2015 Bright European Skateboard Awards are ON! Vote Now and Win Prizes by Nixon and Vans.

The 2015 Bright European Skateboard Awards are on their way. Before the final ceremony at the House of Vans Berlin on January 20th, 2015, the public is able to cast a vote on every single category for the first time ever in 4 years of existence. Between December 1st and 15th, 2014 everyone is invited to vote for their favourites out of a selection of 5 top names per category. The voting forms are available online at awards www.brightskateboarding.com

In the previous years, the voting process saw a college of more than 150 professionals from the skateboard industry at large (shop owners, pro and amateur skateboarders, editors, photographers, filmers, brand managers, you name it…) decide on the winning ticket across 11 categories, leaving the public a chance to elect the “Kingpin Readers’ Choice Award”. The 11 categories to be awarded are: Skate-Aid Charity of the Year, Magazine of the Year, Website of the Year, Shop of the Year, redbull.com/skateboarding Videographer of the year, Photographer of the Year, Short Clip of the Year, Full Feature of the Year, Brand of the Year, Rookie of the Year and of course the Kingpin European Skateboarder of the Year. Our partners and supporters have also joined forces to offer a special reward for each voters: every ballot matching the winning ticket will be entered a lottery to win Nixon and Vans products, as well as a VIP ticket to the award ceremony in Berlin in January 2015.
1st prize 1 Nixon watch, a pair of Vans, and a VIP ticket to the 2015 BESA Ceremony
2nd to 5th prize 1 Nixon Watch and a pair of Vans
6th to 10th place A mix of accessories from Nixon and Vans

About Bright European Skateboard Awards:
Since 2011, BESA celebrates the European skateboard scene by awarding all the movers and shakers of the scene across multidisciplinary categories. It has become one of the most attended social event of the industry, with more than 600 guests from around the globe.

About Bright:
Now in its 10th year, Bright has become the leading Trade Show for Streetwear, Sneakers and Skateboarding. As active part of the Berlin Fashion Week, its next show will be from January 19th to 21st, 2015.

About Nixon:
Founded in 1998 in Encinitas, CA, Nixon is the premium watch and accessories brand for the youth lifestyle market. Focused on making the little stuff better, Nixon began with a small line of team-designed, custom-built watches sold exclusively in specialty boardsport and fashion retailers. Currently distributed in over 90 countries, Nixon’s product range has grown to include select men’s and women’s softgoods, leather goods, and custom audio products.

About Vans:
In 1966, the Van Doren Rubber Company opened up for business in California. Within a few years, global skate culture adopted Vans shoe as their favourite brand, and today Vans still represents a look that epitomizes the Southern California lifestyle. With more than 45 years of history – and now offering a complete range of footwear, apparel, accessories & outerwear – Vans has risen to become a worldwide dominant force in the action sports industry and the genuine brand of choice for the contemporary lifestyle consumer. 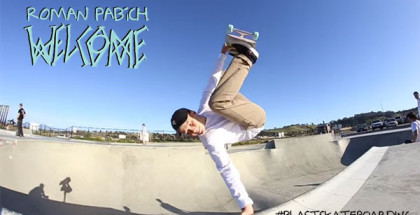 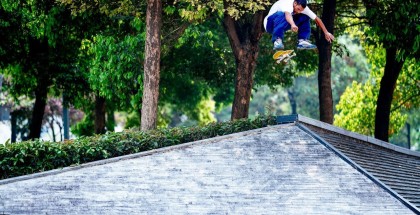 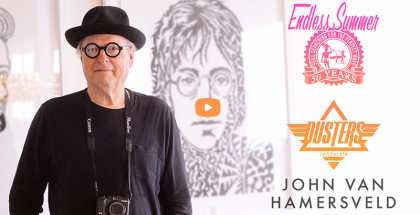