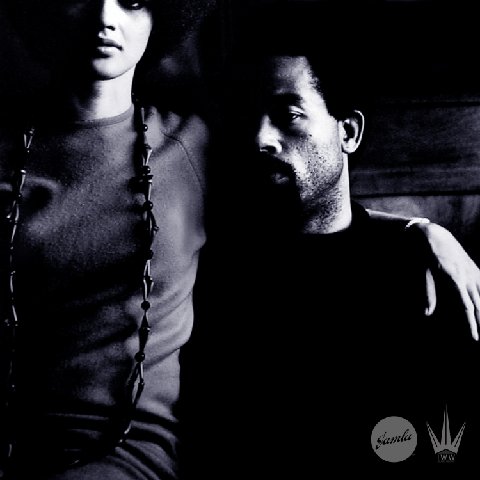 They say it’s different across the bridge, and there is something definitely different about GQ. In the words of 9th Wonder, simply put, “he’s a star”. GQ, who Grammy Award winning producer, 9th Wonder, coins his “secret weapon” is not only a former NCAA basketball champion, but in fact Oakland’s next Hip Hop hero. Born and raised in Oakland, California, GQ (also known as Quentin Thomas) found his passion for music at an early age; nine to be exact. Influenced by a wide array of music genres and artist, the young GQ became a fan of lyrics and started to pen his first rhymes; all while training to be a college hoops star. In 2004 he was recruited by Roy Williams to play for the University of North Carolina’s storied basketball program; and was a member of the 2005 National Championship team his freshman year. Some years later, and already a champion of one passion, he was well on his way to being a champion of his other – rhyming. GQ signed with 9th Wonder in 2009, one of the last artists to join the budding Jamla roster, which has grown to be one of the most buzzed about indie labels today. Of the multi-talented emcee, 9th Wonder says, “he isn’t a basketball player that can rhyme; he is a rapper that can ball.” His style is passionate, controlled, lyrical and he is a master of telling the gritty, dark tales of the place we know as “OakTown”. In 2010, GQ was featured on EA Sports’ NBA Live 10 video game, alongside Mississippi’s own, David Banner. The following year, the Oakland emcee released a few singles, and a three-part mixtape series, entitled ‘Blended’, before unleashing his first project under the Jamla imprint ‘Trouble Man.’ Currently, is setting up for a big 2013 introduction with his two part release, ‘Death Threats and Love Notes: The Prelude’ the prequel to his debut album which features guest appearances from Nipsey Hussle, Kurupt, Rapsody, Heather Victoria and production from 9th Wonder & The Soul Council. GQ’s ‘Death Threats & Love Notes: The Prelude’ will be released on 3-26-2013 via Jamla Records.
Tracklisting and credits for GQ’s ‘Death Threats and Love Notes: The Prelude’

New Audio: Carbin ‘Changes’ (Produced by C-Sick)
‘Changes’ is the first leak from Carbin’s forthcoming EP, ‘A.I.R.’, which will be released in April and will hold fans over until Carbin releases his LP later in the year.

New Video: Moe Pope & Rain f/ REKS & Dua Boakye ‘Spit vs Ramo’
Moe Pope & Rain release the video for ‘Spit vs. Ramo’ the fourth video off ‘Let The Right Ones In’ (via Brick Records) which features guest vocals from Reks as well as Dua Boyake, the lead front man of Bad Rabbits. ‘Let The Right Ones In’ is completely sample-free and features guest appearances from an eclectic range of artists including John Robinson, Lady Lamb The Beekeeper, Ceschi and more. Pope & Rain’s follow up to 2010’s ‘Life After God’ is “a hip-hop record that revel[s] in both joy and pain, rap and rock and everything in between,” said Martin Caballero of The Boston Globe. “The beats bubble with a seductive underlying tension that blurs the line between the upbeat and the morbid”

‘Let The Right Ones In’ is available in limited edition CD and Vinyl packages, as well as digital formats at:

New Audio: Meko McAfee f/ Brandun Deshay & J. Black ‘Sip Something Smoke Something’
After releasing a handful of mixtapes, San Francisco native and now a Los Angeles resident, Meko McAfee will be releasing his debut long-player ‘Player Music’ on 5-7-2013 and it features appearances from Big Pooh, El Prez, DaVinci, Brandun Deshay and others and production from Cardo, Jelly Roll, Young Shun & more. “I want to be respected lyrically like an underground artist. However, I am not trying to be strictly an underground artist; I want to be an international artist. My LP and topic matter is relatable to fans from the Bay area to New York to Japan to Germany” Meko states. Here is the second single, ‘Sip Something Smoke Something’ f/Brandun Deshay & J. Black (produced by Amplified) from Meko McAfee’s upcoming debut LP ‘Player Music’ dropping 5-7-2013. “The first time I ever heard of Brandun Deshay it was on a Battlecat track, since my dude Amplified definitely has the same vibe as Battlecat, I knew Brandun would be perfect for this joint; and the homie J. Black killed the hook. Its some real player sh*t!” Meko proclaims.

New Audio: Local-Mu12 ‘Unhappy’
Fokis‘ bi-coastal crew, Local-Mu12, drops there first official single ‘Unhappy’ and preps for the release of thre debut LP. Produced by The 17th, is a fun and entertaining song that everyone at some point in their life can relate to; the day to day frustrations and struggles that come along with living. The song features Local-mu12 members The 17th, Fokis & Broadway Barrett. “I park in handicap spots when theirs only one left, my team lost and I F*&#ing hate the Jets. I went to the gym all week and benched pressed for like 10 sets but I still got a little chest” rhymes The 17th. Founded by William Fokis Heredia in Late 2011, Local-Mu12 is a collective of artists and producers, unified and structured like a union and was designed so that the members are able to gain maximum exposure by working together as one collective. Currently Local-Mu12 consists of 9 members—Stryfe (Detroit), TJ (California), MoodsandVibrations (MD), Real McKoy (NC), RP (NY), The 17th (CT), Broadway Barrett (NY), Son-Ray (NY) and Fokis (NY). Local-Mu12 is putting the finishing touches on their debut album entitled, ‘Labor Day’, which is scheduled for release in early May.

VV. AA. ‘Epilogue of a Car Crash! A Tribute to Orchid!’

Come The Spring ‘Seven For A Secret’ 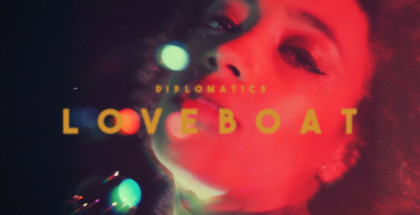 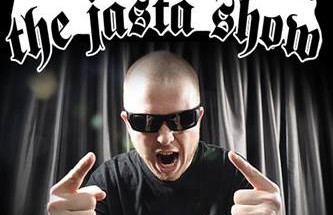 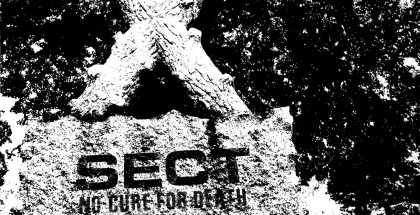