A Great Big Pile Of Leaves, Young Statues & Mansions to tour together in 2012

A Great Big Pile of Leaves, Young Statues & Mansions to Tour Together in 2012 – Dates Kick Off March 1 and Include Stops at SXSW and TX’s Never Say Never Festival 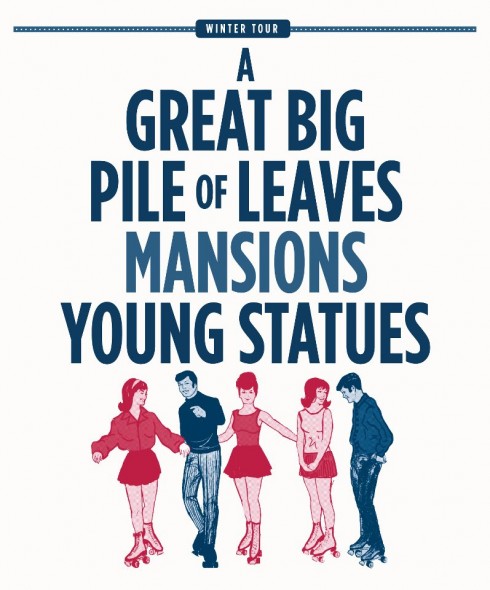 A Great Big Piles Of Leaves (Topshelf Records) Young Statues (Run for Cover Records) and Mansions (Burning House/King Bones) have announced plans for a 2012 trek that kicks off March 1st in NYC and includes stops at Never Say Never Festival in Mission, TX and appearances at SXSW. The tour winds down on April Fools Day in Boston, MA. Brooklyn, NY’s A Great Big Pile Of Leaves recently released a pair of EP’s, one a live recording titled ‘Live From The Living Room’ and the other, a studio EP titled ‘Boom!’ Philadelphia, PA’s Young Statues released their critically acclaimed self-titled debut in November. Last month, both bands opened for The Early November on their sold out reunion show in NJ. Praise for A Great Big Pile of Leaves:

“…indie pop with a buttoned-down sophistication and the upright carriage of a chamber-pop act… at once dreamy, delicate and insistent, shuffling seductively in its gentle beauty…. pretty, urbane indie pop… well-crafted and crisply executed.”-Alternative Press

“…a cumulative composite of 30 years of indie Americana, weaving a clear thread through Fables of the Reconstruction-era REM, mid-90′s alt-country and the post-millenial roots-pop of groups such as the Shins and Band of Horses…..”- Alternative Press

“With a sound firmly rooted in Americana, indie-pop and emo-tinged acoustica, it’s a rich palette of sounds that New Jersey / Philadelphia-formed Young Statues draw from on this debut…singer Carmen Cirignano’s vocals wrap a warm embrace around these eleven dreamy tales of lost love and life on the fringes.”- Rock Sound

Miss May I To Enter Studio In January Third Album To Be Produced By Machine (Chiodos, Every Time I Die, Lamb of God, Four Year Strong) And Expected To Be Released Spring 2012 Band Confirmed as Direct Support on Whitechapel’s Recorruptor US Spring Tour UK/European Dates with Parkway Drive Also Announced 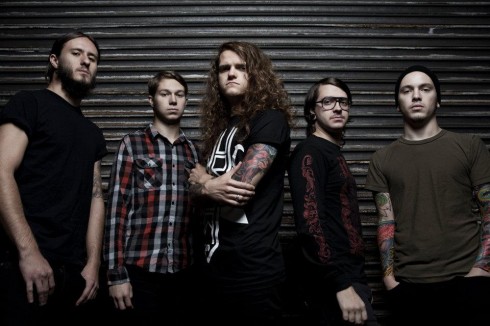 OH’s Miss May I will enter The Machine Shop studios starting in early January to begin work on their 3rd release for Rise Records, which is tentatively scheduled to drop in spring 2012. The LP will be produced by Machine (Chiodos, Every Time I Die, Lamb Of God, Four Year Strong) and according to bassist/clean vocalist Ryan Neff, will be the band’s “most metal and dynamic release thus far.” Miss May I has been writing songs since the spring of 2011 and began pre-production with Chris Rubey of The Devil Wears Prada during the summer while out on the Vans Warped Tour. The forthcoming release will serve as the follow-up to the band’s breakthrough sophomore effort, ‘Monument’, which debuted at #76 on the Billboard Top 200. With combined sales of nearly 100,000 units over the course of their burgeoning career and a highly buzzed about stint on Warped Tour 2011, Miss May I is currently canvassing the country on their nearly sold-out No Guts, No Glory tour. The band has also been confirmed as direct support on Whitechapel’s Recorrupter U.S. Tour and will join the lineup on Parkway Drive’s UK/European Tour, both of which kick off this spring (see dates below.) As they prepare to start work on their biggest and heaviest release yet, 2012 is already shaping up to be another monumental year for Miss May I.
No Guts No Glory Tour Dates:
Dec 08 St. Andrews Hall Detroit, MI
Dec 09 The Bottom Lounge Chicago, IL
Dec 10 The Cabooze Minneapolis, MN
Dec 12 The Summit Music Hall Denver, CO
Dec 13 In the Venue Salt Lake City, UT
Dec 15 El Corazon Seattle, WA
Dec 16 Hawthorne Theatre Portland, OR
Dec 31 The Attic Dayton, OH 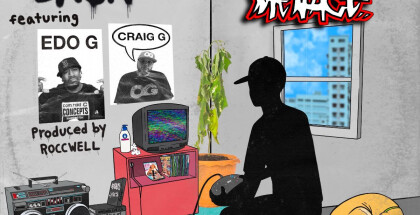 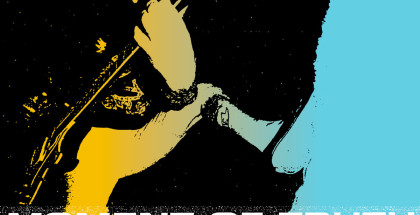 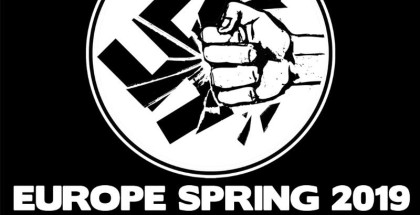 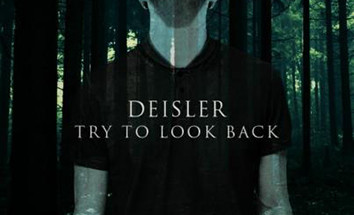