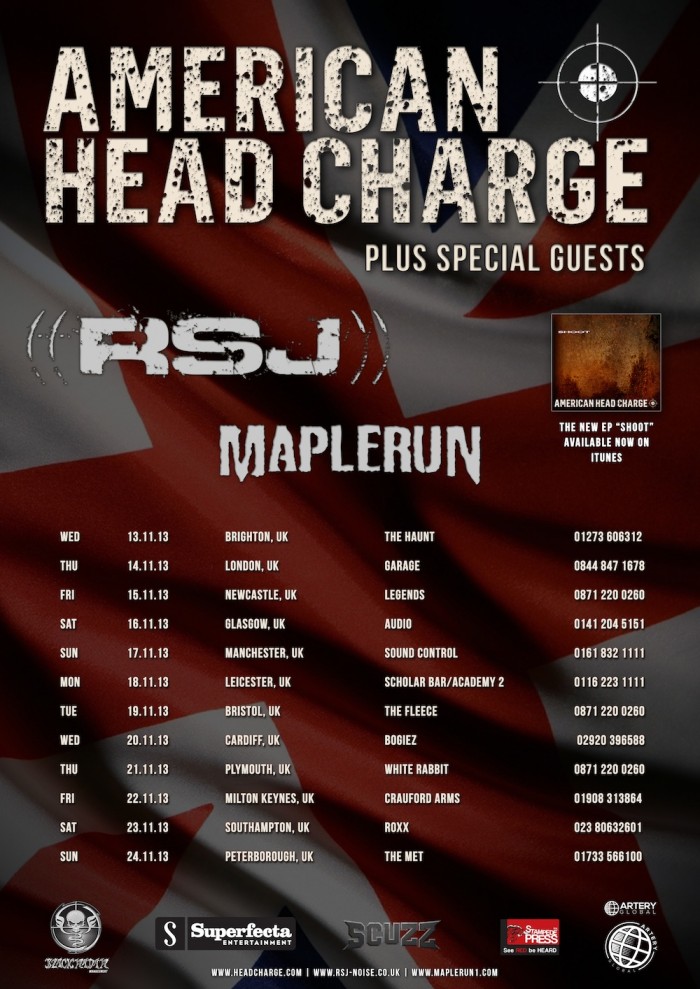 Following the release of their critically acclaimed new ep ‘Shoot’ and their first major tour in 6 years, one of the finest bands of the industrial / metal genre are set to return to the UK this November.

American Head Charge bassist and co-founder Chad Hanks speaks for the band when he says “Beyond a shadow of a doubt, we’re all looking forward to returning to the UK for the Shoot Tour Part II. It’s been way too long, and we’re going to make it a tour to remember. See you soon, ladies and gents.” Pulling no punches, keyboardist J.Fowler adds “Brace yourselves. We’re back on the march and we’re coming to rip your faces off…You wanted it? You got it!”

“American Head Charge is back, sounding bigger and better than ever!” – Vegas Seven 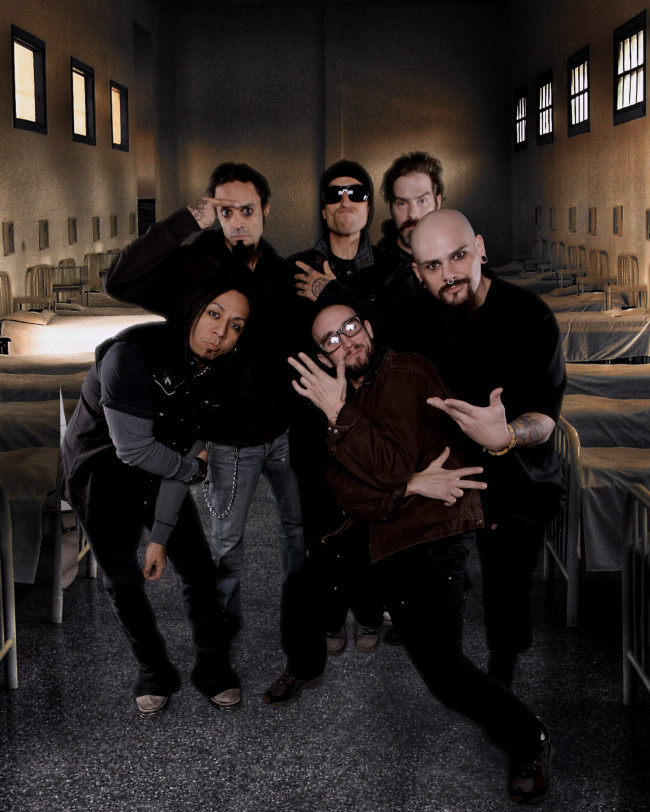 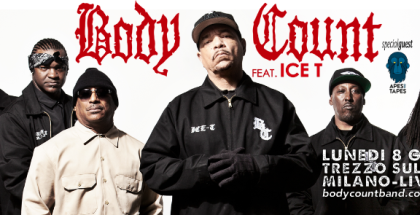 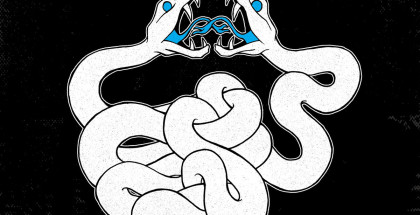 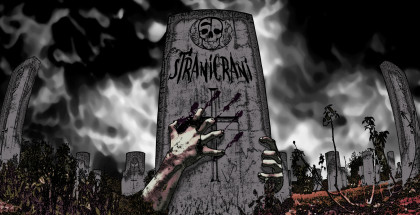