…And You Will Know Us by the Trail of Dead

…And You Will Know Us by the Trail of Dead – new full length album ‘TAO OF THE DEAD’ set for European release on February 7th, 2011 First Single ‘Summer Of All Dead Souls’ due out November 29th

New York, NY – Revealing secrets of their longevity, the core members of …And You Will Know Us by the Trail of Dead – Conrad Keely and Jason Reece – are back with their seventh longplayer. Aptly titled, TAO OF THE DEAD, …Trail of Dead (also lovingly known to some as the band that won’t die) come back yet again with a surprisingly forceful yet sophisticated new album that evokes a refreshing nostalgia (paying faithful homage to Pink Floyd, Rush, Steppenwolf, and Neu!…yes NEU!). To retrace their musical steps, the band enlisted long-time friend Chris “Frenchie” Smith (producer of the band’s seminal 1998 self-titled LP) to find that blistering sound that pricked up critics ears 12 years ago. We find them also experimenting with celebrated indie producer Chris Coady (Beach House, Yeah Yeah Yeahs, Blonde Redhead) on a 15 minute opus titled “Tao of the Dead Part 2.” The immediacy of this new album is not to be missed and picks up where 2009′s The Century of Self left hardcore fans wondering “what’s next?” To kick things off the label will be releasing the first digital single off the album “Summer Of All Dead Souls” on November 29th…Formed in late 1994 by singers/guitarists/drummers Conrad Keely and Jason Reece, Trail of Dead has evolved over the years expanding their line-up while still being creatively driven by the core founding members. Friends since childhood, Keely and Reece started playing music in the indie rock town of Olympia, WA and eventually relocated to Austin, TX where they started …And You Will Know Us by the Trail of Dead. Their first release was a self-titled album that came out on Trance Records in 1998 and was succeeded by Madonna in 1999 on Merge records. …Trail of Dead toured the US with Superchunk shortly after and in 2002 they released Source Tags and Codes on Interscope Records. Over the next four years the band released two additional albums on Interscope Records – World’s Apart and So Divided before parting ways in the fall of 2007. In the Spring of 2008, …Trail of Dead launched their Richter Scale Imprint and thanks to a partnership in the US with Justice Records and in Europe with Superball Music, their sixth studio album The Century of Self was released in February 2009. The past two years has seen …And You Will Know Us by the Trail of Dead flourish with the return to their indie roots and with the regaining of their independence. Their last album The Century of Self earned them raves in the press. SPIN gave the album a four star review, The New Yorker raved “…ferocious…a new brand of progressive rock infused with anarchic execution…” and Billboard proclaimed Trail of Dead “…has once again found its footing.” In the Spring of 2010 the band entered a worldwide deal with Superballmusic and their Richter Scale Records Imprint. With a new deal in place, Keely and Reece are ready to unleash their latest opus TAO OF THE DEAD on February 7th in the UK and Europe and on February 8th in North America. The band will of course be touring in support of the new album, kicking things off in Europe at the end of March on a co-headlining tour with Rival Schools and then heading out in the US at the end of April. The full tour dates will be announced shortly. 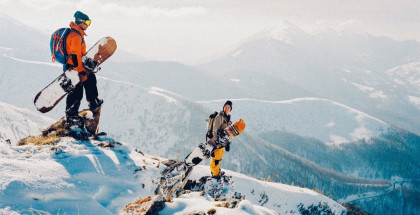 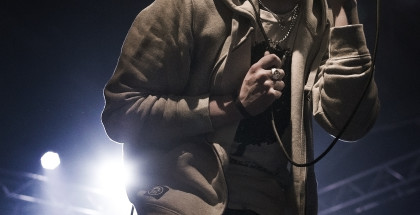