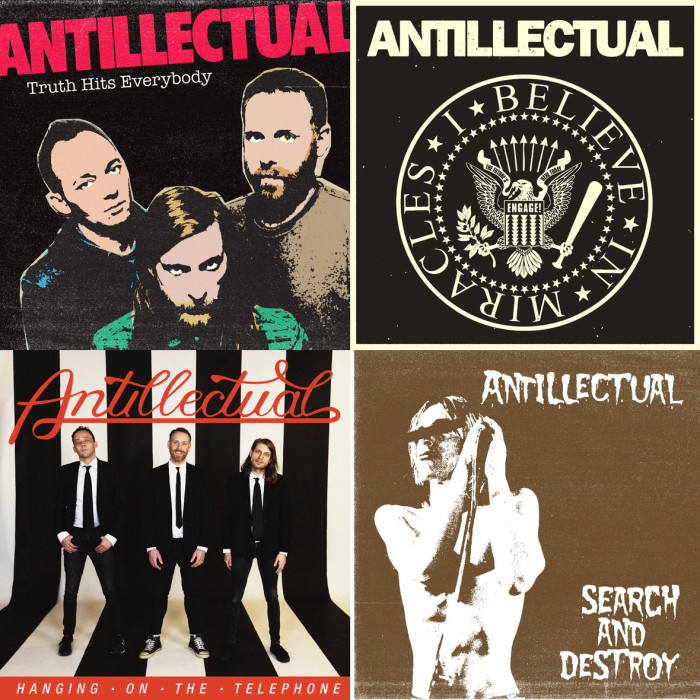 The band’s first new material in 4 years consist of 4 re-recorded classic punk songs: ‘Truth Hits Everybody’ (The Police), ‘Hanging On The Telephone’ (The Nerves, Blondie), ‘I Believe In Miracles’ (Ramones) and ‘Search And Destroy’ (The Stooges).

“When the cover idea surfaced we didn’t feel like covering the bands we grew up on. Most of them are still around or reunited. It seemed much more interesting to go back some more generations and find early punk songs with a melodic vibe to them.”

The cover artwork consists of adaptations of the four original layouts, re-designed by Andy Dahlström (Satanic Surfers). The rhythm section was recorded live by the band’s sound engineer Emiel Thoonen. Vocals, guitars and hammond are recorded by legendary Dutch producer Menno Bakker (NRA, Seein Red, Undeclinable Ambuscade) at Amsterdam Recording Company. Dubs and edits are kept to a minimum, this is as raw/unpolished as Antillectual gets in the studio. The self-released album is available via the most popular digital platforms and on classic black 7-inch via the band’s website, with a distribution partnership here in North America with Thousand Islands Records. Additional international distributors include Mud Cake Records (Germany), Lockjaw Records (UK), White Russian Records and Fond Of Life. Because of the current corona crisis Antillectual can’t promote the release with live concerts, instead they will throw a live online release party via Facebook and Instagram on Friday May 15 with acoustic renditions and a Q&A, more details HERE. 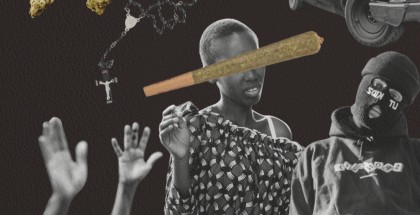 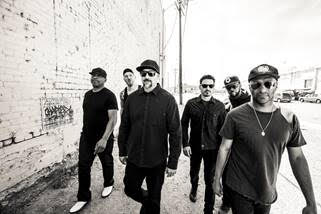 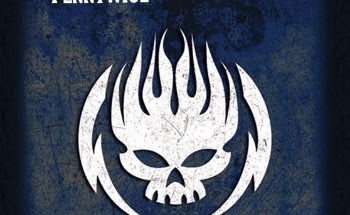