Arnette IN YOUR FACE…it’s time to vote

Final stage of the Arnette IN YOUR FACE Video Contest! The skateboard video parts are online and the voting just started!

It’s getting exciting! Within the next 10 days the decision will be made of which of the skate crews is going to win the Arnette IN YOUR FACE Video Contest 2010. While the premiere parties of the contest’s surf division are still taking place, the four parts by the skate crews from Italy, Spain, Germany and France are online. Now you can – and have to! – vote, as the winning crew will get an all expenses paid skate trip to the home of Arnette, California. The ZUCKA crew from Vicenza is in the running for Italy. They just had their premiere party last week with a huge crowd of fans celebrating them and we can therefore count on the crew, consisting of Fabio Bottelli, Andrea Munari and Giacomo Rasotto getting tons of support during the online voting. But the competition is fierce as not only the Goodstuff crew (Munich), but also the SUICHI crew (Barcelona) as well as Les Bloby’s (Paris), have a quite impressive amount of fans supporting them.

Arnette IN YOUR FACE video parts and online-voting
You can now watch & vote for the video parts online on the Arnette Europe Facebook page.
Voting ends on 10th November (12 pm)

Prizedraw
Furthermore users taking part in the voting can win Arnette sunnies as we are giving away 10
pairs. So not only the crews but you as well can win! The winners will be notified via Facebook.

So stop wasting time: go on www.facebook.com/arnette.eu, click on the „Like“ button of your favorite part and with a little bit of luck win a pair of Arnette sunnies!

Arnette IN YOUR FACE trailer:

THE MATCH: Outcube Vs Punch In Mouth 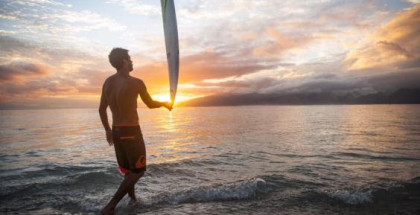