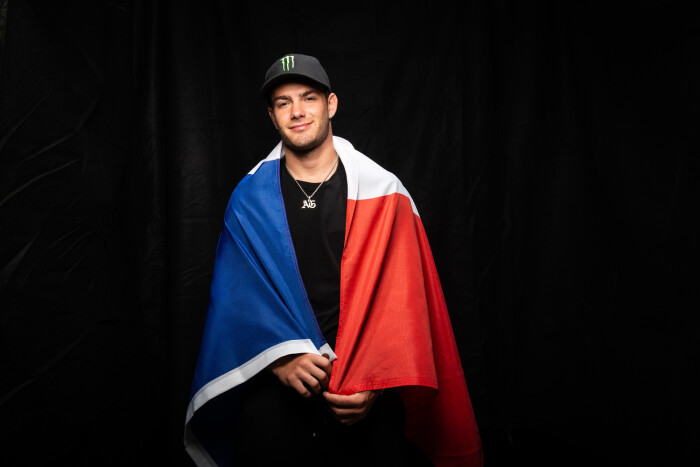 Giraud is known for his larger-than-life skateboard tricks in the streets – particularly on massive gaps and handrails – as well as his success in big-ticket skateboarding competitions such as X Games, Dew Tour, and Street League Skateboarding (SLS). 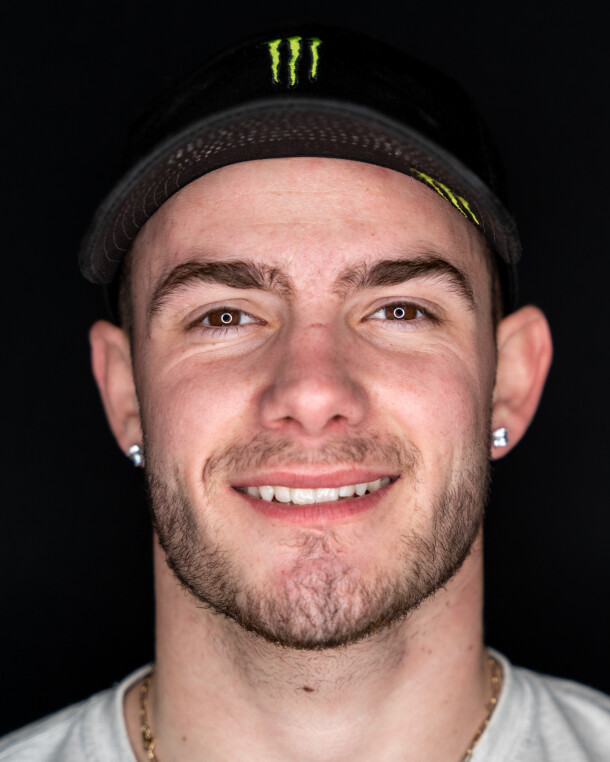 Viewers can now learn the story behind the rising pro by watching Episode 1 of ‘Aspire – Inspire’ featuring Aurelien Giraud on YouTube. Filmed in high-definition quality by Barcelona-based skateboard filmmaker Marco Savino, the episode visits Giraud’s hometown roots with interviews from his family, mentor, and fellow skateboarders in Lyon, France. As a special treat, the video also features footage of Giraud as a small kid entering competitions and progressing at skateparks. The Aurelien Giraud episode kicks off a new mini-documentary video series produced by Monster Energy: ‘Aspire – Inspire’ is here to document the origin stories of inspiring personalities on the Monster Energy skate team. Viewers get to know the backgrounds, personalities, and competitive philosophies that helped these riders overcome obstacles and rise to the top of their respective fields. 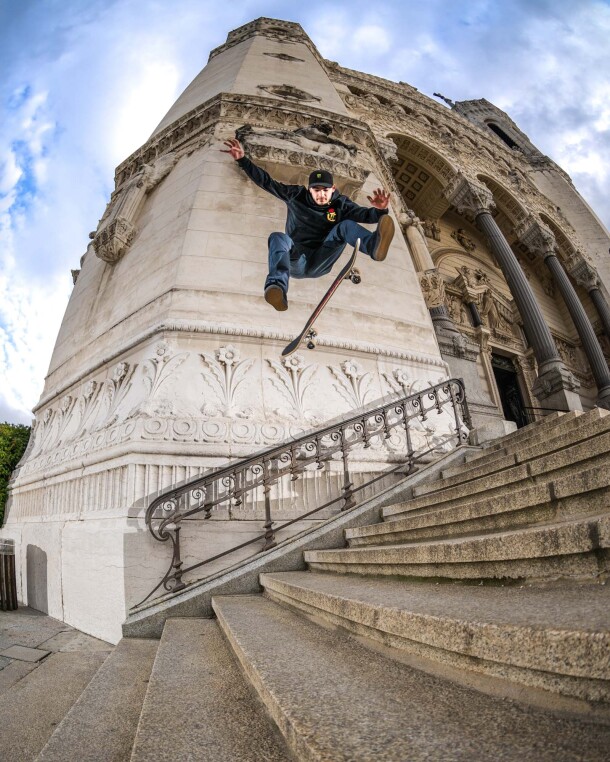 Giraud’s rise has been a long time coming. The child prodigy received his first skateboard at age five and won his first contest at seven. “My parents, when I started skateboarding, were pretty chill. My mother was afraid, and my father was happy just to see me happy in the sport. My father really loved sports, actually doing surfing, and he used to drive race cars,” said Giraud about his supportive upbringing in the video. 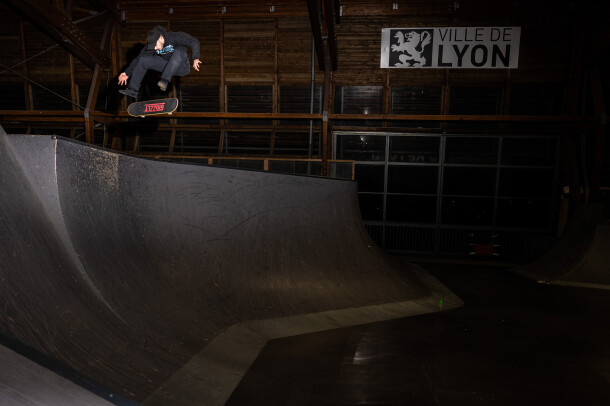 In the episode, Giraud visits the local skatepark in Lyon, where he learned to skate as a young upstart and first materialized his unique gift for mastering the most difficult tricks. “Aurelien is a unique guy,” said his manager Jérémie Grynblat in the first ‘Aspire – Inspire’ episode. “He’s unique like the top athletes in other sports because he’s a really hard worker. He repeats the trick every time when he wants to learn a trick. Repeat, repeat, then when he gets the trick it’s locked.” 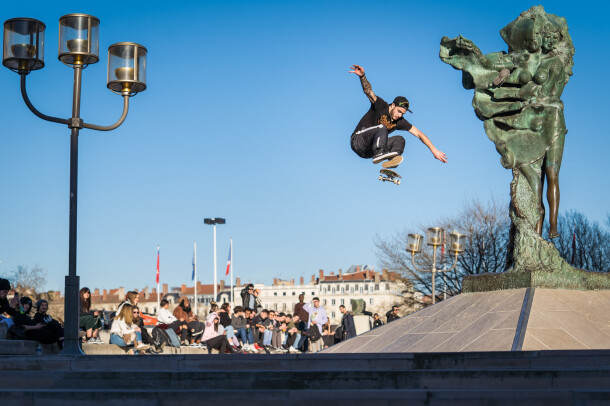 In 2015, Giraud’s outstanding talent helped him break into the international spotlight by winning the coveted Tampa Am street skateboarding competition. “This contest was the World Championship for amateurs. When you won it, you know you have a really good chance of becoming a professional skateboarder” said Giraud about the experience, adding: “This contest is so stressful; everybody wants to win. It’s not like in Tampa Pro. I did them both and I can say that Tampa Am was way harder.” 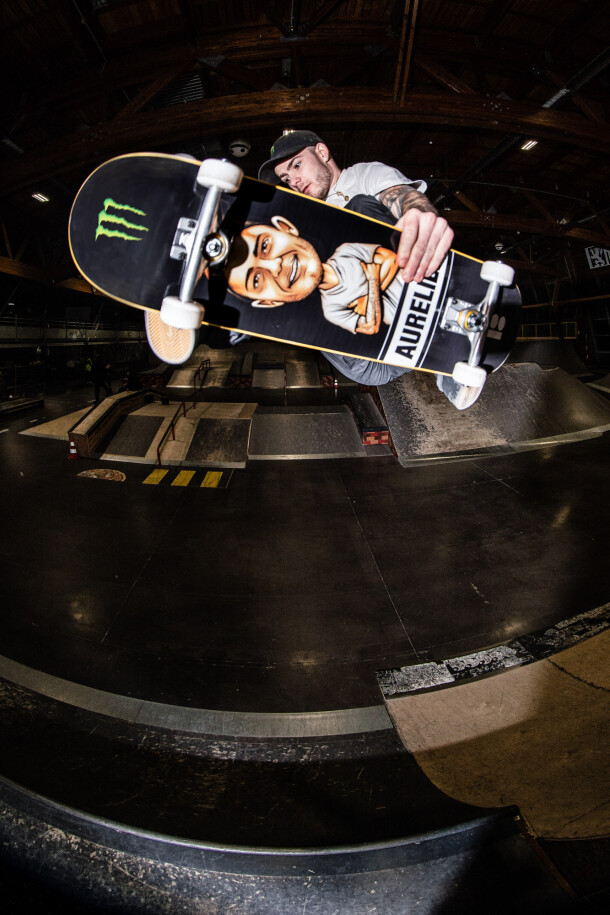 As a pro, Giraud proceeded to claim first place trophies in high-profile international contests such as Simple Session (2016 and 2017), Dew Tour (2019), FAR’n High (2019), and the French National Championships (2019). “Tampa was a game changing moment. Until Tampa I couldn’t see Aurelien having a real career. But with Tampa, I was able to figure out how Aurelien was regarded by the outside world,” said his mother. 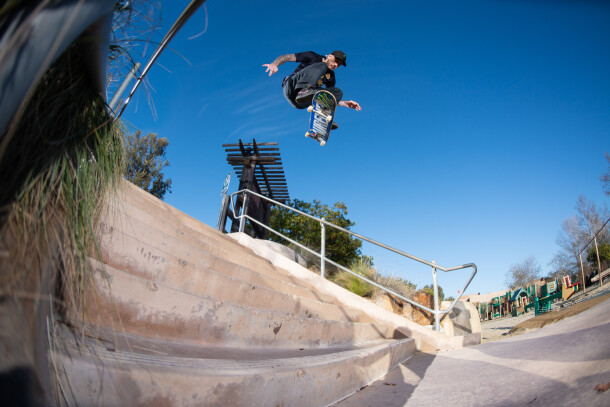 The dream continues in 2021: As part of Team France, Giraud will be competing in skateboarding’s upcoming debut at the Tokyo Olympics this summer. Bringing his journey full circle, Giraud currently prepares for the big event at Ville de Lyon skatepark where he started skateboarding at age 4. Speaking on the Olympics, Giraud said: “It does mean a lot to me to represent France in the Olympics. It’s just amazing. I never expected that when I was a kid; I just wanted to be a professional skateboarder. I saw that people are putting everything on me, and sometimes it’s stressful but you just want to make your country proud”. 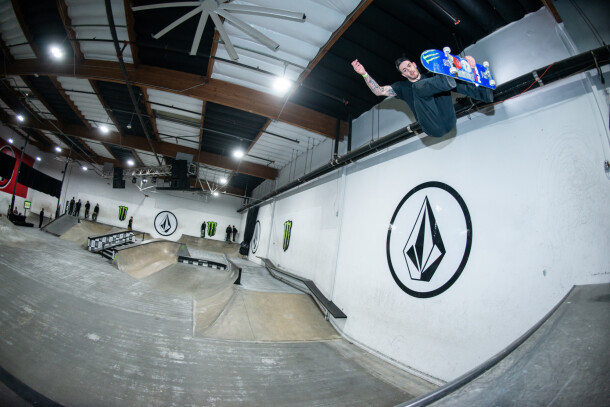 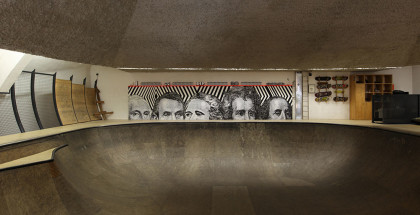 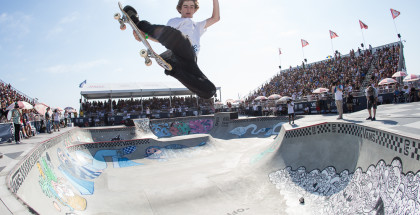 The Highlights And Lowlights Of The Fourth Annual CPH Pro... July 5, 2010 | Salad Days 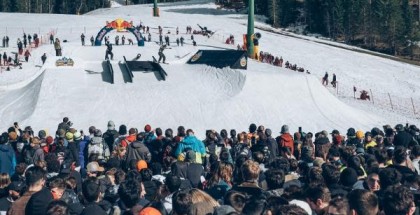