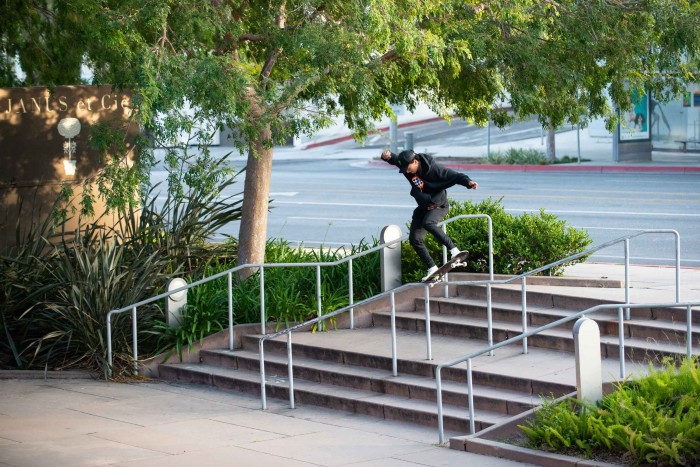 Get into the mindset of the world’s top-ranked street skateboarder! Episode 5 of the ‘Aspire – Inspire’ mini-documentary video series, featuring 26-year-old Olympic skateboarder Nyjah Huston from Laguna Beach, California. Recognized as the most winning street skater of all time, the 13-time X Games gold medalist will represent the United States in skateboarding’s debut at the Tokyo Olympics this July. 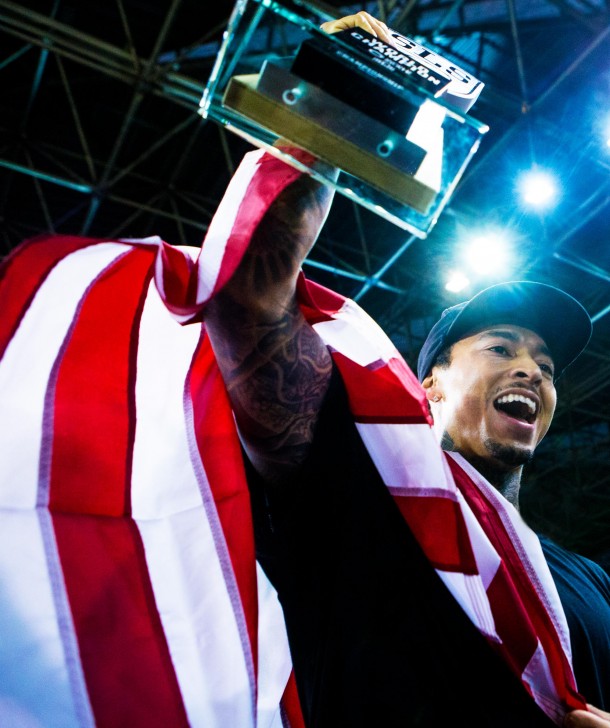 The 12-minute video catches Huston at his private training facility and during filming missions at street spots across Los Angeles. Between battling tricks on massive stair sets and dodging security guards, the world’s highest-ranked street skater speaks on his legacy and the importance of skate videos filmed in the streets.

“I want to be remembered as someone who gave it their all-in skateboarding all around. I don’t necessarily want to be remembered as the guy who won every contest or skated in the Olympics, or possibly won a gold medal. I feel like your real legacy as a skater is what you brought to skateboarding as a whole” said Monster Energy’s Huston in the episode. 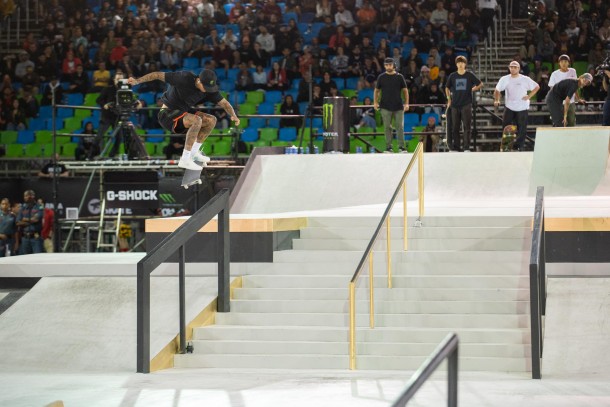 This latest ‘Aspire – Inspire’ episode was filmed and edited by Ryan Neddeau and produced by Mike Burgess at EPC Los Angeles, with additional filming by Jared Lucas. The video dives into Huston’s past as a child prodigy and future Olympics competitor. It also provides a rare glimpse into the upcoming biographical film project, ‘Nyjah’, directed by boundary-pushing skateboard filmmaker Ty Evans. 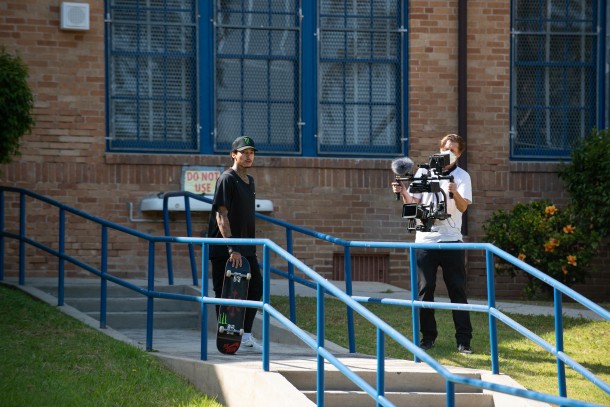 “You saw this amazing young kid that you knew was going to be phenomenal. And he turned into what we all knew he was going to be” said filmmaker Ty Evans about Huston’s skateboarding journey. 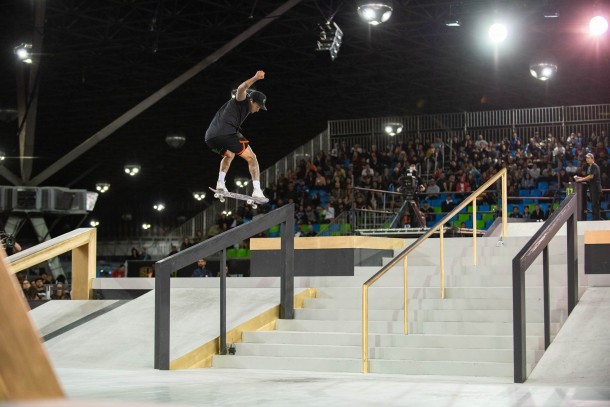 Huston’s biography is unique in skateboarding – and all of sports. Raised under the strict influence of his father, Huston picked up skateboarding at a young age and soon evolved into a fierce competitor beyond his years. “Skateboarding played basically every role in my upbringing. I started skateboarding when I was five. I was progressing really fast and started winning little hometown contest when I was six” said Huston in the episode, adding: “My love for it was just so strong right away.” The rest is history. At age 11, Huston won the coveted Tampa Am competition that serves a gateway into professional skateboarding. After making his debut in the world’s largest action sports competition, X Games, in 2006, he earned his first gold medal in 2011 and has since claimed 19 X Games medals in total (13 gold, 4 silver, 2 bronze). During pandemic shutdown in 2020, Huston added to the legacy by winning the first-ever X Games Real Street Best Trick competition with a Caballerial noseblunt down San Francisco’s Clipper ledge. The gold medal-winning trick represents Huston’s penchant for massive stunts. “Growing up watching skateboarding, I instantly gravitated towards the gnarly stuff. I really loved watching guys like Reynolds, Arto, Rowley, Jamie Thomas. Just big rail skating! I guess it makes sense that I grew up to be the skateboarder that I am nowadays” said Huston on the ‘Aspire – Inspire’ episode. 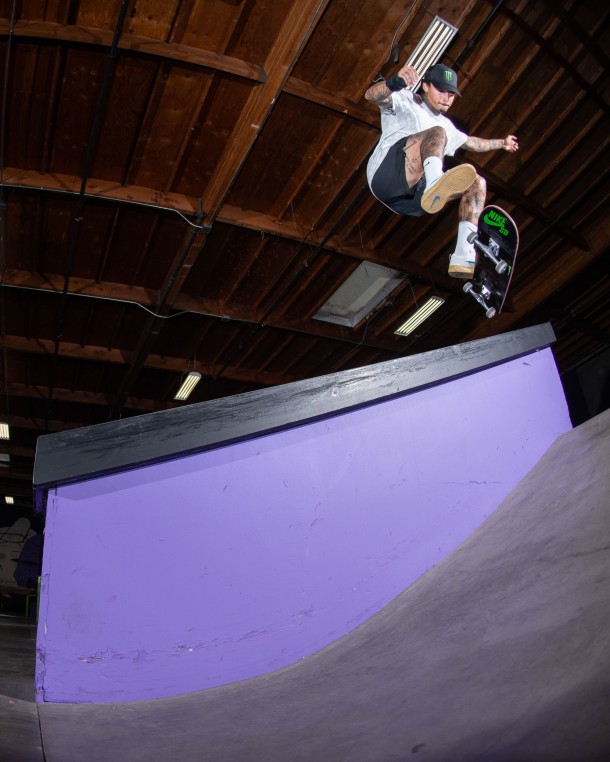 Huston’s ability to go big in the streets found its perfect match in the competitive arena upon 2010’s launch of the Street League Skateboarding (SLS) series. Contested on authentic street architecture like big handrails and massive stair sets, SLS replicated the urban skateboarding experience in arena-sized competitions with six-figure payouts. And no skateboarder understood – and dominated – the SLS format like Huston: with a total of 23 Street League wins under his belt, Huston has won millions of dollars in prize money and claimed the overall SLS World Championship title in 2010, 2012, 2014, 2017, 2018, and 2019. What’s more, the authentic SLS judging format for street skating has since become the official rulebook for Olympic skateboarding. And to no surprise, Huston’s dominance carried over into Olympic qualifiers: on the strength of 269,900 points – and a more than 50,000-point lead on the next competitor – the reigning Street League Skateboarding Super Crown Champion is headed to Tokyo as the #1 ranked qualifier. 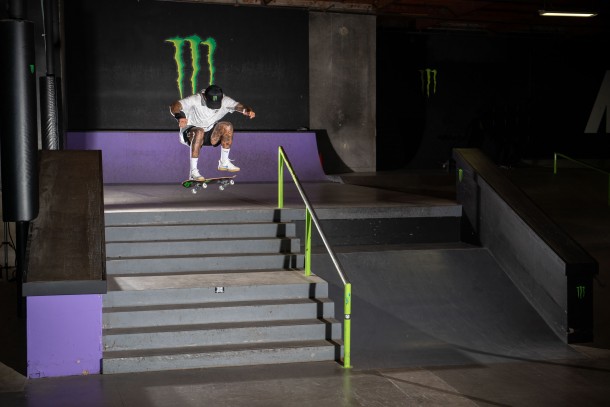 But speaking on his career priorities, Huston said: “I’m proud of myself for all the contests I’ve won. And not to take away from any of those, but video parts… that’s your legacy in skateboarding!” Over the years, Huston has continued to raise the bar in award-winning video segments filmed in the streets such as ‘Rise & Shine’ (Element Skateboards, 2011), ‘Fade To Black’ (DC Shoes, 2014), and ‘Til Death’ (Nike, 2018). “What people remember you for is the video parts you put out. The way you push the limits in skateboarding. What you did on what spots” said Huston about his prolific video output. The release of 2018’s ‘Til Death’, at the time promoting the launch of Huston’s signature shoe on Nike, proved especially impactful. The eleven-minute video garnered more than 1 million views on YouTube within 48 hours, setting a new record for skateboard videos. The project also sparked the ongoing collaboration with filmmaker Ty Evans, known for evolving skateboard videography with the use of helicopters and ultra-high-definition cameras. 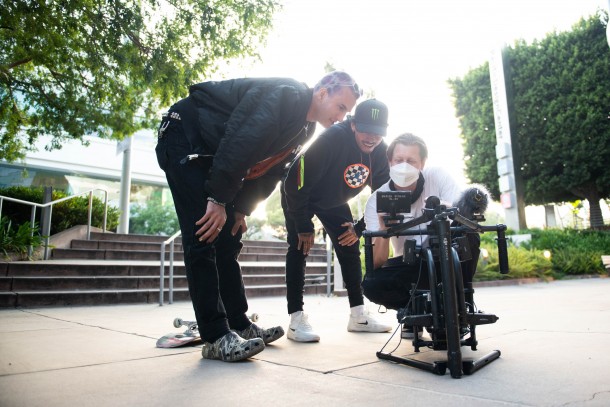 Speaking on the upcoming Nyjah Huston documentary, Evans said in the episode: “The film is definitely his backstory from the beginning to present day. And then his present-day journey to the Olympics. The film is set to release later in the year from Ghost Digital Cinema.” It’s a special moment in time as skateboarding prepares for its history-making debut as an Olympics discipline with Huston as the highest-paid, most recognized representative. “It means a lot to me to have a chance to represent the USA in the Olympics. I feel like it’s something completely new to skating. It’s going to open up a lot of people’s minds to skateboarding in a different way than they thought before” said Huston in Monster Energy’s ‘Aspire – Inspire’. 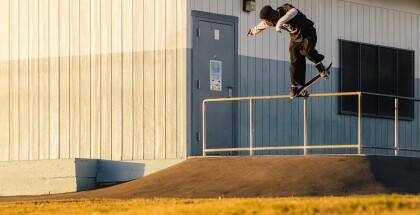 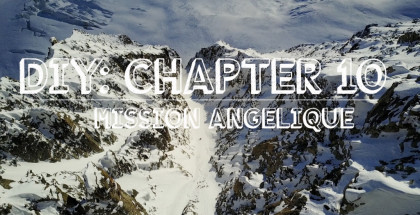 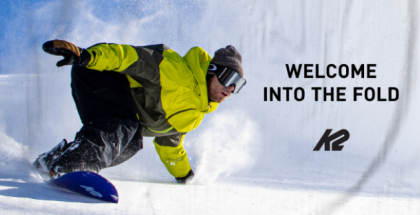 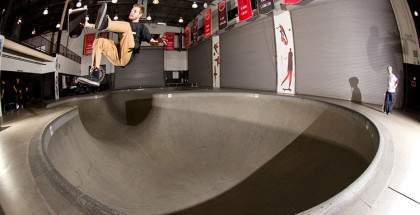