Bay Area skate punk/thrash/crossover band Boneless Ones is back 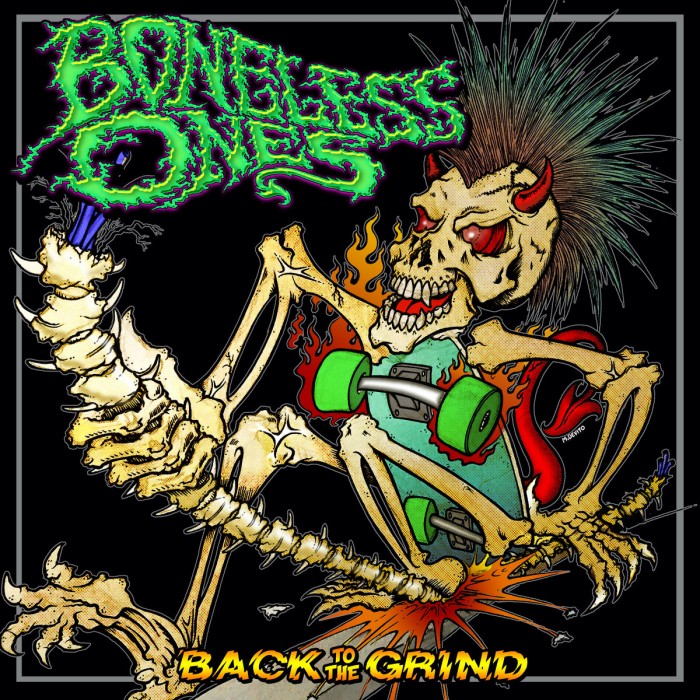 That’s three-plus decades of sonic dominance and counter-culture benefaction. Now, The Boneless Ones find their contumacious voice again on ‘Back To The Grind’ via their own label, Thunder & Lightning Records. After laying the foundation for West Coast Punk rockers a mere 36 years ago venerated skate punk/cross-over legends The Boneless Ones celebrate their much-anticipated return with new album, ‘Back To The Grind’. Featuring founding members Max Fox (vocals) and Troy Takaki (bass) with erstwhile drummer Chris Kontos (ex-Attitude Adjustment, ex-Machine Head) and new guitarist Craig Locicero (Dress The Dead, ex-Forbidden), the Bay Area quartet breathe present-day life into the sounds/customs that crucially bridged punk, hardcore, metal, and skateboarding. In fact, it was appearances on pivotal compilations Them Boners Be Poppin’ (Boner) and Skate Rock Volume 3 – Wild Riders Of Boards (Thrasher) that set up debut album ‘Skate For The Devil’ for near-continuous reverence from the day of its release in 1986 to its most recent re-issue via Beer City Records in 2020. Renowned artist Mark DeVito (Metallica, Motörhead) completes the Bay Area circle with a raging cover piece and a cool new slime-green logo design. The kegs keep flowin’, the party’s never dull, and most importantly, the grinds are always gnarly with The Boneless Ones’s ‘Back To The Grind’.

“We knew what we were doing with ‘Back To The Grind’ would be well received,” says vocalist Max Fox. “It was from the soul. We started with skateboard music, and there was no concept style-wise of what that was back then, so it was all so fresh. When Beer City Records started talking to us about re-issuing ‘Skate For The Devil’, we also started to think about writing a new album. Obviously, the original idea was for The Boneless Ones put out another record after ‘Skate For The Devil’ back in the day. That didn’t happen. It’s been over 30 years, but we’re finally back!” 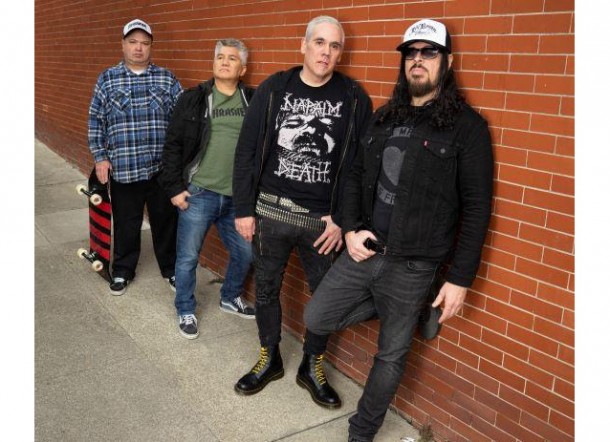 The Boneless Ones formed in Berkeley, California, in 1984. Initially, they weren’t even a musical group—more a cadre of Pro-Am aspiring punks aligned to a single skate-or-die goal. The genesis of the moniker goes back to Fox and cohort Takaki pilfering boneless stickers from grocery store meat departments. They plastered the “boneless” red decals everywhere. Then, still, without a band, they designed a logo. When a skate photo of Fox, Takaki, and ripper Joel Chavez appeared in East Bay fanzine Cometbus, they were mistaken for a real-life band. Naturally, Chavez’s trick—called a “boneless”—combined with youthful guerilla marketing tactics had paid off. The Boneless Ones were officially born. Obligatory lineup changes eventually coalesced into Fox and Takaki bringing in Joe Satriani-educated guitarist Luke Skeels and Fang drummer Tim Stilletto. Not long after, the quartet wrote and recorded ‘Skate For The Devil’ with Kevin Army. The rest, the adage goes, is history. 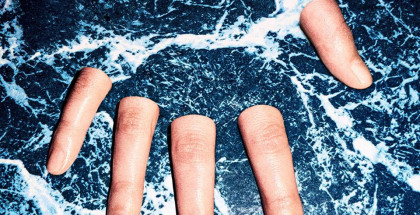 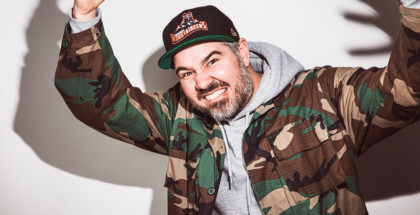 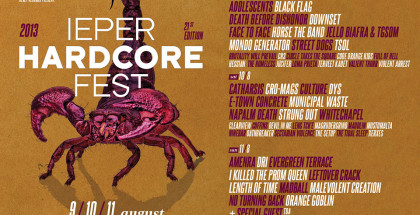 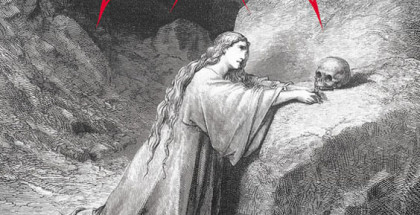