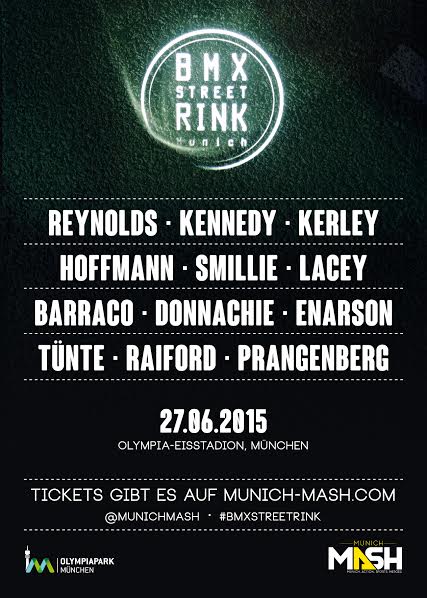 The second edition of BMX Street Rink will go down on June 27, 2015 in the Olympic Ice Stadium in Munich and its line-up including the world´s best street riders has just been completed.

The MUNICH MASH festival from June 26 – 27, 2015 will host the second edition of BMX Street Rink. After the premier in 2014, 12 of the world ́s best street riders will show the current state of the art at BMX street riding on the slightly modified course. There has been so much going on since last year: With his latest edit, Garrett Reynolds has once more set new standards when it comes to trick progression in street riding. Alex Donnachie as well as Devon Smillie have totally killed it at this year ́s Simple Session and are most definitely aspirants for the best trick award. Young gun Felix Prangenberg became part of the Wethepeople pro team and hard to believe, but Alex Kennedy became even better on his bike and is ready to defend his title from 2014. Each and every one of the confirmed riders has what it takes to win this. For those who can ́t wait, have a look at the highlights from 2014. For further information and tickets check www.munich-mash.com!
All details regarding the international web cast will be released very soon.

The Nike SB London AM returns to Notting Hill for the second stop of the Nike SB European Series. 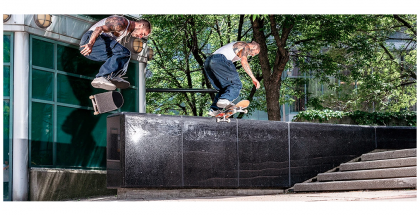 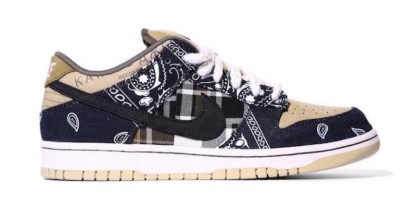