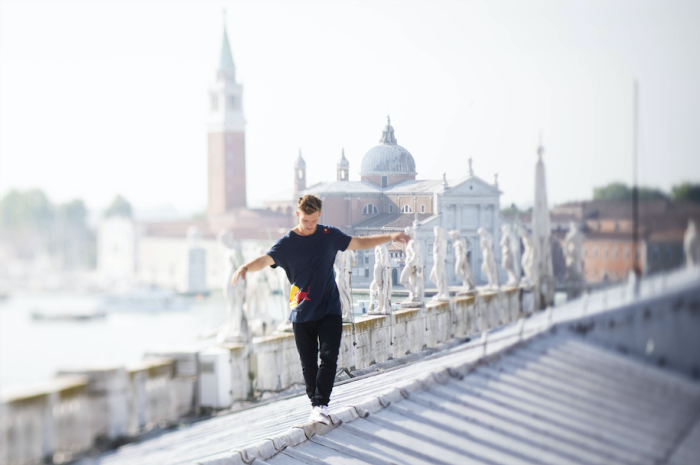 Freerunner Pavel Petkuns, A-K.A. Pasha “The Boss”, jumps to and from bridges and gondolas in search of his girl in the new film produced by Red Bull Media House.

A challenge that nobody has ever attempted before – bringing parkour to an incomparable setting: Venice. This is the concept of ‘Chasing Love In Venice’, the video produced by Red Bull in collaboration with Tapeless Film. The world of parkour has never seen anything like it until now!

The film stars Latvian freerunner Pavel Petkuns. He was born in 1992 and his technical and athletic abilities have made him one of the best freerunners on the planet. Pavel took on the challenge of jumping to and from Venetian bridges and gondolas, a totally new setting for an athlete whose discipline relies upon standard geometric reference points. Suddenly he has to come up against the narrow and crowded streets of the City of Love. And that’s not all. There are also the canals of Venice to deal with. Pasha “The Boss” and his girlfriend are in Venice for the annual Festa del Redentore (The Feast of the Redeemer) along with thousands of other tourists when the freerunner falls into the water while leaning over the railing of a ferryboat as it pulls away, taking his beloved with it. And that’s how we cut to the chase. It’s frantic and exciting and it takes us to some of the most evocative areas of the city. St Mark’s Square, the Acqua Alta bookshop and Punta della Dogana are only a couple of the backdrops used for this timeless film. Pasha has to muster up all of his skills to overcome one obstacle after another in the many narrow streets and crowded canals of Venice. He does make them work for him, though, as he jumps from one boat to the next. Like any other great fairy tale, this one has happy ending. The lovers find each other just in time to watch the unforgettable firework display that frames the beautiful city of Venice every year on 14th July. Enjoy the film. 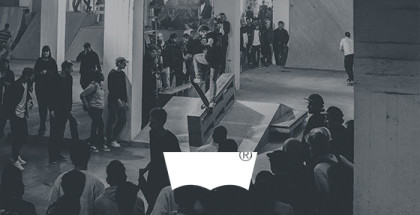 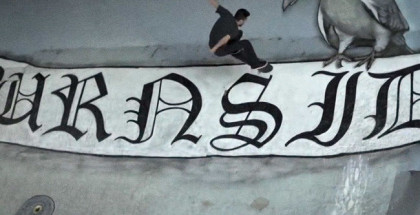 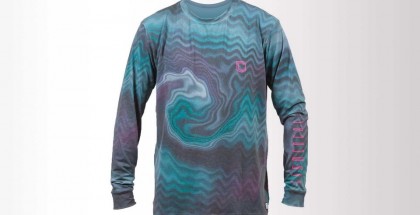