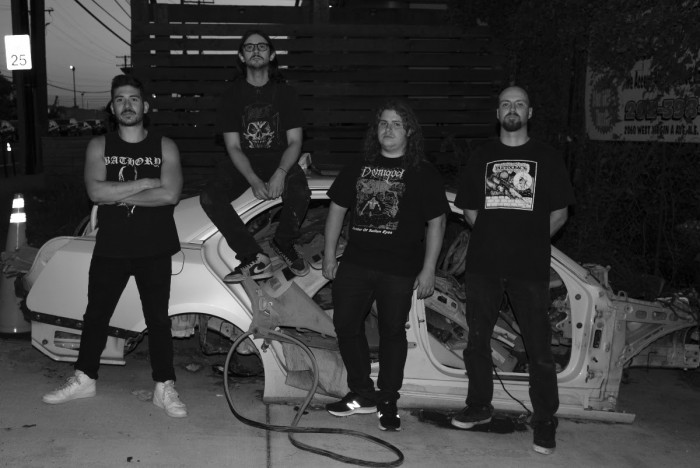 Vocalist/Guitarist Tim Mullaney comments on the new song: “Lyrically, this song is about how, as humans, our greatest strength is our mind – and in a world of people stepping over each other to get ahead, the mind is the first thing targeted by powerful people trying to keep you below them. Every day we are manipulated by corporations and politicians that think we are idiots – make their jobs harder and don’t be one.” “This album reflects on the feeling of watching the world crumble while dealing with personal tragedy,” says guitarist/vocalist Tim Mullaney. True to his word – every track on ‘Genocide Pact’ is a sonic assault brimming with palpable malaise. From the guttural screams in the album’s opener ‘Led To Extinction’, to the driving double bass that carries ‘Perverse Dominion’, and a head rattling low end on ‘Deprive Degrade’ – Genocide Pact is wholly negative Death Metal. The fury behind ‘Genocide Pact’ captures the band’s collective frustrations and personal journeys through these turbulent times. 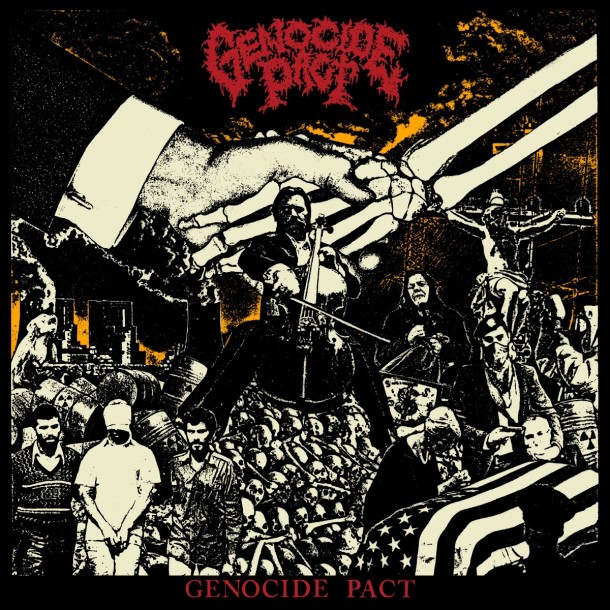 “You turn on the news and see mass shootings, a global pandemic, endless war, and corporations and politicians trying to sell you bullshit. You pick up your phone and another friend or family member has died. On top of that, you’re broke as fuck and work endlessly for a boss that doesn’t even know your name. You find yourself paranoid, pissed off, and embracing nihilism,” Tim Mullaney says. 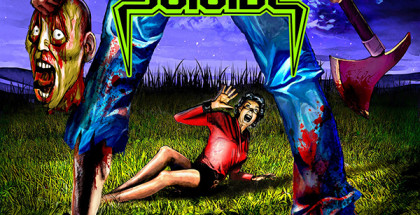 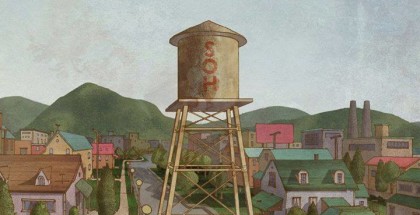 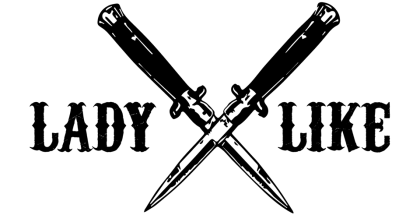 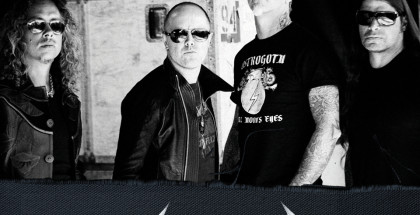