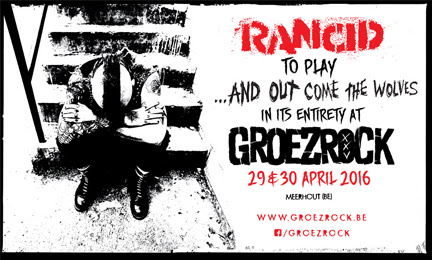 Rancid will be playing their classic album ‘…And Out Come the Wolves’ in its entirety for the first time in Europe. That’s right.

RANCID is GROEZROCK 2016 first headliner and we couldn’t be happier! ‘…And Out Come the Wolves’ is the third studio album by the american punk rock band Rancid. It was released on August 22, 1995, through Epitaph Records. Rancid‘s popularity and catchy songs made them the subject of a major label bidding war (hence the title, ‘…And Out Come the Wolves’ taken from a poem in Jim Carroll’s The Basketball Diaries) that ended with the band staying on Epitaph. With a sound heavily influenced by ska, which called to mind Tim Armstrong and Matt Freeman’s past in Operation Ivy, Rancid became one of the few bands of the mid-to late-1990s boom in punk rock to retain much of its original fanbase. In terms of record sales and certifications, ‘…And Out Come the Wolves’ is a popular album in the United States. It produced three hit singles: ‘Roots Radicals’, ‘Time Bomb’ and ‘Ruby Soho’, that earned Rancid its heaviest airplay on MTV and radio stations to date. All the singles charted on Modern Rock Tracks. ‘…And Out Come the Wolves’ was certified gold by the RIAA on January 22, 1996. It was certified platinum on September 23, 2004. Since 2004, the album has continued to sell millions of digital copies. 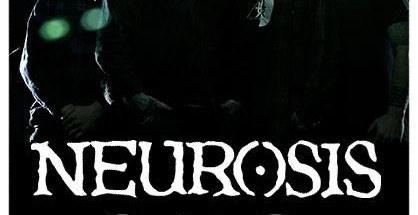 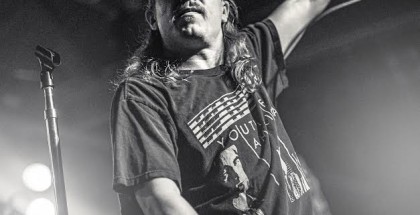 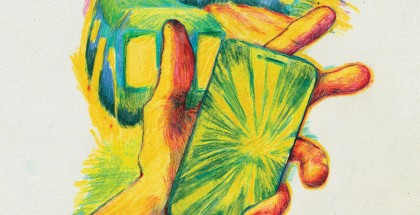