Hostage Calm Announce Plans To Celebrate The One Year Anniversary of Self Titled Album with Fans! Hostage Calm & Friends To Perform The Album In Full Sept. 24 in Hamden, CT Tickets On Sale Now 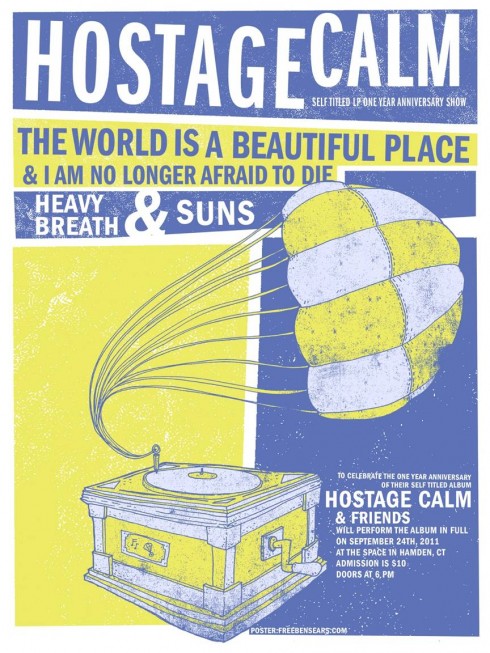 Hostage Calm released their self-titled Run For Cover Records full-length one year ago to rave reviews, earning the album international recognition as one of the most creative and catchy punk records in recent memory. To commemorate the anniversary and celebrate the past year, the band will play their self-titled album in its entirety, complete with additional backing instrumentalists to replicate every element of the record. Pianos, acoustic guitars, percussionists–this will be a rare experience of this album. Coinciding with the album’s anniversary, the digital version of the record will be available for only $4.99 on iTunes from now until the show on September 24. Run For Cover has also pressed a limited run of 150 clear LPs packaged with a silk-screened record cover available only from the band at the show or by purchasing an advanced ticket at www.hostagecalm.bigcartel.com.

Advance tickets are also available now at www.manicproductions.org and in person at Redscroll Records in Wallingford, CT. 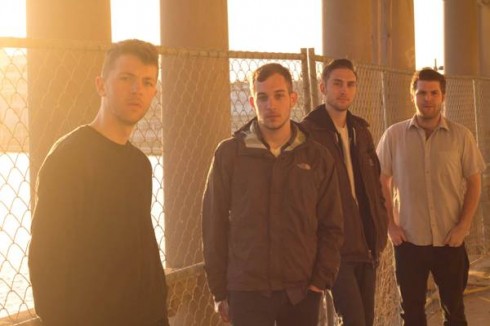 About Hostage Calm:
Displaying an in-depth understanding of Silent Majority, Turning Point and Quicksand, Hostage Calm‘s well-received 2008 debut, ‘Lens’, was a comprehensive lesson in what punk and hardcore should sound like. Jagged-yet infectious melodies effortlessly merged with beefy power chords and politically charged battle cries while fiery anthems formed amidst uncommon song structures. With that creative momentum and the positive response from fans and critics alike, the band took a year to write and a year to record its Self-Titled follow-up for Boston’s Run for Cover Records. It’s safe to say that the quintet’s knack for composing intelligent, passionate tunes is matched only by that of its musical ambition. While Hostage Calm continues to hint at those Dag Nasty arpeggios and the skipping Descendents-esque beats, these new songs are pushed in unclassifiable directions, cradled by lush layers of jangling acoustic guitars, quick tambourine hits and resonating piano accompaniments. Sonically, a good point of reference starts at The Smith’s The Queen Is Dead, with its blending of styles into one cohesive and all encompassing indie / pop album. Hostage Calm never compromises its energy, but touches lightly on everything from doo wop (‘Rebel Fatigues’) and new wave (‘Ballots / Stones’) to Latin (‘Wither On The Vine’) and power pop (‘War On A Feeling’ ). Vocalist Chris Martin’s suave melodies are chosen with the utmost care; they have a particularly relaxed quality that reveals a less excessive rendition of the 1980’s. And while he’s just about as political as ever, he doesn’t hesitate to delve into more personal narratives, yet spares us of any cringe-worthy melodramatics. Don’t be intimidated – “pop” isn’t a four-letter word. In context with the substance-less drivel that excretes from the radio waves these days, it’s sometimes easy to forget. But Hostage Calm executes an infectious effort with actual lyrical and musical purpose. Truly a singular effort, there’s a bit of something for every notch in the music-fan spectrum. Still, Hostage Calm never completely strays from the scene responsible for its inception. If you like music – regardless of genre – you should be paying attention.

Volcom and National Coalition for the Homeless Strive to collect 50,000 jeans and jackets for the homeless! 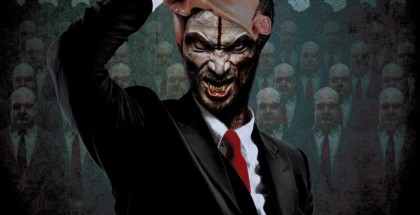 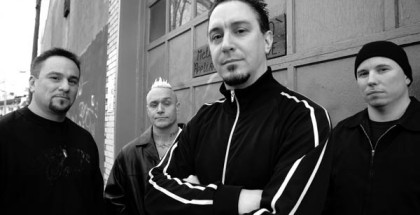 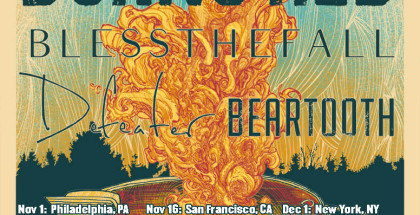