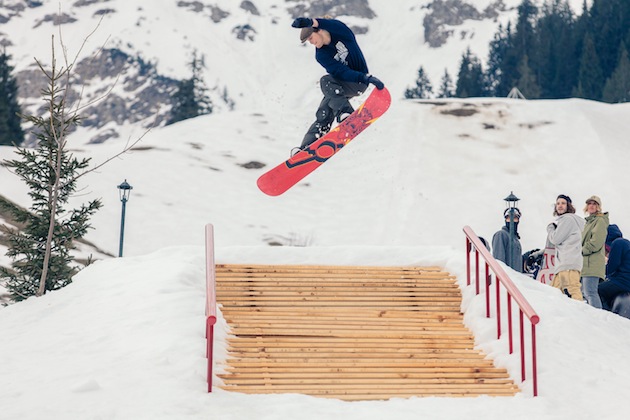 Could there be a better ending for the winter season than hanging out with all your friends having a sick session, BBQ and a DJ for the perfect sound?

That´s exactly what happened on April 16th and 17th at Oberjoch in Germany, where the fourth Head Jib Factory by Alex Tank & Arnette went down. 20 invited riders from all over the world came to the Allgäu to ride the brand new setup which was the biggest one the Jib Factory has seen so far. As always, the goal was to get creative and to have as much fun as possible. To make that even easier, a new accommodation was chosen, all riders stayed in a typical Bavarian hut right next to the setup. So everybody could start and finish his session whenever he wanted and ride home on his snowboard. Some heavy tricks have been thrown down; naming them all would take way too much time, so you better check out the official Jib Factory edit.

On both days the riders played the “Game of Out” on the Arnette granite ledge. As we knew from previous years, this takes some time because almost every rider was able to do every trick – hence we decided to turn it into a team competition. Every team had two riders and could decide by themselves who had to do the trick. At the end only Team Innsbruck (Raffael Kossmann and Tobi Hartmuth) and Team Mustachio (Eirik Nesse and Kas Lemmens) have been left. After playing for more than two hours they decided for a tie and split the prize money of 500 €. Kas Lemmens was the most outstanding rider for sure, not only that he always was the first rider hitting the setup and the last one to leave, he also landed pretty much everything he tried. So it was no surprise that he was voted Best Rider Overall and cashed out 1000€ on top of the team event. The decision for Best Trick was way harder because Eirik and Kas stomped some really hard tricks. At the end Kas Lemmens BS 270 Hardway to Fakie at the stair set got the most votes. Boom, another 500 € for Kas. To finish things off, the Atagge Highest Ollie contest took place. Everybody could join this session, no matter if filmer, shaper, DJ… At the end the host Alex Tank himself took home the wander trophy with a winning height of 95 centimeters. We had two awesome days at Oberjoch, thanks to all people involved. Hope to see you all again next year! 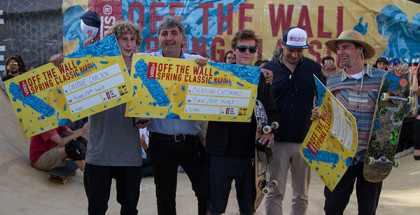 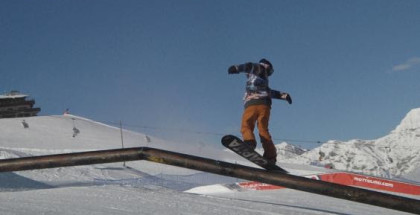 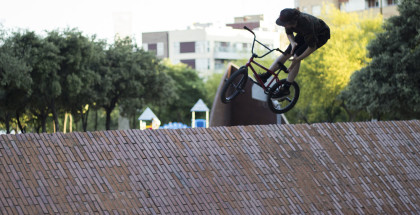 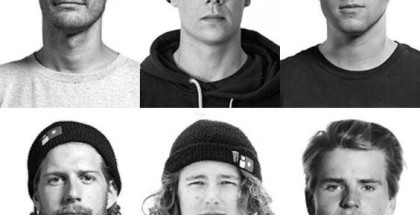