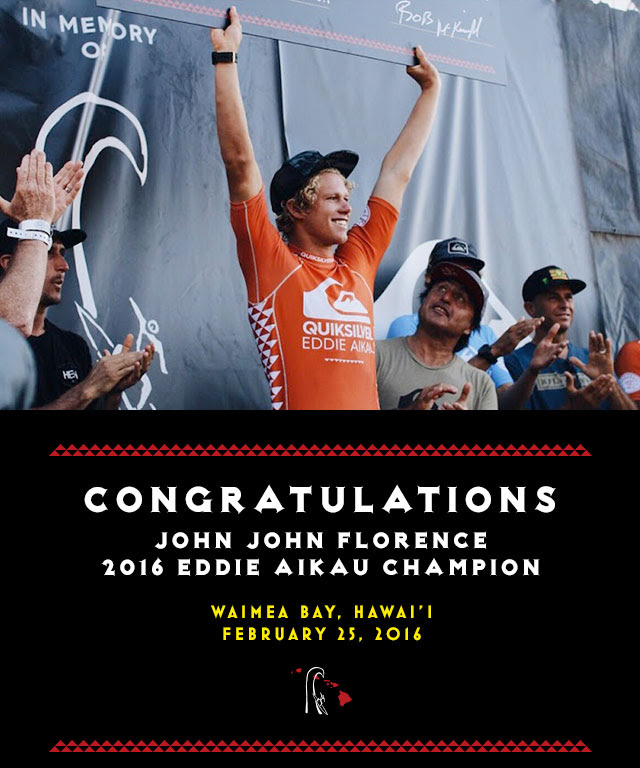 WAIMEA BAY, Oahu/Hawaii (February 2016) – John John Florence (HAW) brought a new style and a new generation to big wave surfing today by winning the Quiksilver in Memory of Eddie Aikau Big Wave Invitational, a World Surf League Specialty Event, in waves of up to 60-feet. Florence won $75,000 – the biggest purse in Big Wave riding, with a 4-wave total of 301 out of 400 points. The Quiksilver In Memory of Eddie Aikau is the original one-day, Big Wave surfing event, started in memory of Hawaiian waterman, Waimea Bay lifeguard and Big Wave pioneer Eddie Aikau. What started 31 years ago to pay tribute to Aikau, has grown to become an almost mythic event whose elusiveness has only fueled its global appeal. The Eddie only runs when wave face heights reach a minimum of 40 feet at Waimea Bay… a day so rare it has only happened nine times in 31 years. This was one of those days.

The Quiksilver in Memory of Eddie Aikau Final Results: 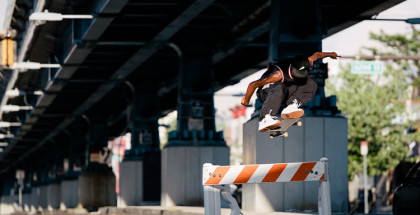 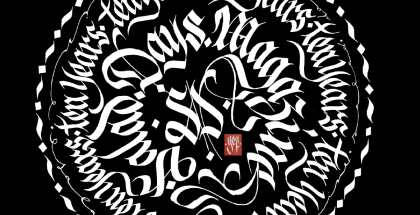 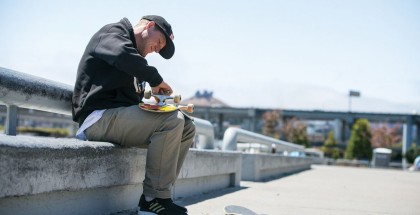 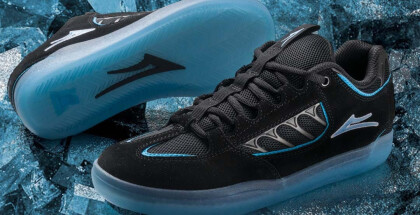