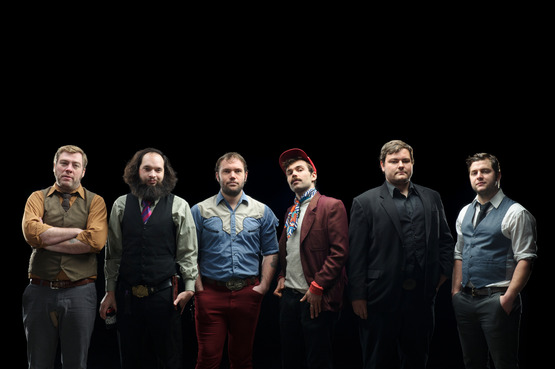 Following on from the release of their recent EP ‘Hobo’s Lament’, Larry and His Flask announce details of their forthcoming full length album.

The six-piece from Oregon, USA will release their outstanding sophomore album ‘By The Lamplight’ worldwide on June 25, 2013 on Cascadian Records with distribution by Silver Sprocket in the US and Frank Turner’s Xtra Mile Records throughout the rest of the world, further spreading the gospel of their infectious and frenetic homespun country/anarchic punk. They are currently winning over the hearts and minds of UK and Europe as they rip it up on tour with Frank Turner and The Sleeping Souls as well as playing a HUGE run of headline shows. Converts are coming in thick and fast. They will return to the US for a full North American Tour that sees them criss-crossing the country non-stop until September (all tour dates below). For the uninitiated, Larry and His Flask make music that lies somewhere between a barn raising and a mosh pit. The New York Times calls them “uncommonly joyous” and “deviously astute”, while their live show is a “breathless, polymorphous good time.” Originally conceived as a four piece punk band, the group has swelled into a fully realized quintet with strong Americana influences complete with stand-up bass, mandolin and banjo. Their live act is not to be missed – unlike any other band playing music today, Larry and His Flask truly incorporate their audiences into each show, connecting to create an experience that converts everyone into fans and permeates the border between performer and spectator. Performances see members careening wildly across the stage with instruments, narrowly avoiding harrowing collisions amongst themselves and frequently trading said instruments mid-song while still maintaining pitch-perfect 4-part harmonies. Watch a recent video of the band performing in Europe here:

Stoked to welcome Phil Zwijsen to the Muckefuck Urethane Team 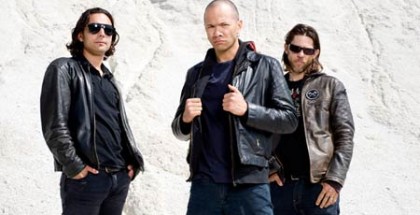