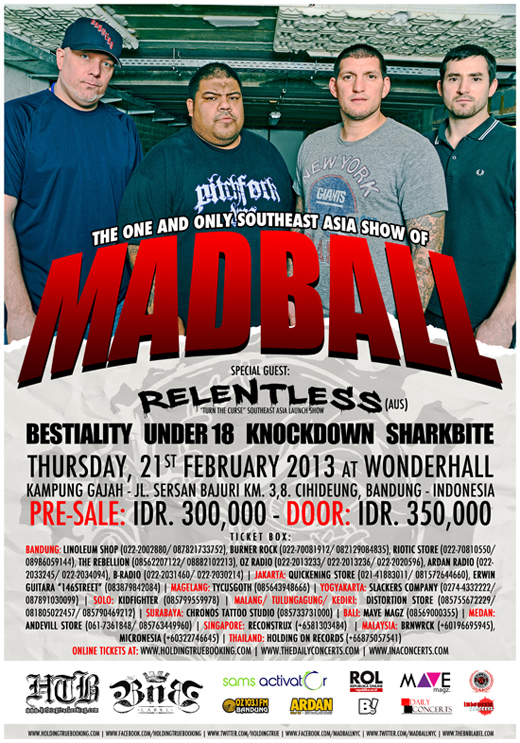 If you are familiar with New York Hardcore’s truest torchbearers Madball and their extended DMS Family, you know that together they are and continue to be the catalyst for something much more substantial than just the aural brutality the band is so deservedly known for … As if that wasn’t enough! While their “peers” seem content with simply being “musicians”, Freddy Cricien, Hoya Roc, Mitts and their almost Spinal Tap-like revolving door of drummers have successfully cultivated a Worldwide power-base unlike any other for a group of their seemingly modest stature. (since this write up Michael Justian has joined the MB Fam and become a permanent fixture behind the drums). Madball has become one of the most influental Hardcore bands around the globe, and with their brand new ‘Rebellion’ EP, which happens to be the first release on Freddy Cricien’s the BNB label. The MB machine roars on! The ‘Rebellion’ EP has all the elements that define Madball and their brand of Hard Core, and more! Check out the ‘Rebellion’ EP here…http://thebnblabel.com/site/bnbreleases/madball-rebellion/ 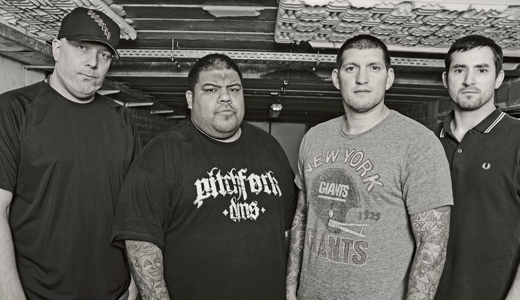 Holdingtrue is a Hardcore/Punk brand specializing in: Management, Record Label, Booking Agency, Touring Company & Show Promotions. Based in Southeast Asia, it was started in the middle of 2007 out of a passion for music and a desire to combine creative minds. It retains it’s DIY ethics while working at the highest professional level. We at Holdingtrue Booking proudly present to you, MADBALL in Southeast Asia for the first time ever, bringing their classic NYHC sound. “On behalf of the Madball Family, I’m proud to announce that we will be embarking on our first trip to Indonesia! We have seen and heard all the request that have come from all our Indonesian supporters over the years, we appreciate the respect and your persistence! We too have wanted to come but for one reason or another haven’t been able to make it happen. Now finally after some time… we are coming! There will only be one stop on this first trip. We will be playing in Bandung City(venue T.B.A) and then moving on to Australia to do the soundwave festival. To the rest of our SEA MB/HC Fam- We will be planning a full on SEA tour at some point in the future. For now, whoever is in the vicinity of Bandung, we look forward to playing and seeing you!!” – Freddy Cricien -
More info:
www.holdingtruebooking.com
www.theBNBlabel.com

For band and tour booking informations, please enquires to:
adidunx@holdingtruebooking.com 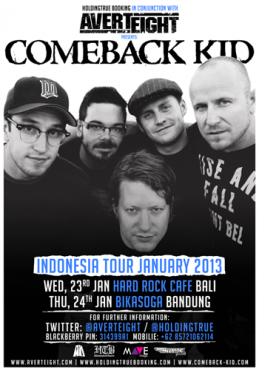 COMEBACK KID (CAN) INDONESIA TOUR JANUARY 2013
Five seconds into the band’s latest release, ‘Symptoms + Cures’, though, it’s made clear that this time around, COMEBACK KID has pushed their output to a new plateau. 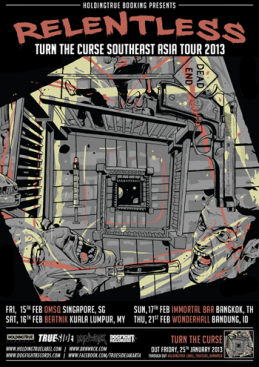 TURN THE CURSE SOUTHEAST ASIA TOUR 2013
In support of the release of their new album ‘Turn The Curse’ on January 25th, Sydney hardcore mainstays Relentless will make their way back to SE Asia to play a bunch of new songs and show why they are one of the most respected and promising bands in Australia. 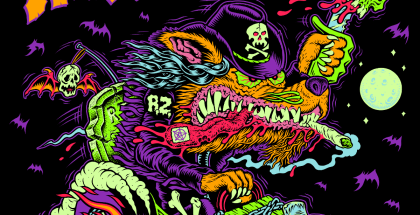 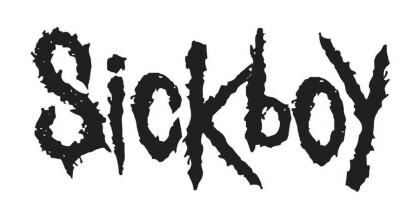 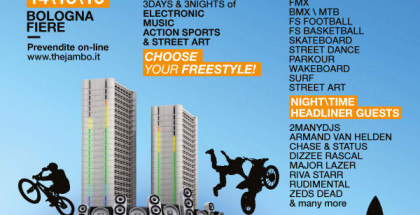 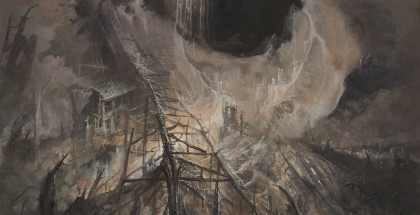