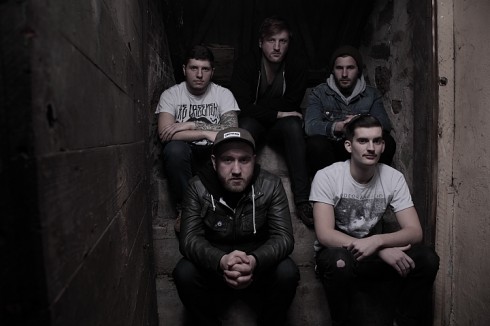 “This will probably be one of the best hardcore releases period of the year.” SPUTNIKMUSIC.COM

June 16, 2012 – Alt Press.com are featuring an audio stream of the song ‘Homecoming’ by Connecticut quintet, Manners. The song will appear on the dark, melodic hardcore group’s upcoming full-length ‘Apparitions & Escapism’ to be released on 12″ vinyl and CD via MorseCode Recordings (Most Precious Blood) on June 29th. The full-length features the entire collected work of the band so far including a fully re-recorded version of the ‘Escapism’ EP (originally released in 2010) as well as 2011′s ‘Apparitions’ EP and TWO NEW SONGS! Since forming in 2010, Manners have rapidly stood out amongst a growing new wave of melodic hardcore, led by groups such as Defeater and La Dispute. Composed of childhood friends from the rural outskirts of New Haven, CT, Manners is fueled by Chris Hague‘s heartfelt vocals and the propulsive yet raw sounds of Ian Bates (guitar), Jay Holmes (guitar), Mike Magas (bass) and Danny Sheridan (drums). Recorded shortly after they formed, Manners decided to revisit the songs on ‘Escapism’ and re-record them entirely from scratch for the upcoming release. Bates, who produces all of the band’s material says “We still like the songs on ‘Escapism.’ However when we first recorded that EP, we had no real proper gear and released it two weeks after recording it. Looking back, we felt like we really needed to do those songs justice for the full-length.” Manners have toured the New England area non-stop sharing stages with hardcore/metalcore favorites such as Vanna, Lions Lions, and performed at the New England Metal & Hardcore Festival. For vinyl-fanatics MorseCode Recordings will release the 12″ in limited run of 500 Trans Blue and 500 in random colors Random color break down can be see in the webstore Order at: http://morsecoderecordings.limitedrun.com/categories/all
MorseCode Recordings
Most Precious Blood / Indecision / The May 4th Massacre / Manners
www.Store.MorseCodeRecordings.com
www.MorseCodeRecordings.com
www.youtube.com/MorseCodePro 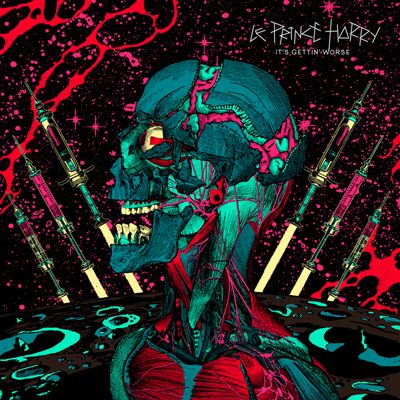 Live today like it was the day after the apocalypse
In Toxcity, under the constant threat of radioactive rain, hirsute children play in heaps of pebbles between mutants’ turds and syringes full of still-warm cum. In streets abandoned by all vaguely civilized lifeforms echoes a strange music, epileptic and discordant, stiffening your veins like a 20-mile line of speed, irresistible as a stale beer in the morning, carnal as a bursting condom. Deep in a moldy cellar, three dipsomaniac mongoloids torture analog synthesizers, beat drums, attack guitars and molest a bass, over a background of incongruous clamor. A sparse audience of jobless outcasts, their eyes rolling upwards or pupils dilated wide, sweating gallons of toxins, slides (rather than dances) amid the puddles of bloody vomit and corrosively acidic piss. At 210 bpm, the unceasing frenetic electronoid rhythm leaves no respite, the twisted synth basslines trigger distorted visions of perverse love parades, as riffs cut like a razor blade into an eyeball and a voice continuously announces the imminent end of the world. The record is mesmerizing: listening to another track means preparing to do something you know you’ll eventually regret, like cheating on your boyfriend. It’s time to dance upon the ruins to the beat of an electronic kick drum and to live today like it was the day after the apocalypse. The forthcoming Apocalypse whole soundtrack to be streamed or purchased here:
http://teenagemenopause.bandcamp.com/album/its-getting-worse
Lim. Ed. of 500 LP coming with eyestabber artwork signed by the belgian crasy Elzo Durt!! Also available in digittal through: iTunes, JunoDownload, 7Digital, MusicLoad, TraxSource 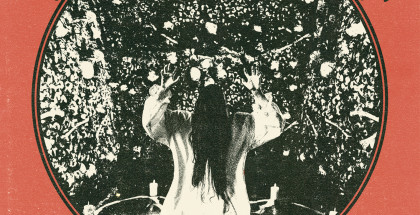 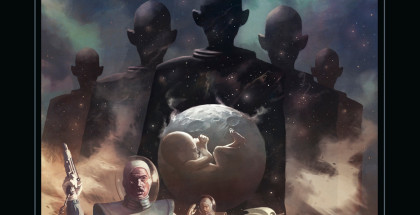