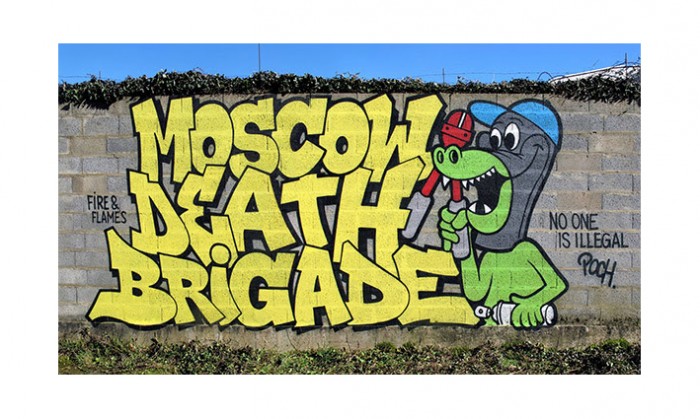 …to release the collab t-shirt in support of Sea-Watch – a non-profit initiative that operates in the Mediterranean Sea, commissioning ships to rescue refugees and legally fighting for human rights. Sea-Watch has been saving lives of thousands of people for many years. For this t-shirt, POCH painted the name of Moscow Death Brigade and their original mascot – ski-mask wearing, boltcutter wielding crocodile, accompanied by the slogan “No One Is Illegal”. The t-shirts with the photo of the Graffiti piece are distributed by Fire And Flames Music – a Kiel-based left-wing music label and clothing brand. All the profits from sales are going to Sea-Watch.

“We have always admired Sea-Watch crew for their hard, dangerous and selfless work: saving lives of those who have to run from the horrors of war and genocide.” – says Boltcutter Vlad, one of Moscow Death Brigade’s MCs. “Now we have a chance to show some support while working together with our friends – French Graffiti hero POCH and German antifascist brand Fire And Flames Music. And we absolutely love the Graffiti piece with our band name that POCH did for this project!” 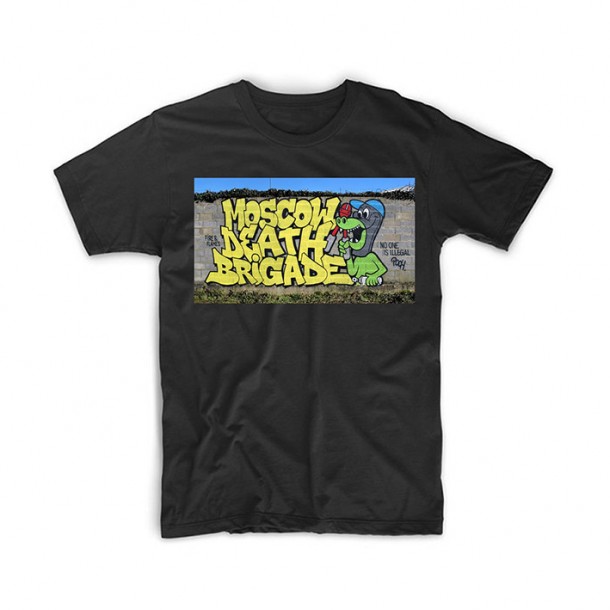 POCH is a Graffiti writer from France, writing his name on the walls and trains around the planet for many years. He is well known in the international Graffiti and street art community for his distinctive and recognizable style. He is also known for his wide support of the punk scene and for making designs for bands from all over the world.

FIRE AND FLAMES MUSIC is a record label/clothing brand from Kiel, Germany, known for its support of progressive music scene and positive activism. Over the years Fire And Flames released hundreds of records of punk, hardcore and hip-hop bands from various countries and took part in many international charity campaigns.

MOSCOW DEATH BRIGADE is a techno/rap/punk band from Russia that plays “Circle Pit Hip-Hop”: a unique and aggressive mix of electronic music, hardcore punk and rap, steeped in Graffiti and street culture and flavored with a positive social message against war, racism and other kinds of discrimination. Initially created as a DIY team MDB has its roots in Russian progressive social movements and Graffiti underground scene. In the last two years the band has raised thousands of Euro for different benefit causes, such as “Sisters” foundation in Russia and “Women in Exile” in Germany. In 2018 and 2019 MDB played more than 80 European shows with more than half of those Sold-Out, including Sold Outs in Berlin, Paris, Rome and London. 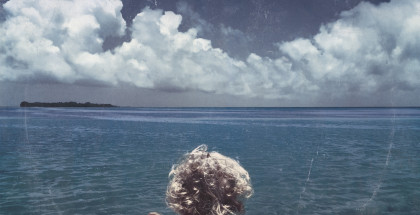 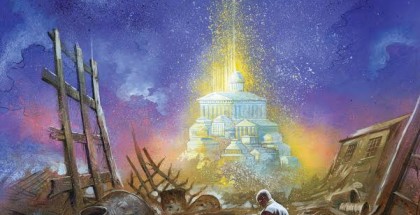 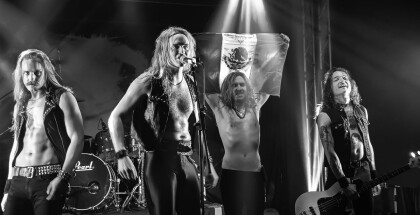