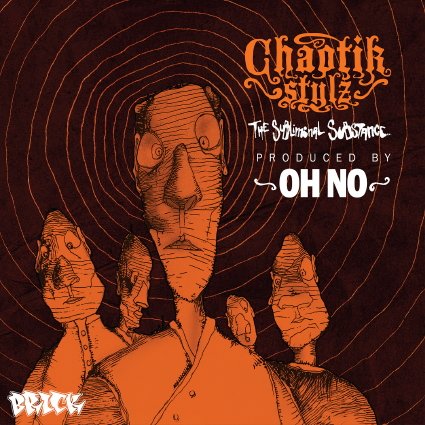 Chaotik Stylz spent the majority of his formative years shuttling back and forth between Buffalo, NY and Los Angeles, CA and did so by navigating between two different worlds; the suburbs of Buffalo and the inner-city of LA.

“My upbringing was odd to say the least. I was primarily raised by my mother, who was an actress who later became a school teacher and when she passed away after a long-battle with Lupus it unleashed a monster inside of me. My father, left for Los Angeles when I was a kid, needless to say it created issues” states Chaotik. Chaotik started emceeing at the age of 16 with his crew in Buffalo and after his Mother passed away it lit a fire in him which propelled him to take his gift more seriously. After linking up with M.E.D., Chaotik was introduced to Oh No and thru the wizardy of technology received a beat-tape from Oh No that would inspire him to start crafting the material that would eventually become ‘The Subliminal Substance’ LP. The initial recording stages of the project soon thereafter lead to Chaotik holing up at Oh No’s studio in Oxnard, CA “We worked the entire time I was there, all I did was choose beats and rhyme during that trip. However, as the process played out, most of the original beats I picked during those sessions were scrapped and new ones were selected. The time I spent out there changed me as an artist and started me on the path I’m currently now on” Chaotik laments. Since the completion of his LP, Chaotik has stepped into a new arena and begun on a path of sobriety, but ‘The Subliminal Substance’ is full of drug and alcoholic rage; pain of loss, mental issues and a “Chaotik” lifestyle. Chaotik offers ‘The Subliminal Substance’ centers on the idea that Hip-Hop music has become a highly addictive, yet dangerous drug which is ruining the spirit of its listeners; it has become a shadow of its former self and this is my ode to its glory days and hope that the art-form will return to its greatness.”

**All other tracks produced by Oh No for Disruption Productions
www.brickrecords.com 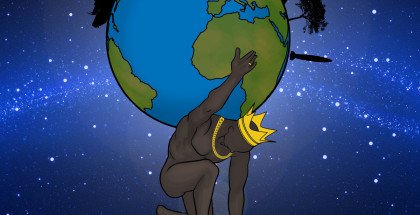