Dec 2012 – 18 year old Ylfa is Iceland born and bred but now takes up residence in Kiruna, Sweden. Nikita are proud to include Ylfa on their snowboard team, sponsored with Nikita Outerwear and Streetwear and Snowboards. Ylfa’s career into snowboarding began with a love of skateboarding. Her brother inspired her to try skating and she was immediately hooked. But then came the winter and she wanted something fun to continue doing, which led She brother didn’t have a snowboard but would encourage and help her by dragging and pushing her to get enough speed to ollie down stairs. Back in March 2010, Nikita held a backyard jam at the Nikita House / Flagship Store called Jibb n Skate. Ylfa took of snowboarders riding, something she wanted try. This was also the first time she met Heida, who stood out for being Nikita “Snowboarding back home in Iceland is amazing! The snowboarders I ride with are so wild, pepping, fun and everyone is so helpful. The whole snowboarding culture at home is like a family. There are barely any
competitions there and that is great because that means no rules. It is only the creativity and freedom of the riding that counts. It’s all about giving complements and pushing each other to do their very best.” Her move to Sweden came about because of her riding and the snow wasn’t guaranteed in Iceland. She’s studying V.I.G. at school in the North of Sweden and part of the schedule includes Snowboarding, which
means homeboys. Moving to Sweden gave Ylfa new opportunities, like riding park for the first time as well as the chance to “I am living the dream by going snowboarding every day.” Ylfa is homebound to Reykjavík over the holidays this December to be with family and friends and ride street. Then in the New Year she’s destined for north Iceland, Akureyri to film at more street spots and get some great shots. “My dream is to never stop enjoying the activity of riding so much and keep on pushing myself to do better and better.”
Check her photo blog on Tumblr Http://ylfarun.tumblr.com/ And so…Ylfa’s final 10 with Elsa, an awesome fellow female rider in Sweden. Then the street missions started, she took a pretty hard hit and gained a few stitches. Snowboard edit put together from clips in 2011 and 2012

Skateboard edit from the summer

Later that month she was back in Umeå for another rail jam, this time ‘Umeå City Lights’, winning the session – http://www.moyo.se/resultat-umea-city-light-jam. The weekend after that, her class at school held a Big Air competition in their home mountain for kids up to the age of 12 followed by a demo for a local sports store’s birthday celebrations in Kiruna with a fun setup in front of the store, rail setups and a kicker plus speed gathering snowmobile. The last weekend in November meant she traveled to Hemavan, Sweden for a fun camp with comps and her first real jumping session of the year. She took 1st place in the ‘Go Girls’ slopestyle, 2nd at ‘Smoking Horrible’ rail jam and 2nd at ‘Not so spin to win’ Big Air. So far this month, December 2012, she competed in her first TTR comp of the year, sailing through qualis but on her last run crashed, got concussion and on doctor’s orders had to call it a day. After finishing school she hopes to travel around the world, film and compete but for this year she’s working on a part for a movie with her crew TheCl1tsq∆d which will be called ‘Emergency Exit’. Asked about the people she looks up to in snowboarding, straight off she says Jess Kimura for her street riding and Leticia Bufoni’s style in skateboarding.

We’ve just launched a competition for girls to win the new Nikita Sideway Sista snowboard via Instagram, the winner will be picked on 2nd January 2013. The information is being filtered out through Nikita’s instagram @nikitaclothing plus Facebook, Twitter and Nikita’s Blog here – http://blog.nikitaclothing.com/win-nikita-snowboard-58594 - 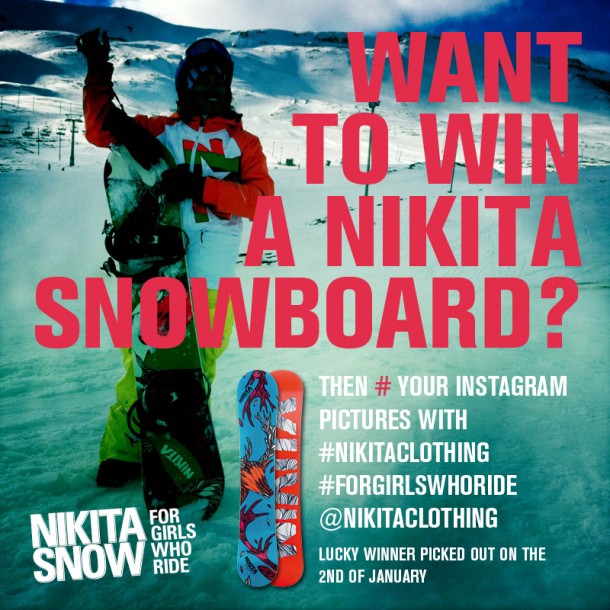 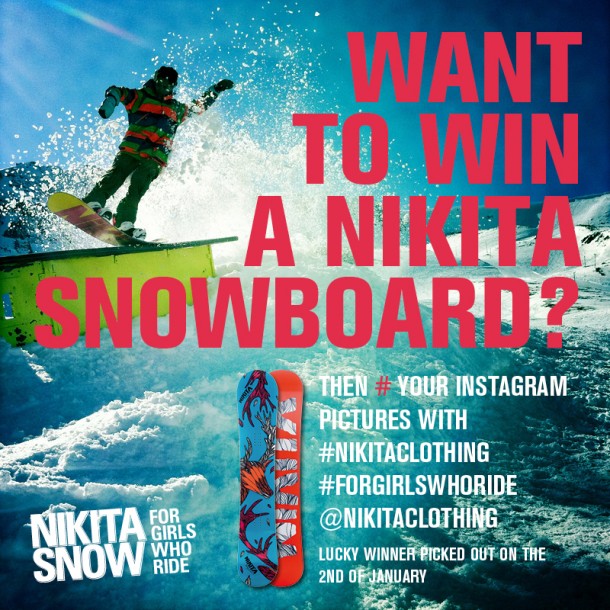 Lisa Filzmoser sends it in Chapter 2 of the True Color Films movie “Day by Day”: Europe -

Vera Janssen has released her new episode of Vera’s Shredventures online now. She heads to Sweden in search of pow and log cabin living - 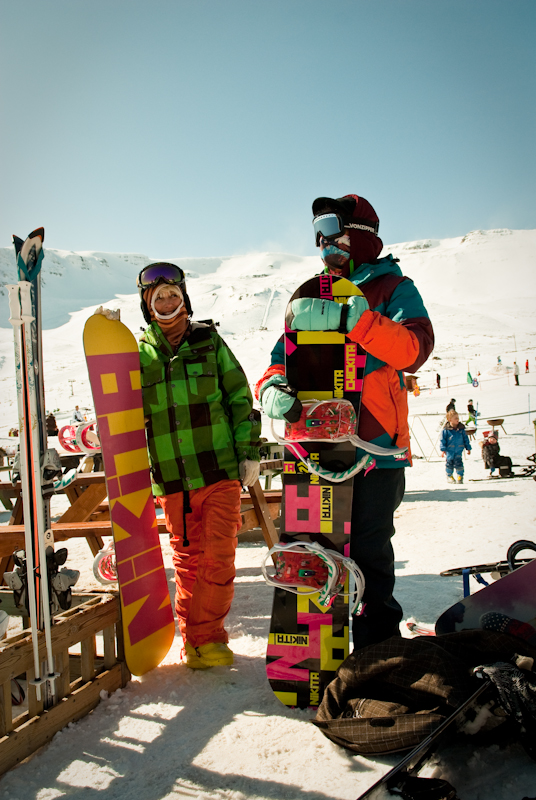 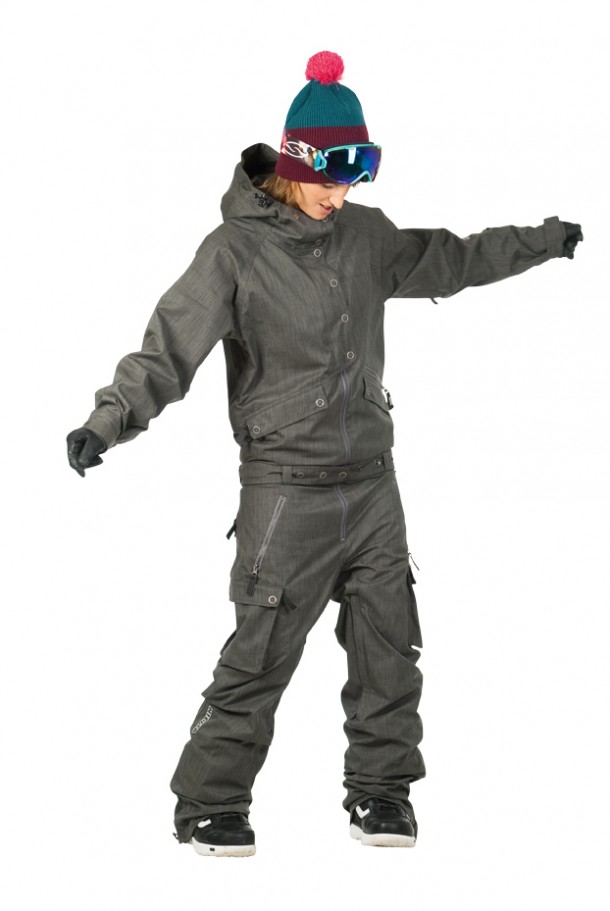 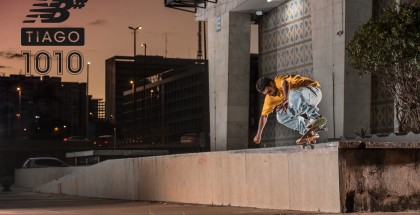 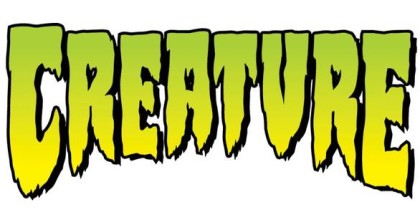 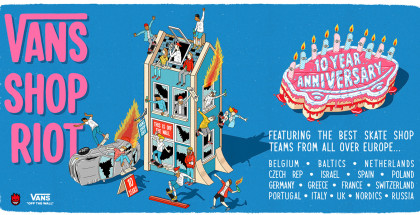 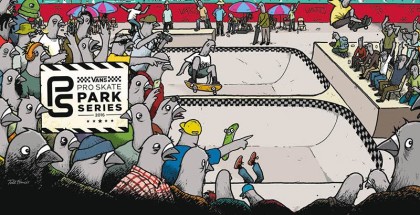