We’re very pleased to officially announce that Lisa Filzmoser and Vera Janssen, both existing killer streetwear and outerwear team riders are now charging the mountains with Nikita Snowboards afoot. The girls are stoked to be enriching the relationship with Nikita and riding the new FW13-14 selection. Innsbruck based fearless freestyler Lisa is headed to Alaska armed and ready to shoot with the creative True Color Films crew whilst also getting ‘Boobilicious’ with the Lipstick Productions ladies filming for the release of their third all- “I am so happy to ride Nikita snowboards since Nikita and I have such a long relationship. It’s great that they are now doing Snowboards too. My choice is the Sideway Sista; it is the optimal board I can use for Backcountry riding and also park. It is light and really good quality. Love it! Looking forward to going out and shooting with this snowboard.” Pro-Mum Vera is back in Canada, wallowing in the epic conditions of Whistler’s backcountry. She’s testing out her super sled alongside the new snowboards and continuing to film the insightful ‘Vera’s Shredventures’ episodes released with www.Mahfia.tv and sequences for Lipstick’s ‘Boobilicious’. “I’m super stoked on the Nikita Snowboards. After snowboarding passionately for 22 years, I definitely wouldn’t ride anything but a great quality board and Nikita Snowboards have me convinced! The first week I got the board, I took it to some extreme conditions; from straight-lining Whistler/Blackcomb’s legendary Dave Murray Downhill in icy conditions, topping 100km/h in many of its turns, to ripping nearly 1000m vertical lines and chutes in the far-away backcountry of Bralorne, BC, to hitting powder pillows and jumps – the Nikita Expression 154 is my new weapon of And from the Nikita camp, Iceland legend and Marketing Director Geiri states “We are uber happy to have awesome and talented human beings Lisa and Vera riding our snowboards. They have been a part of the Nikita family for some time now and having them riding and testing our snowboards is a very natural progression to our relationship.” 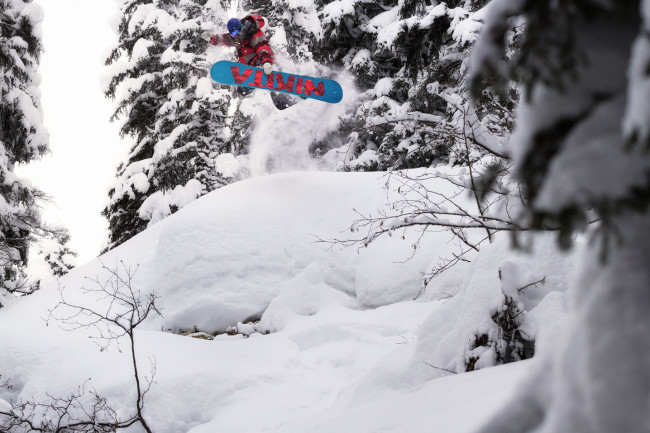 EVENTS
Nikita are one of the partners of the legendary AK Extreme festival – the biggest snowboarding festival in Iceland and this year’s event is taking place from 4th-7th April 2013 in the capital of North Iceland, Akureyri. Think stacks of ship containers, a runway down and legend has it that “some riders have left without going down…” Main event is the AK Extreme Bigjump Contest, plus jib session and 3 days of concerts all in downtown Akureyri – check out www.akx.is and watch wide eyed here

There’s also some great girls events that Nikita are supporting and coming up this month including: 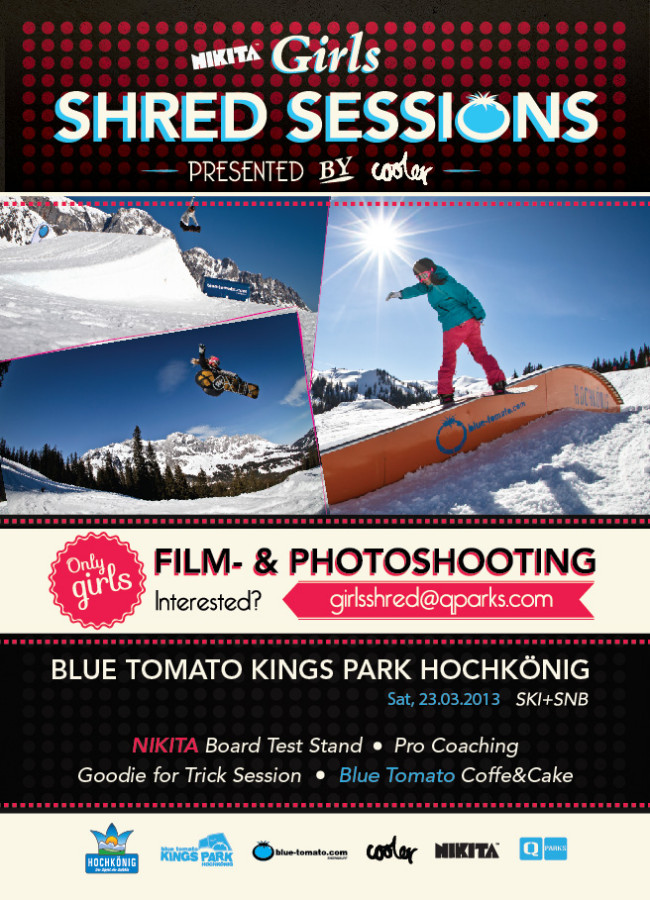 Blue Tomato and Nikita Girls Shred Sessions at the Blue Tomato Kings Park Hochkönig on 23rd March – prizes for trick sessions, Nikita board test, pro-riders offering coaching and film and photography shoots to capture the action and memories of the day 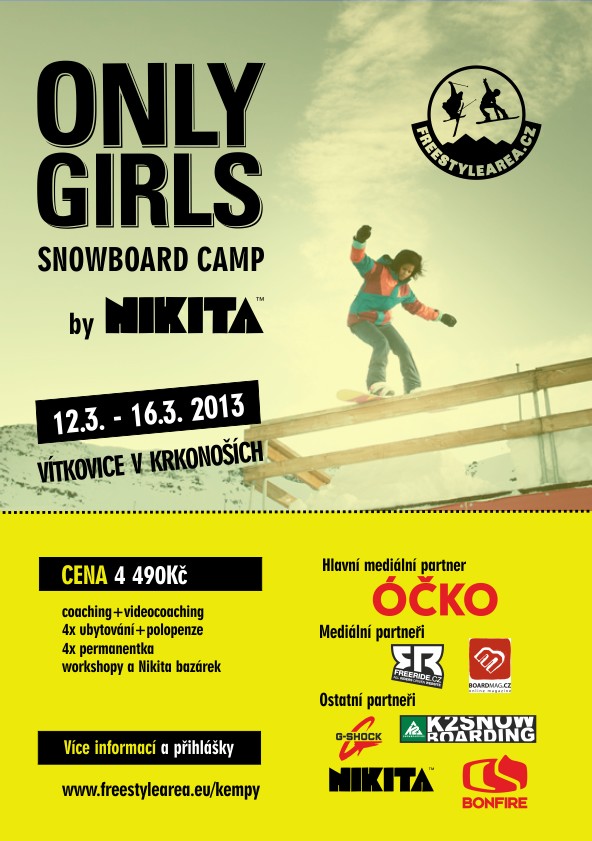 Only Girls Snowboard Camp at Freestyle Area in Vitkovice, CZ from 12th-16th March with loads of coaching support, workshops and professional photoshoot 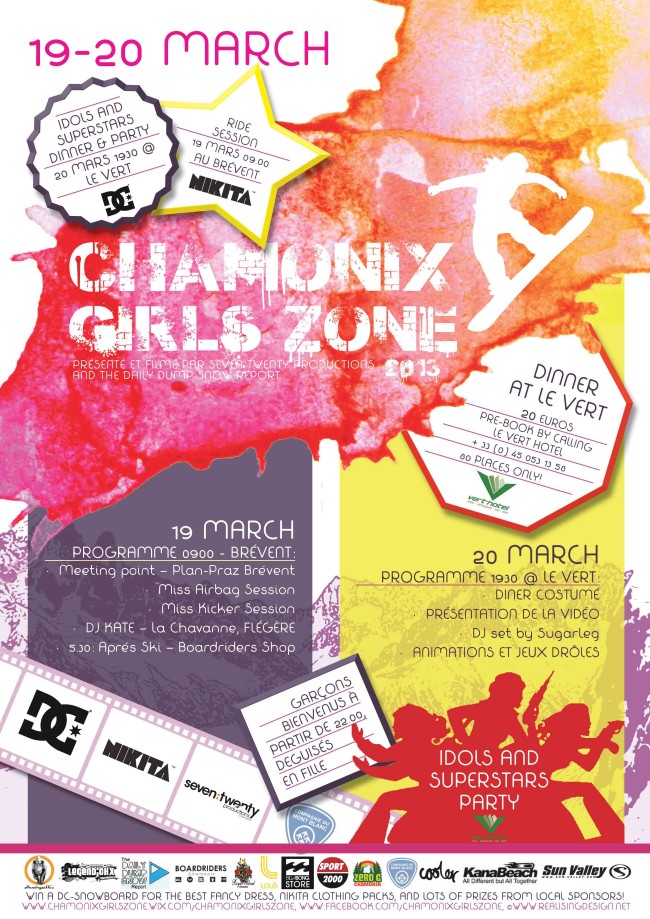 Chamonix Girls Zone at Brevant and Flegére on 19th-20th March with an airbag comp, kickers to huck, freeski and snowboard courses, professional filming, après ski activities and drinks, DJ and prize giving – http://chamonixgirlszone.wix.com/chamonixgirlszone
Ladies First Challenge 2013 – this second event is taking place in Thyon on 16th March, watch the video report from the first event in Wildhaus on 16th February

ON FILM
Nikita Team rider Julia Baumgartner captures everything behind the scenes of the FW13-14 Nikita photoshoot featuring the crew and fellow team riders, filmed and edited by Julia Baumgartner

Episode 4 from Vera Janssen as she heads “Back in Canadian Pow” launches with another winter of powdery awesomeness in the Whistler backcountry!

The Lipstick Production ladies are straight on to their next project ‘Boobilicious’ and with that they’ve released the first episode on the road to greatness, entitled ‘Hot Mess’ featuring Nikita girls Ana Rumiha, Julia Baumgartner and Lisa Filzmoser

WEBSITE
The new SS13 Lookbook is now online – http://www.nikitaclothing.com/lookbook
Those with an interest in Pinterest can now pin your favourite Nikita looks 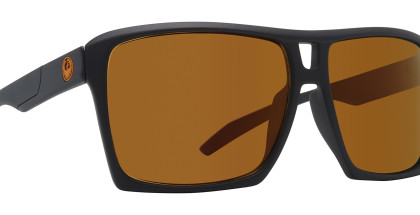 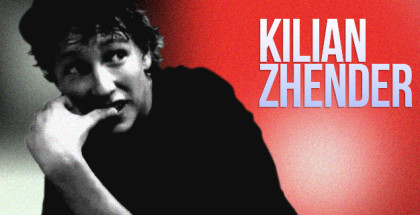 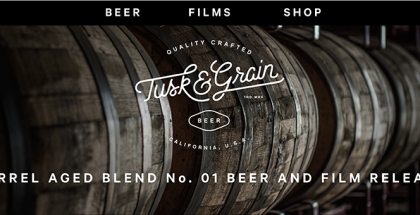