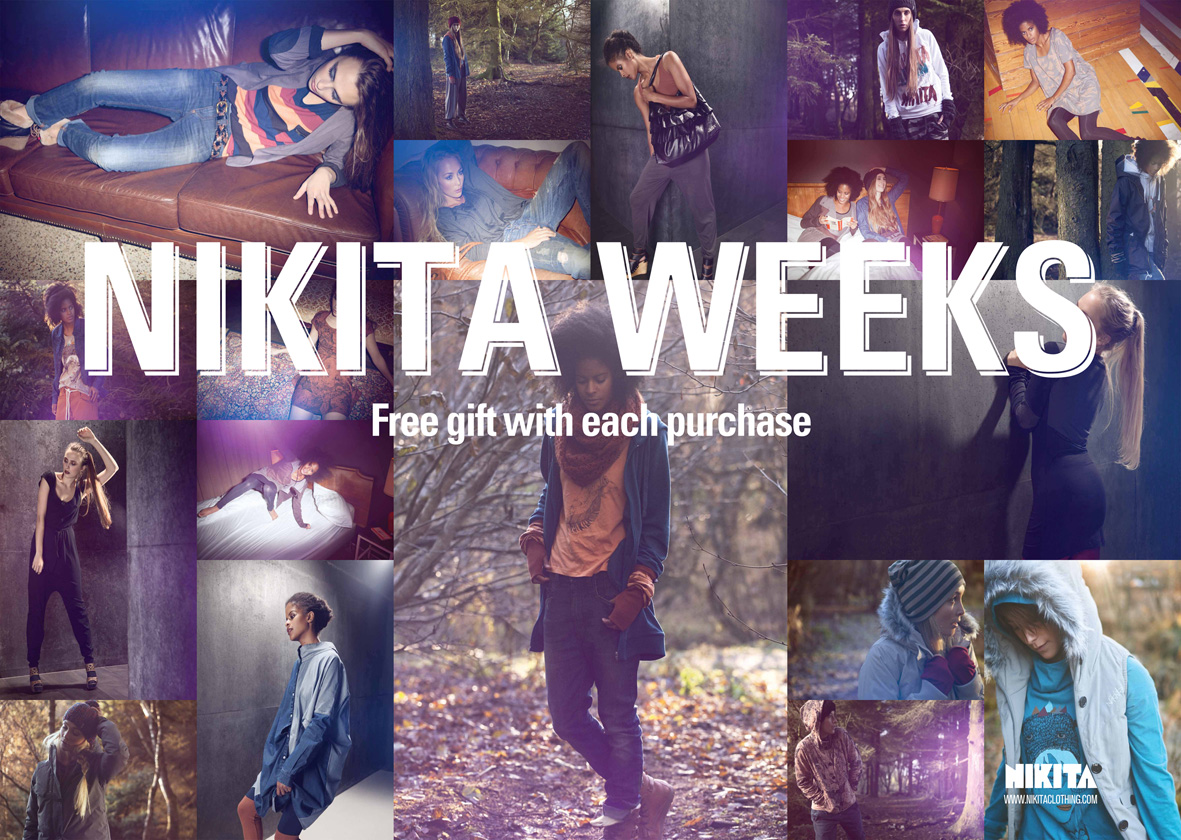 · Nikita launch FOR GIRLS WHO RIDE – http://forgirlswhoride.com/ – A website dedicated to the launch of Nikita Snowboards this season, featuring an interview with Heida, video edit of her testing out the new boards in North Iceland and a selection of images from the photoshoot in Akureyri. 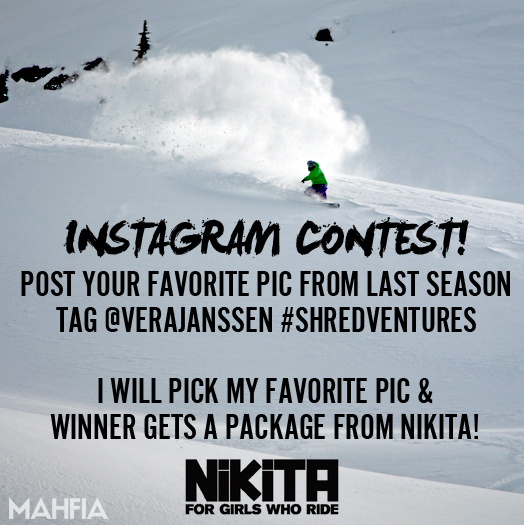 · We have a new Instagram Profile which you can view here – http://instagram.com/nikitaclothing/
· Plus new instagram contest to win a Nikita package via team shredder Vera Janssen – just load up your favourite shred pic from last season tagging @verajanssen and #shredventures to be in with a chance to win
· For all up to date team news and other stuff, check our Nikita Blog daily – http://blog.nikitaclothing.com/ and don’t forget our Facebook page and Twitter feed 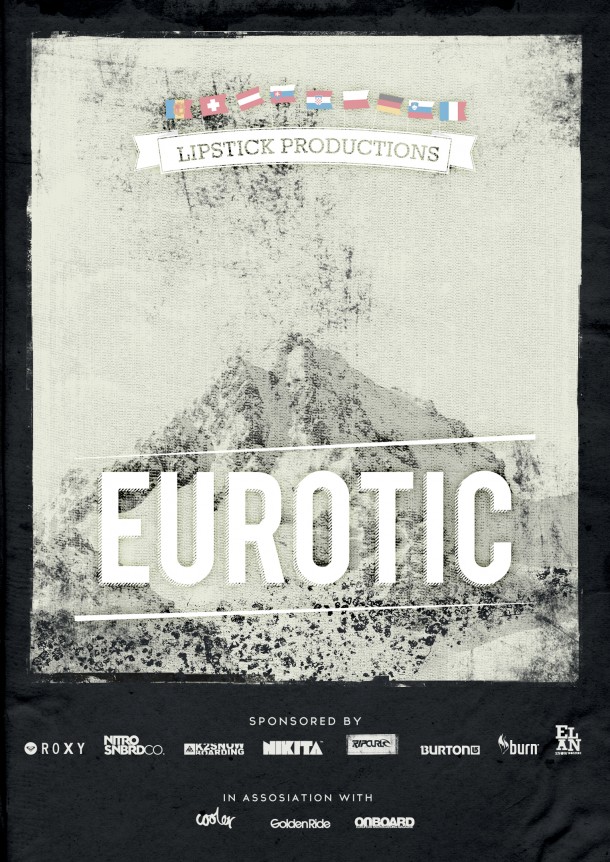 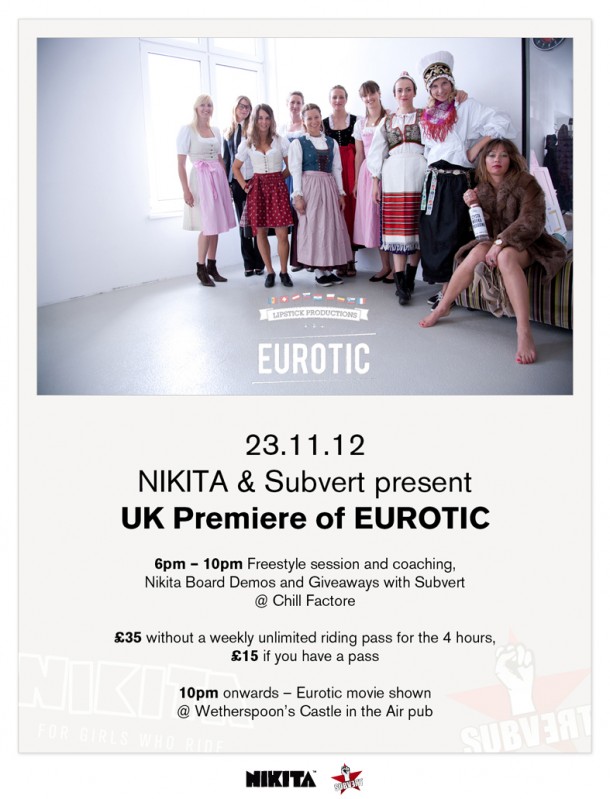 After recent premieres in Munich, Berlin, Bratislava and The Netherlands, the Eurotic train is steaming ahead with more premieres before the online launch next week already. UK dates here:
Nikita & Subvert Boardstore present the UK premiere of Eurotic
Friday 23rd November 2012 – Freestyle park from 6-10pm @ Chill Factore with coaching for girls from Sarah Fish (Subvert) and Sophie Addison (Nikita UK team), see the girls at Subvert if interested plus Nikita Snowboard demo / testing
£35 four hour freestyle pass / £15 top up fee for those with an unlimited pass
Eurotic movie premiere from 10pm @ Wetherspoon’s Castle in the Air
Plus giveaways from Lipstick Productions and Nikita
AND…
Snowsport Scotland have teamed with Lipstick Productions to present the Eurotic premiere on Saturday 24th November 2012
@ Woodshed in Aviemore, Scotland. BBQ is £7 and the Movie should start around 8:30 /9pm and if you don’t want to eat then its Free!
DJ / Giveaways
The premiere celebrates the launch of new Scottish girls program LASS (Lass Academy of Snowsport Scotland) – the governing bodies initiative to get more girls actively participating in freestyle snowsports. LASS days will be held throughout the season at Glenshee, Cairngorm Mountain, Nevis Range and Glencoe Mountain….
The online launch of Eurotic is set for Monday, the 26th of November at 12.30pm!! Get excited, spread it and watch it!! - 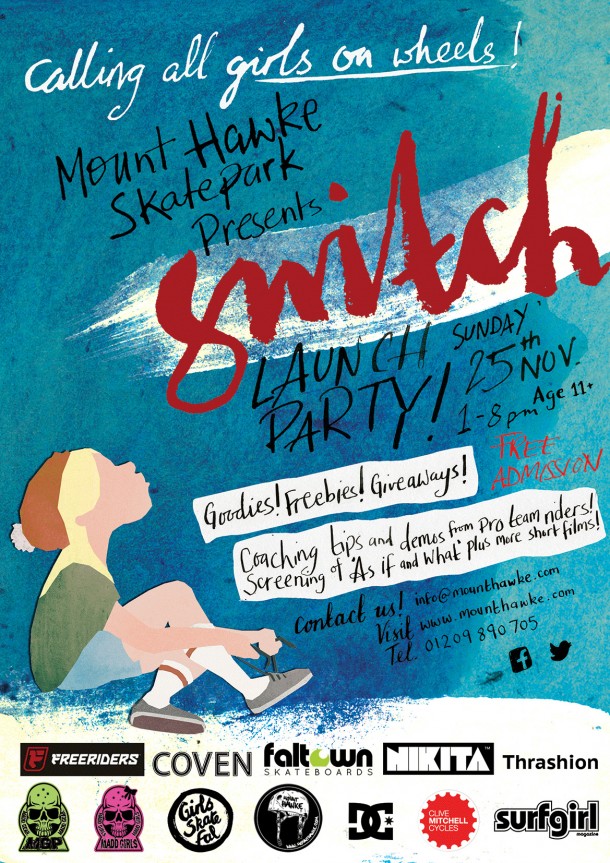 Girls Skateboard Session Launch
Calling all girls on wheels!! Mount Hawke Skate Park presents ‘Switch’ launch party – 25th November 2012 from 1-8pm, with coaching tips and demos from pro team riders, prizes and giveaways from sponsors including Nikita and screening of ‘As If And What’ by Jenna Selby. This is the launch of what will become a monthly Sunday session for girls at the skate park, so show your support! www.mountehawke.com

GIVE SNOW A GO / NIKITA WEEKS 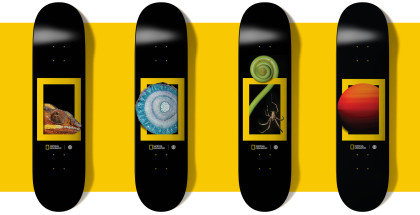 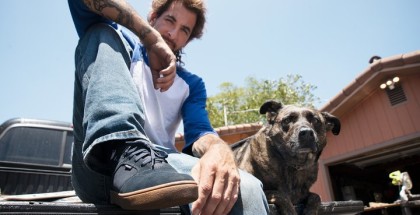 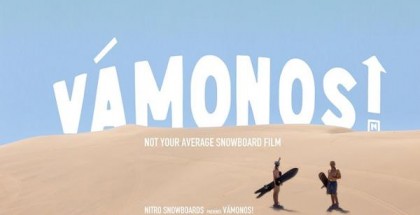