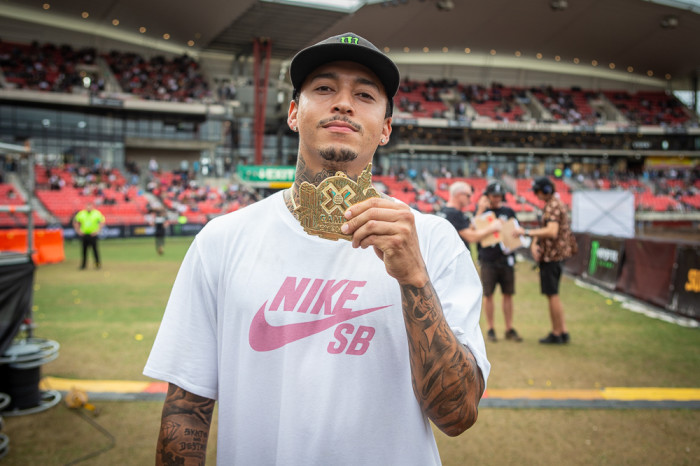 Talk about saving the best for last! In the final event at the very first X Games Sydney, Nyjah Huston claimed the gold medal in the Men’s Skateboard Street event. Facing the world elite of competitive street skateboarding at the X Games debut on Australian soil, the 23-year-old from Laguna Beach, California, took home his ninth skateboard Street gold medal. 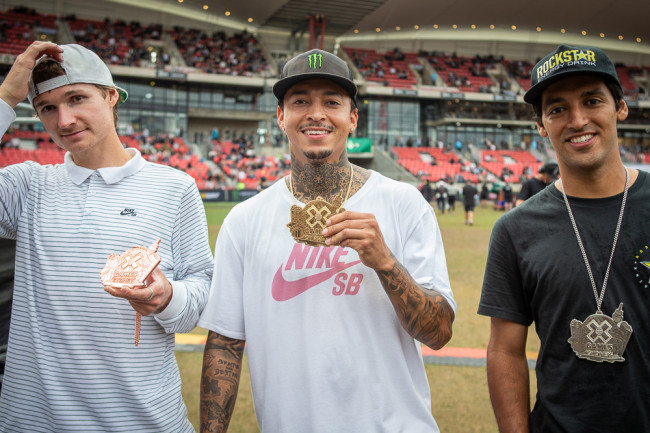 Final session saw 12 of the world’s best street skaters – including riders from Australia, Brazil, Canada, Japan, and the United States – competing for the highest-scoring run with three attempts per rider. The concrete course at Spotless Stadium inside Sydney Olympic Park featured a broad variety of ledges and banks, plus an assortment of rails in different lengths and sizes. In other words, exactly the kind of obstacles Huston loves to skate. 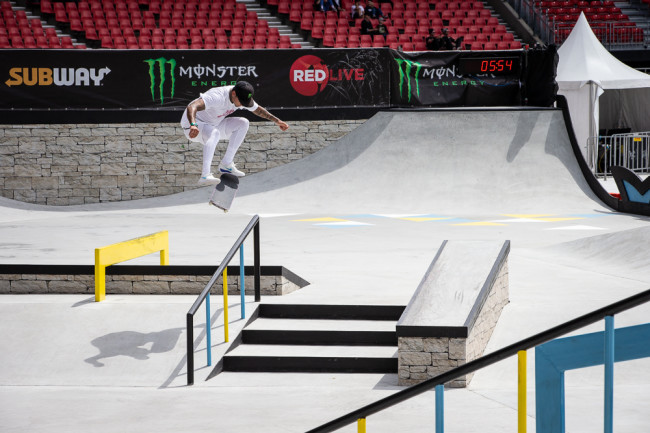 The defending Street gold winner from July’s X Games Minneapolis came into the finals fully focused, posting a perfect run on his first attempt: backside smith grind on the platform ledge into the bank, kickflip frontside boardslide the fun box rail, gap out kickflip to frontside smith grind the bump to rail, backside 180 nosegrind the center rail to revert, backside kickflip 180 over the bump, backside big spin up the Euro gap and a highly technical nollie backside heelflip lipslide the big rail earned Huston a 94.33-point score for an early lead. 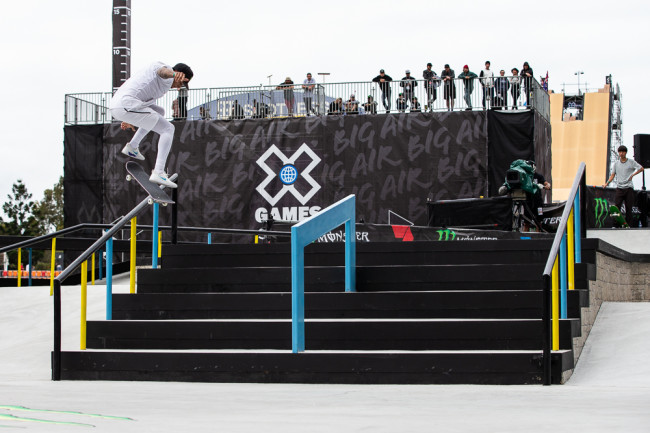 That score ended up sealing the deal, as none of the other riders could claim the top spot. Taking his third and final run as a victory lap, Huston decided to crank up the difficulty by throwing in a kickflip to frontside nosegrind on the bump to rail, 360 kickflip over the long fun box, and a fakie landing on his nollie backside heelflip down the big rail, thereby bringing up his winning score to 96.00 points for a gold medal finish. 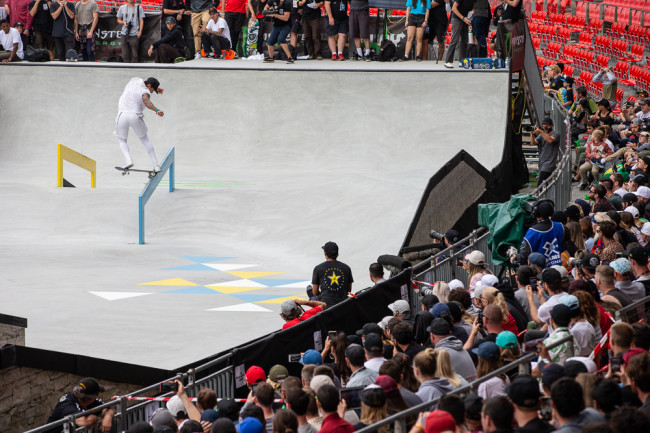 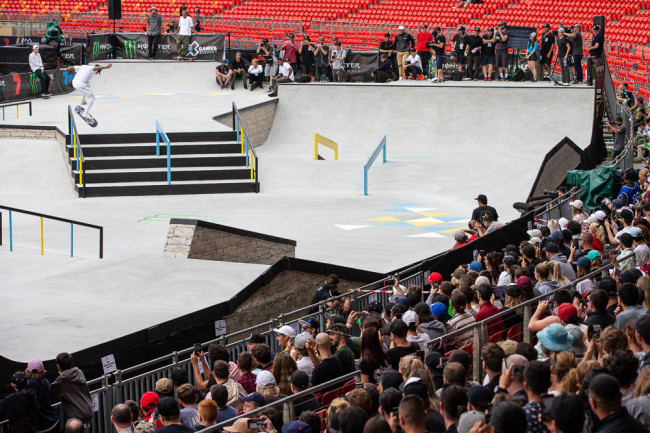 Huston made his debut at the X Games in 2006 at the age of 11 and became the youngest gold medalist in X Games Skateboard Street history at age 16 in 2011. He has won more prize money on the street competition circuit than any rider in history and holds the current Street League Skateboarding Super Crown World Championship title. After dropping a heavy video part for his shoe sponsor Nike in February 2018, Huston faced a major setback with a knee injury that saw him miss major events of the contest season. He returned to full form by winning gold at X Games Minneapolis 2018 and now holds 15 X Games medals in Skateboard Street including nine gold, the most out of any rider to date. 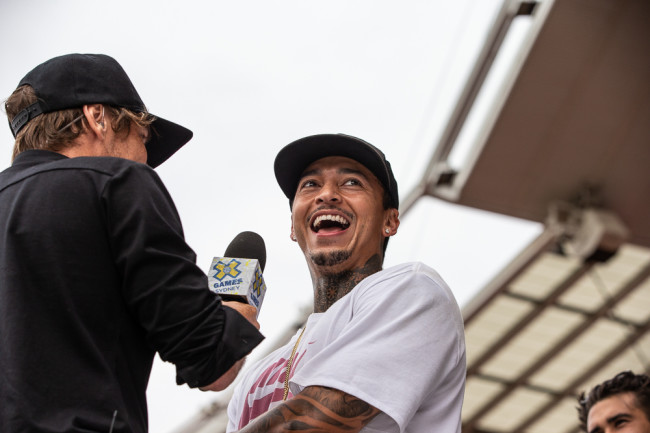 Also stoking the crowd in Sydney today, Huston’s teammate Ishod Wair battled his way into the final in second place. The Thrasher Magazine Skater of the Year put together a near-perfect run featuring frontside smith grind the platform rail, frontside nosegrind the funbox rail, overturned 180 to switch crooked the bump to rail, kickflip frontside lipslide on the bump to rail, frontside kickflip over the quarterpipe hip and nollie heelflip up the Euro gap, before missing a highly technical switch flip frontside lipslide the big rail. 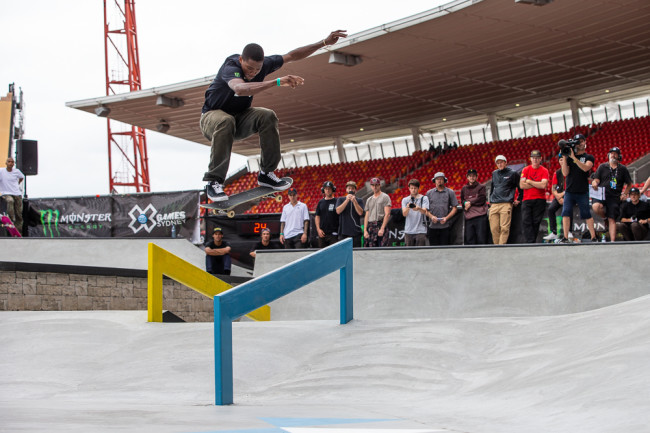 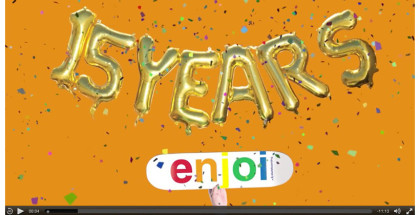 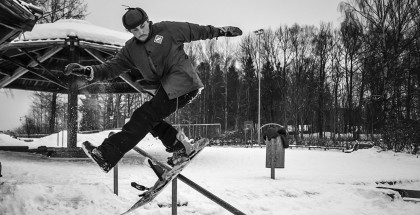 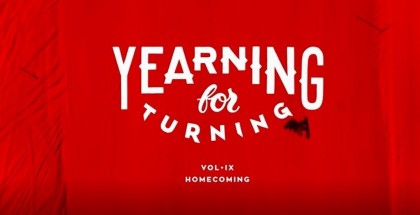