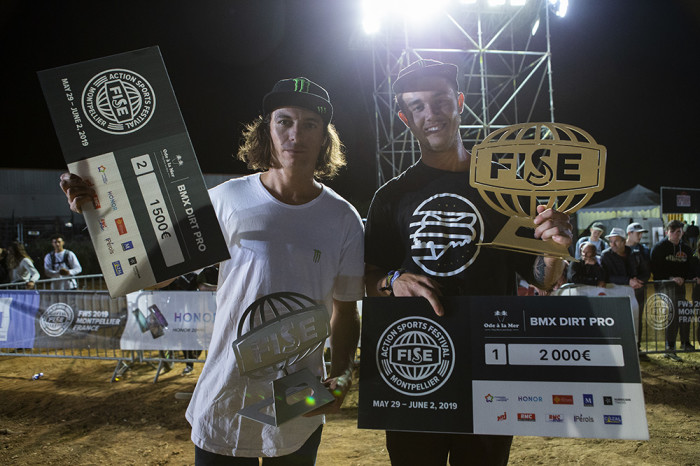 Pat Casey and Leandro Moreira took first and second place at FISE in Montpellier, France in BMX Dirt. In its 22nd year, FISE is the longest running action sports event in Europe.

Its roots are in Montpellier, where the weekend crowd swells to over 600,000 people, and there are also stops in Hiroshima, Japan, Edmonton, Canada, Budapest, Hungary, and Chengdu, China. The international notoriety of FISE has the draw of the best athletes from around the world. 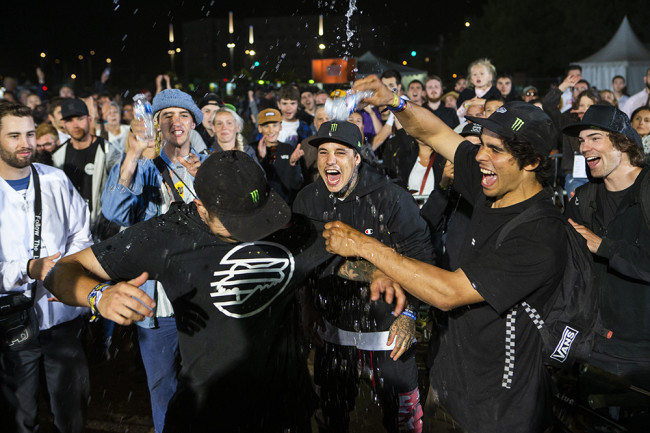 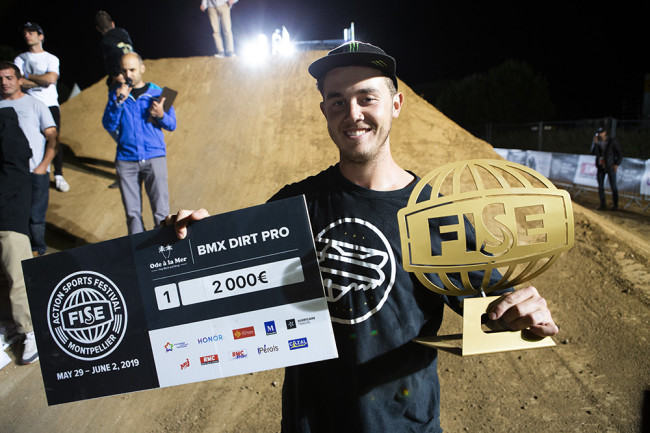 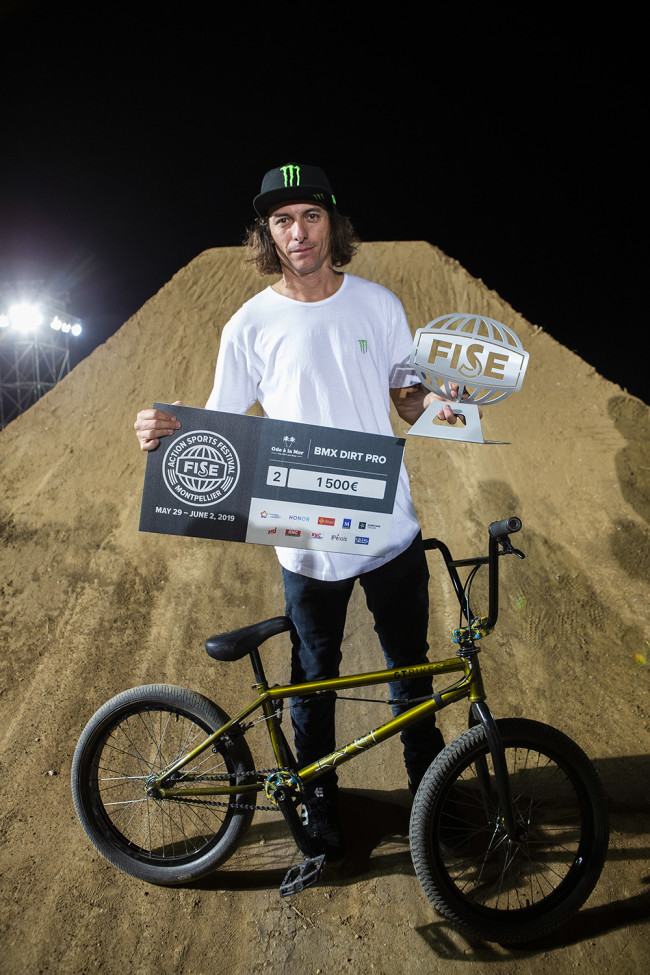 Pro Dirt qualifying was scheduled for the night before, but with high winds, the decision was made to run the Final the following evening sans the qualifiers. A total of 18 riders got three runs with the best run counting. The course consisted of a massive step-down gap, followed by two straight jumps, a hip, then a roller into the last jump. 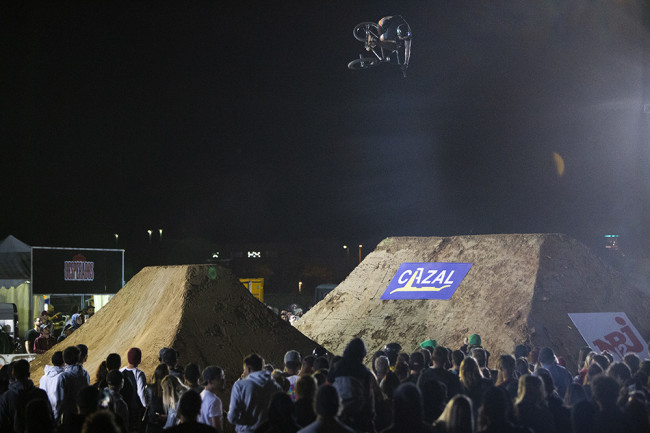 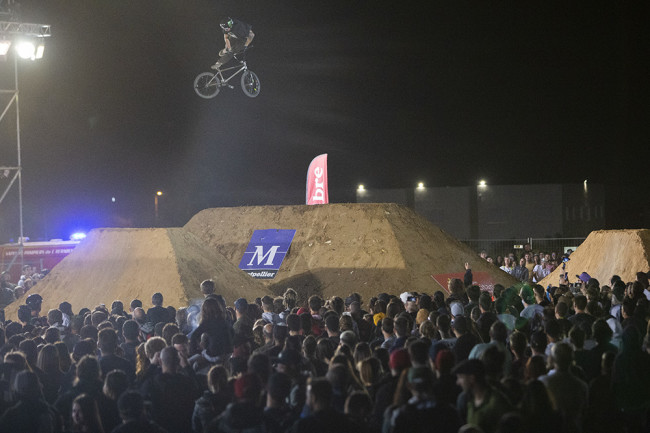 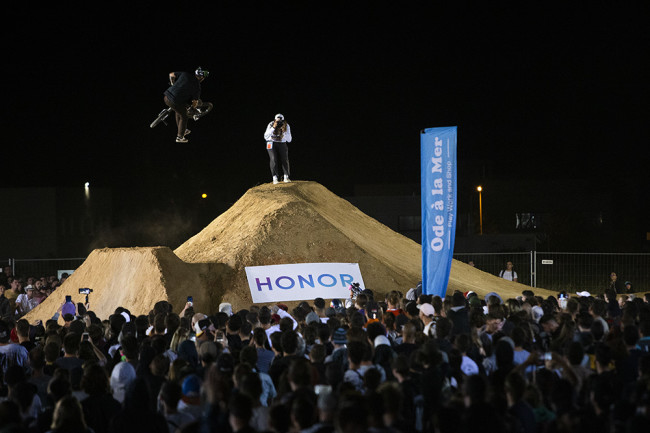 There were a few hundred spectators on hand to witness an assortment of dirt jumping styles, including cutting edge tricks from the likes of Jaie Toohey and Jake Leiva to more classic style and execution focused tricks from the Monster Energy’s Kevin Peraza and Moreira. Moreira’s snappy style and textbook trick execution landed him in second place. And that leaves Casey who actually didn’t make it through all the jumps until his final run, but still managed to take first place. According to Casey he had a string of bad luck on his first two runs. 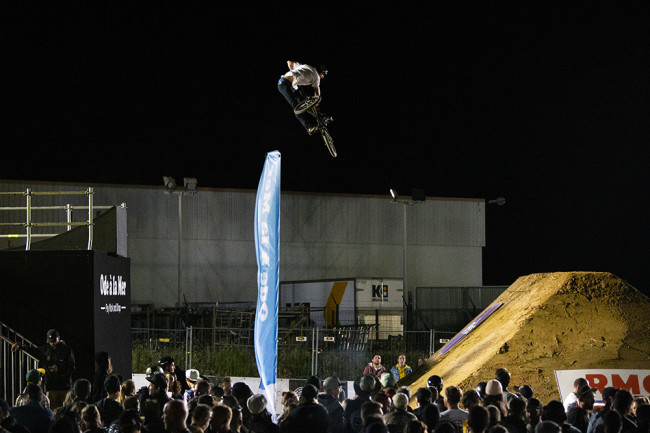 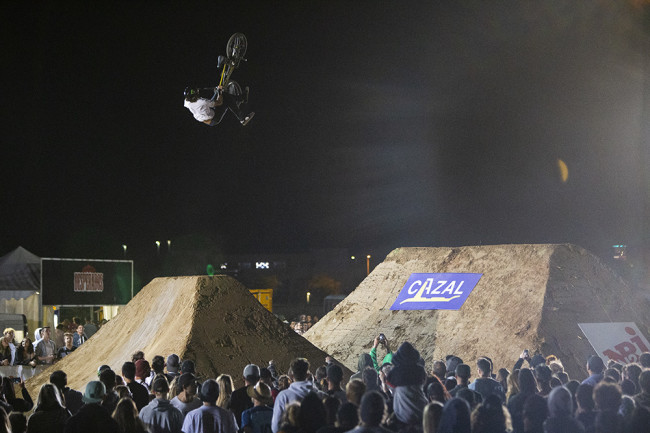 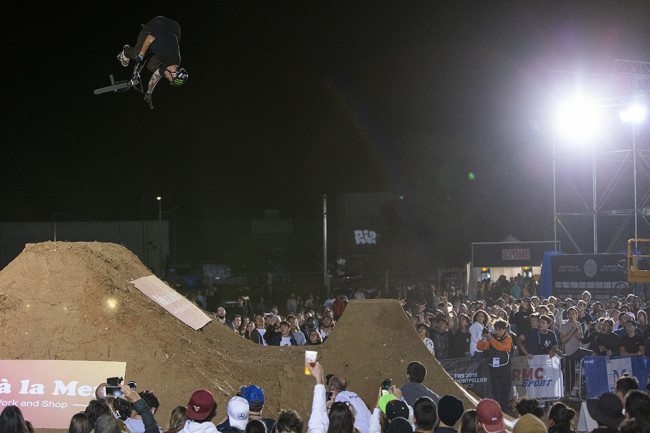 “The first run was pretty windy—it wasn’t windy all day, and then out of nowhere the wind picked up,” said Casey. I landed my next run all the way through, but the dirt was super loose at the bottom and I just fell over. Fortunately, the best run counts format worked in Casey’s favor, as he put it. “That kind of pissed me off so I had to send it after that. The third run was the only run I landed. That was the run I wanted to do.” Casey walked away with his first FISE dirt win and will be competing in the Park and Spine ramp events this weekend. 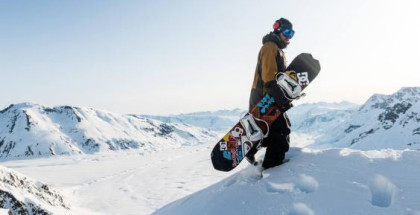 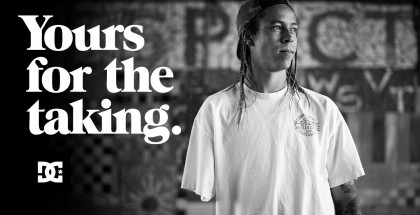 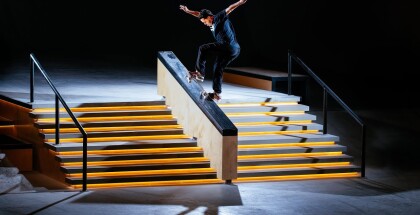