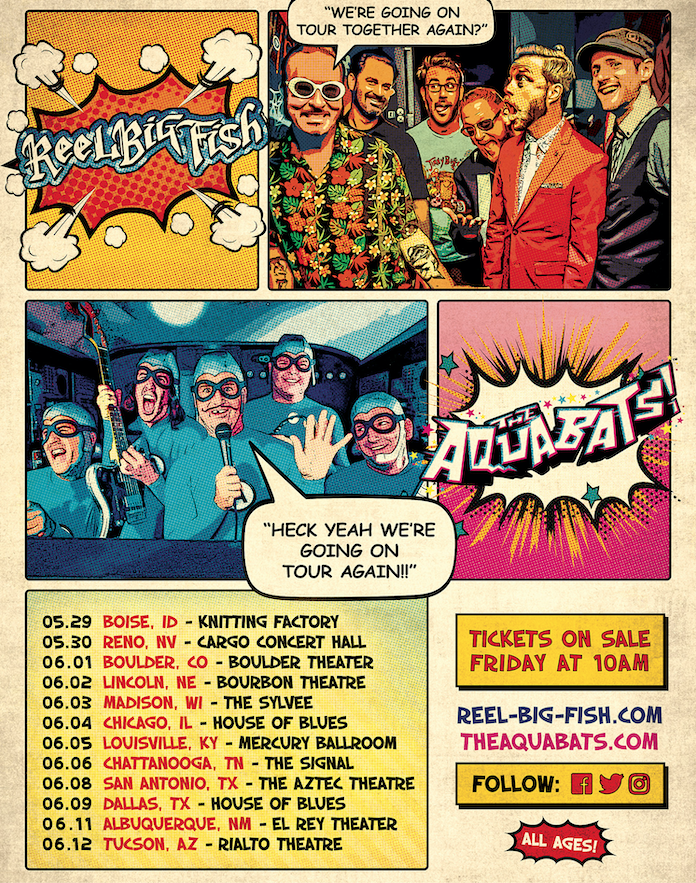 Reel Big Fish and The Aquabats! are about to hit the road together again! They just couldn’t be without each other in 2020! The tour begins on May 29th!

Reel Big Fish frontman Aaron Barrett: “Nothing brings me more joy than seeing the Aquabats live in concert… except maybe going on tour with them and seeing them live every night! So happy to be still playing shows with these guys after all these years and so excited to celebrate 25 years of friendship, wackiness and ska!”

As one of the key mid-90’s ska-punk bands to emerge out of Southern California’s third wave ska scene, along with acts like No Doubt and Sublime, Reel Big Fish’s popularity hasn’t faltered over the years. Distinguished by their hyperkinetic stage shows, sarcastic humor ironic covers of new wave pop songs, and metallic shards of ska, the group continues to tour the world playing shows to a hardcore fanbase that’s as devoted as ever. The band’s 9th studio LP, ‘Life Sucks…Let’s Dance’ was released in late 2018 and has earned some of the best reviews of their lengthy career.

The Aquabats!: “We’re excited to get back on the road with our friends, Reel Big Fish! And we can’t wait to play everybody new music from our upcoming album, ‘Kooky Spooky! In Stereo!’ This will be some of our first new music in almost 10 years, so you can bet we will bring it! And together, with the mighty powers of Reel Big Fish, we can guarantee all of you kids out there that this tour is going to rock your wigs off! Don’t miss it! Anything can happen when our awesome forces combine.”

Punk rock’s superheroes, The Aquabats!, formed in 1994 in Orange County as a way to have some harmless fun in a music scene that took itself too seriously. Their Paul Frank designed “power belts,” trademark rash guards, black eye masks, and “anti-negativity” helmets and onstage antics quickly caught on, earning the group a fierce loyal following that spans generations.

‘Kooky Spooky! In Stereo!’ is The Aquabats! 6th studio album. The first since 2011’s ‘High Five Soup’! This energetic, eclectic album is prime Aquabats with all of the variety, quirk, and fist-pumping rock you can handle! Walk on the weird side with songs like ‘Skeleton Inside!’ Crazy characters, maximum repeat listening, and yes, even hornn… it’s all there!

Tickets for all shows on sale Friday, February 28th at 10am local time. 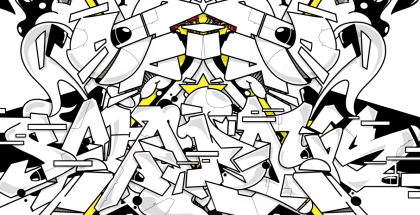 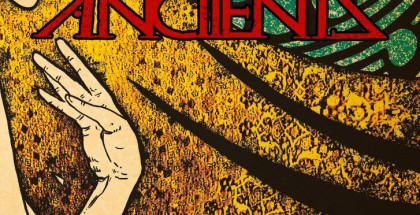