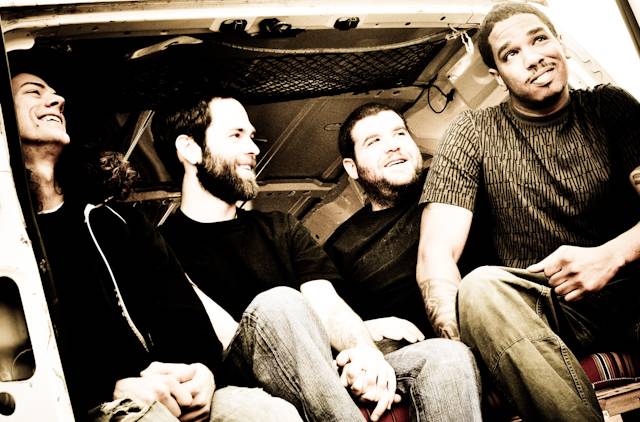 Maryland-based reggae/rock band LIONIZE, winners of the 2010 High Times Magazine ‘Doobie Award’ for Best Reggae/Soul Record for ‘SPACE POPE AND THE GLASS MACHINE’ (for which they beat out such nominees as Matisyahu, Easystar Allstars and Tarrus Riley) are gearing up for the release of their new album‘DESTRUCTION MANUAL’ in early Feb. 2011 on Hardline Entertainment. Gaining fans across the world, LIONIZE takes pride in their original sound, DIY work ethic and fiery live shows. ‘DESTRUCTION MANUAL‘, (produced by J. Robbins of Jawbox) finds the band continuing its exploration of the stoner-rock, funk and reggae landscapes. This twelve-song LP calls to mind classic reggae and rock albums with a decidedly modern spin. The band’s foundation on drums and bass are LaMel Randolgh and Henry Upton who hint at a rock-and-roll version of Sly and Robbie joined with the classic scorching Hammond organ and key sounds from Chris Brooks and the commanding guitar and vocal work of Nathan Bergman. Reggae heavyweights David Hinds and Selwyn Brown of Steel Pulse lend their vocal talents on the track ‘Killers and Crooks’ as well as stalwart guitar work from Tim Sult of Clutch who also lends his talents throughout this record. Lionize continues to tour over 200 dates a year, having been tapped to open up for bands such as Clutch, Galactic, Steel Pulse and Bad Brains. LIONIZE also pulled double duty backing and supporting Lee “Scratch” Perry, garnering a slew of positive reviews. Between recording in Kingston, Jamaica with Sidney Mills (Steel Pulse), collaborating on and off stage with artists such as Ozomatli and Chali 2na, and supporting heavy metal favorites Kylesa and cKy, the band begins 2011 on quite an auspicious note. Despite its lack of mainstream press, the band’s loyal following expands daily. With ‘DESTRUCTION MANUAL’ set to be released in early 2011, and tours supporting Authority Zero and Streetlight Manifesto on the horizon, LIONIZE continues to turn ears as a novel addition to the sonic terrain of rock and roll with its train of heavy riffs, wailing organ, and pulsating reggae. LIONIZE contribute two tracks to a Hardline Entertainment label sampler which will be available at these upcoming shows:
LIONIZE w/ AUTHORITY ZERO/FLATFOOT 56 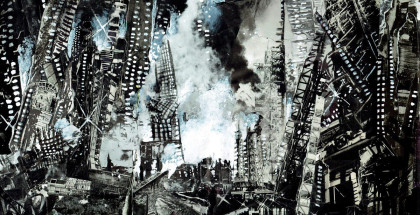 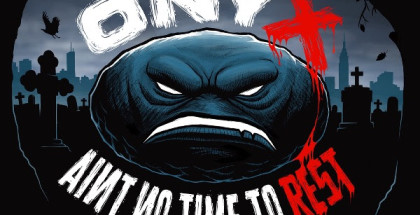 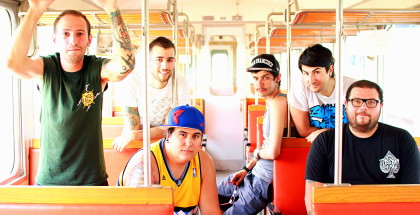