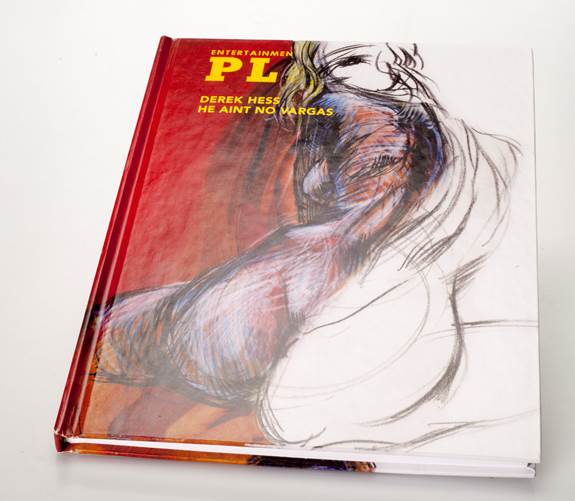 ‘He Ain’t No Vargas’ is a limited edition book containing an extensive collection of grease pencil nudes by Derek Hess that utilize Playboy magazine covers as canvases. The pieces were created using 1960s and 1970s era Playboys– the very same issues Hess first discovered as a fourth grader. The nostalgia brought back by the taboo material of Hess‘ childhood made the project even more fun for the artist. Drawing loose and fast, Hess was able to capture the vibrant feeling of the figure. The book has drawings spanning from the beginning of his experimentation with Playboys back in 2010 all the way into his most recent works done in August, 2013. Vargas refers to the artist Alberto Vargas, who was responsible for the pin-up nudes in Playboy for decades, and the book title is a tongue-in-cheek shot at Hess and his ability to draw. Hugh Hefner gave his personal blessing, perhaps giving the book the highest praise one can receive from Playboy magazine. Purchase your copy of He ‘Ain’t No Vargas’ here – http://www.indiemerch.com/strhesspress

Derek Hess’s work has been recognized in both the music and art world for over 20 years. Hess began creating promo flyers for shows in Cleveland, OH. These flyers soon gained the attention of a multitude of bands as well as the GRAMMY Museum, The Rock & Roll Hall of Fame and the Louvre in Paris which he is part of their permanent collections. In addition to countless cd covers and gallery shows all over the world, he has been featured on TLC, MTV, Fuse, VH1, Alternative Press, Newsweek and Juxtapoz to name a few. 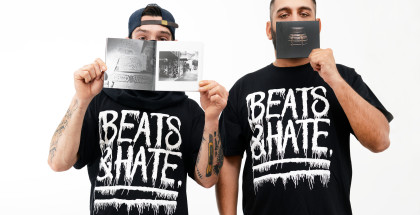 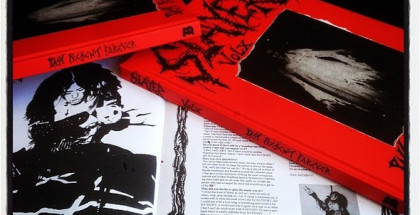 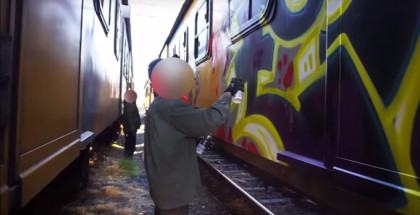