Rhythm Group, Burleigh Heads Australia (Friday 17th December 2010) – Kieren Perrow (Byron Bay, AUS) 33, has secured his career best result finishing runner‐up to Jeremy Flores (FRA) 22, at the 2010 Billabong Pipeline Masters in Memory of Andy Irons in pumping 4‐6ft (1.5‐2m) Backdoor waves on Oahu/Hawaii. Perrow’s ability at the treacherous Banzai Pipeline ensured he was a major contender throughout the events entirety, charging huge barrels over a dangerously shallow reef to achieve some of the events top scoring rides including a 9.90, 9.83 and a 9.7 (out of a possible 10). This is Perrow’s best result on the World Tour and barely had the win snatched away by Flores in the dying minutes of the Final. “You never think you’ve won until the hooter goes I guess,” Perrow said. “I know Jeremy (Flores) is capable of getting great scores which he showed throughout the event and I wanted to be patient and wait for that good one. I went on that one that wasn’t so good and Jeremy got that 9 and all credit to him. It’ been a fantastic week though, the support from everyone has been amazing.” Heralded as one of Australia’s hardest charging surfers on the ASP World Tour it’s been long overdue for the Byron Bay surfer to appear in the final at one of the most dangerous spots on tour. “It’s a little disappointing not to come away with the win but I’m very glad to have made the final”, Perrow said, “I’ve never made a final before so it feels amazing to finally get the monkey off the back”. This result guarantees Perrow a top 32 birth on the 2011 ASP World Tour, his 5th year as an elite competitor on what is known as the Dream Tour and can now relax and recharge for next years season, “The family and I will be travelling over to New York for a white Christmas before heading home to start
training for Snapper in March”. The 2011 ASP World Tour kicks off at Snapper Rocks in March on the Gold Coast, Australia. 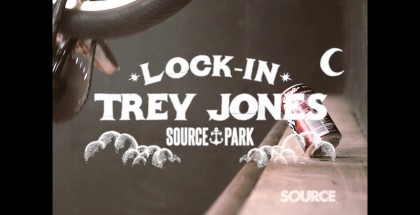