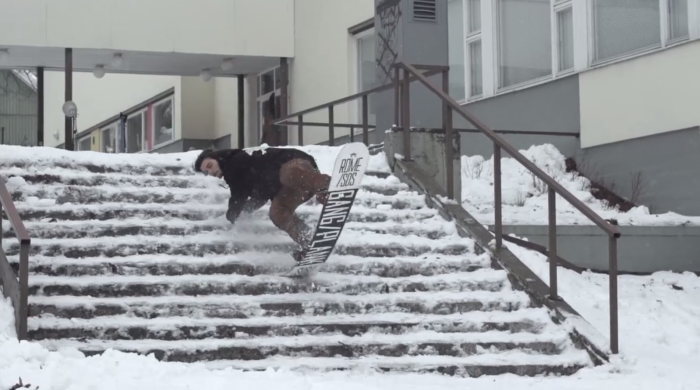 Liquid courage. Nerve tonic. Pork chop in a can. Whatever you call it, it’s all the same once it hits your lips: Beer.

This adult beverage has been entwined with snowboarding since the dawn of time—cold ones kicked back in the parking-lot, a 12-pack at the spot, or late-night shotguns at a house party. The Strange Brew boys are no strangers to slugging cold ones. They’ve built their reputation out of Tahoe by thrashing urban environments, traveling by van, and crushing cans all the while. Thousands of miles away across an ocean, Toni Kerkelä has spent his seasons meticulously picking apart street spots and filming hammers on his home turf of Finland. Toni’s built his reputation by putting out multiple video parts every year, full of his crisp style. When you park the Strange Brew van in the U.S. and mash them and Toni together in Finland, you get ‘Beer & Rails’. When the wave of fermented grain finally crashed and washed Strange Brew up on the streets of Jyväskylä, Finland, they got a two-week guided session of Toni’s home-town spots. The crew was comprised of Riley Nickerson, Keenan Cawley, Ian Daly, Jasper Tripp, and Toni Kerkelä. With equal parts raw snowboard talent, beer-soaked ambition and an eye for unique lines, the newly-forged crew took it hard to the streets in search of late-night sessions and urban creativity. ‘Beer & Rails’ hits taps 8.31.15 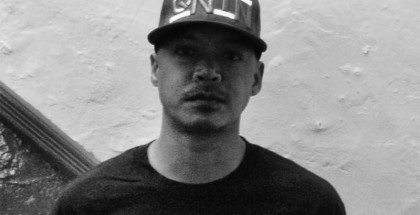 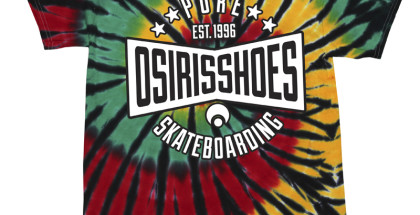 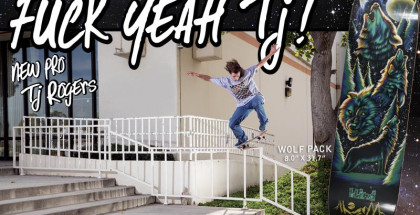 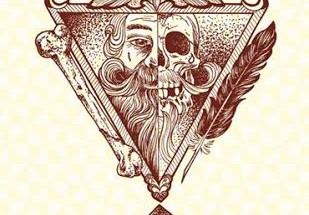