SCARLETT O’HARA, NO BRAGGING RIGHTS AND HUNDREDTH ANNOUNCE PLANS FOR WINTER CO-HEADLINE TOUR; THE BRODEO TOUR RUNS FROM JANUARY 7 TO FEB 8 WITH SUPPORT FROM LETLIVE & LIONS!TIGERS!BEARS!

SCARLETT O’HARA, NO BRAGGING RIGHTS AND HUNDREDTH ANNOUNCE PLANS FOR WINTER CO-HEADLINE TOUR; THE BRODEO TOUR RUNS FROM JANUARY 7 TO FEB 8 WITH SUPPORT FROM LETLIVE & LIONS!TIGERS!BEARS!

Rise Records’ SCARLETT O’HARA, BlkHeart Group’s NO BRAGGING RIGHTS and Mediaskare Records’ HUNDREDTH are joining forces on the Brodeo Tour, a winter co-headline run that kicks off on January 7 in Houston, TX and winds down February 8 in Pensacola, FL. Hundreth joins the trek on January 27, and supporting the bands on portions of the tour are Tragic Hero Records’ acts LetLive (January 7-January 31) and Lions!Tigers!Bears! (January 7 to January 22). McAllen, TX’s SCARLETT O’HARA released their Rise Records (www.riserecords.com debut ‘LOST IN EXISTENCE’ to rave reviews last September and just completed their stint on the Average Guys With Exceptional Hair Tour with A Skylit Drive, Motionless In White, For All Those Sleeping and Woe Is Me. Hailing from Riverside CA NO BRAGGING RIGHTS will release their new album, ‘ILLUMINATOR’, on January 11 via Blkheart Group (www.blkheartgroup.com). The release will be available at Hot Topic stores nationwide and digitally through SONY RED. The band is currently on the road as part of the Tour Fast Tour Furious Tour with Before Their Eyes, Jamie’s Elsewhere, Ice Nine Kills & To Speak Of Wolves. Myrtle Beach, SC’s HUNDREDTH just came off of a national tour with The Ghost Inside, First Blood, A Loss For Words, & Deez Nuts. The band is currently in Canada with Shai Hulud, Lionheart, & Counterparts. They will be out from January 13 to January 23 with Death Before Dishonor, Casey Jones, & The Mongoloids. Hundredth’s debut album ‘WHEN WILL WE SURRENDER’ was released last spring on Mediaskare Records (www.mediaskarerecords.com). 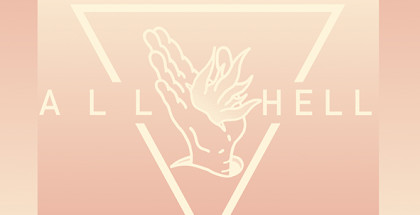 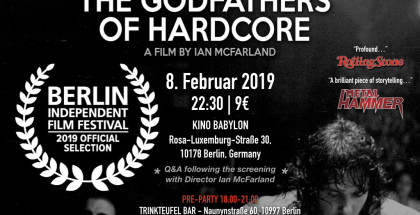