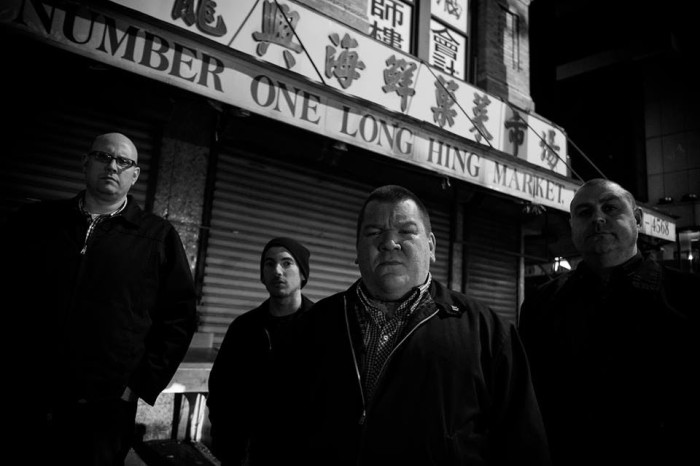 The illustrious Reverend Paul Bearer, along with the new and improved lineup of Mike Delorenzo (guitar), Jason Carter (bass), and Anthony Corallo (drums) are back as Sheer Terror and are gearing up to release their new album ‘Standing Up For Falling Down’ on July 15th from Reaper Records. Listen to the new track, ‘Love You Like A Leper’ now on Lambgoat.com.

Sheer Terror have been a staple in the punk scene since their inception and have released some of the most classic hardcore records to ever exist; ‘Just Cant Hate Enough’ (1990), ‘Ugly and Proud’ (1991), ‘Thanks Fer Nuthin’ (1992) and ‘Love Songs For The Unloved’ (1995). Their first full-length since ‘Love Songs’, ‘Standing Up For Falling Down’ was recorded earlier this year with Dean Baltulonis at Thump Studios in Brooklyn and is everything Sheer Terror fans have come to know and love, and then some. Always pushing the boundaries a step further with every release, ‘Standing Up For Falling Down’ is hard, heavy and honest. Vocalist/lyricist Paul Bearer delvers one of his greatest performances to date and the band is tighter than ever before. From the tongue-in-cheek yet brutal hardcore pummeling of ‘Heartburn In G’ to the melodic melancholy of ‘Sandbox Tonka’, there’s plenty of gritty, hard driving punk from a band that was born in a time when hardcore was an actual threat. ‘Standing Up For Falling Down’ is the Sheer Terror album fans have been waiting for – 18 years on the making – and it’s worth the wait. Pre-order now from www.Reaper-Records.com (and use the coupon code HERETOSTAY today only for 10% off the album pre-order). 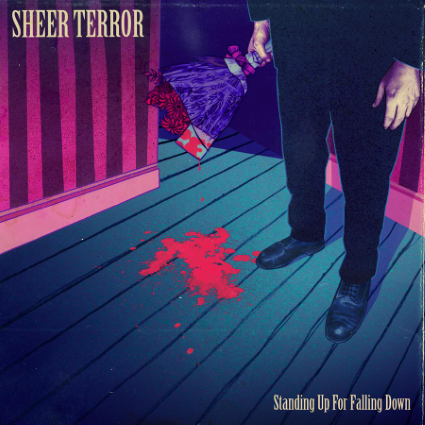 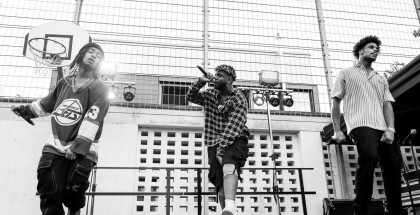 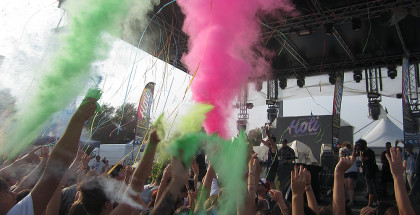 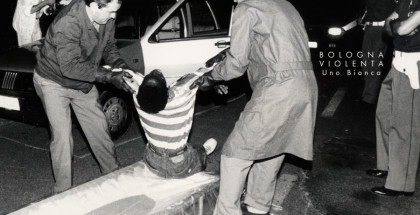