Quebec City skatepunk fivesome Still Insane has unveiled a brand new music video for their song ‘Follow The Flame’. The track is off the band’s most recent EP ‘Friends & Family’.

The video is comprised of footage filmed at last year’s Festivoix where Still Insane filled in as direct support for NOFX. You can watch the video below.

The ‘Friends & Family’ EP was released in 2017 via Thousand Islands Records. The band is currently working on new music.

Formed in 2006, Still Insane is a Punk Rock band from Quebec City. Their goal is simple; to play fast, to play loud and to play everywhere. In 2009, the band released their first EP (‘Ready To Crash’) and then released their first LP three years later in December 2012 (‘Never An Off’). Thanks to the band style which draws its inspiration from the ‘90s Californian Skatepunk wave, the album ‘Never An Off’ was greatly received throughout both the local and international scenes, granting the band excellent reviews from everywhere around the globe. In 2017, the band came back strong with a new EP called ‘Friends & Family’ on the label Thousand Island Records in America and on the label Melodic Punk Style Record in Europe. Critics were enthusiastic once more.

Recent years were excellent, giving Still Insane the opportunity to perform at various large-scale events and festivals such as Festivent, PouzzaFest, Snowboard Jamboree, Envol & Macadam, Music 4 Cancer, and more. The hundreds of shows performed around the Province of Quebec gave the band the chance to share the scene with the biggest names in Punk Rock such as NOFX, Bad Religion, Good Riddance, Anti-Flag, Millencolin, Pennywise, Face To Face, Pulley, Cigar, A Wilhelm Scream, Guttermouth, Strike Anywhere, The Real McKenzies, The Queers, Gob, as well as with many groups from the local scene. Entering its 12th year, Still Insane’s goal is to play everywhere. The band has no border and would like to go and play in Europe and even in South America.

Counterparts ‘Nothing Left To Love’ 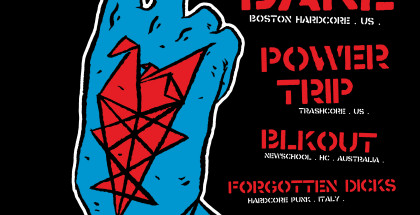 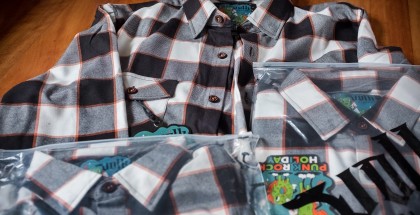