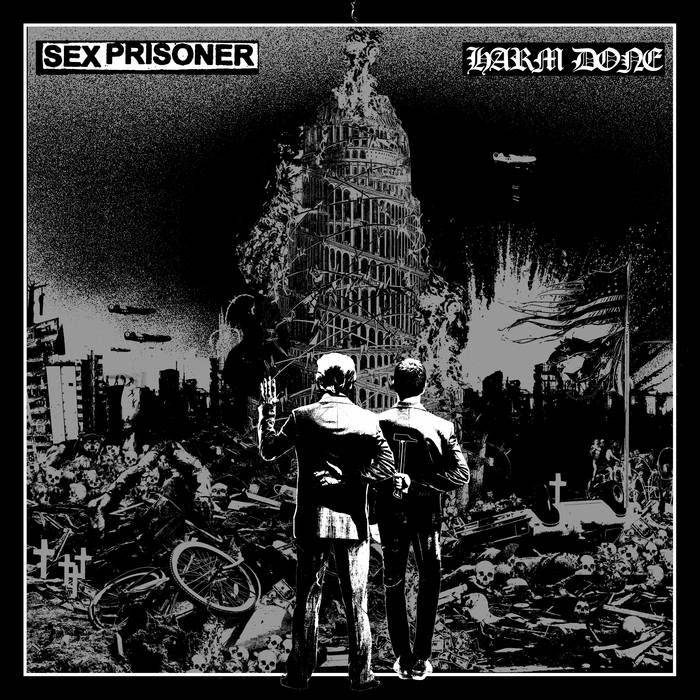 How cool would it be to do a split record with the band that was the very first inspiration to start your own? Hum, about that cool.

Sex Prisoner joins Straight & Alert Records crew and will put out a split 12″ with Harm Done. After they worked on a European tour happening in October 2017 thought “Why not putting out a split record for the occasion?”. Here it is, 8 tracks (4 each) of our own kind of furious Powerviolence / Hardcore filled with Metal influences. Somewhere between Infest, Crossed Out, Despise You, Nails or Morbid Angel.

Tucson’s favorite PV band Sex Prisoner teamed up with the frenchies from Harm Done on this record. After both bands worked on a European tour happening in October 2017 they thought “Why not putting out a split record for the occasion?”. Here it is, This record is a collaboration between 4 labels: Straight & Alert Records and RSR Records for the European pressing. Deep Six Records and To Live A Lie Records for the North American pressing. Both pressings come on random colors wax with respective labels logos on the back cover. Tape and CD version only available from Straight & Alert Records. 12″ is available for preorder while Tape and CD are ready to ship and will be available on upcoming tour. 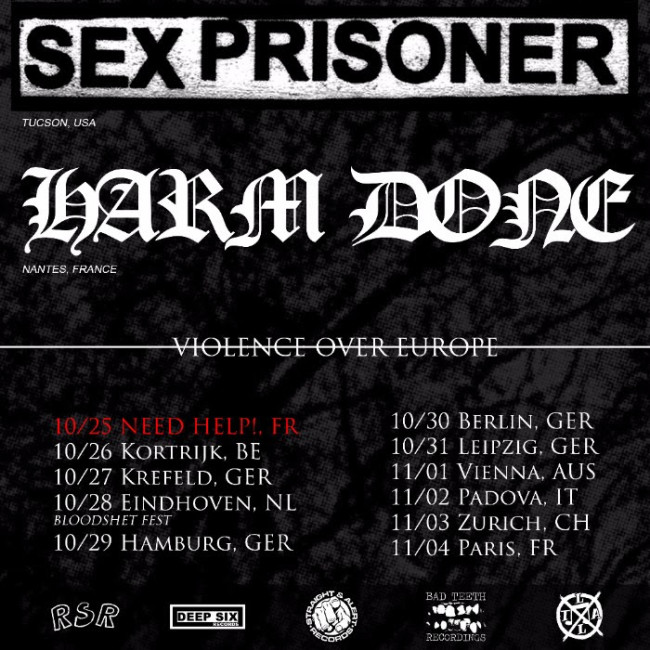 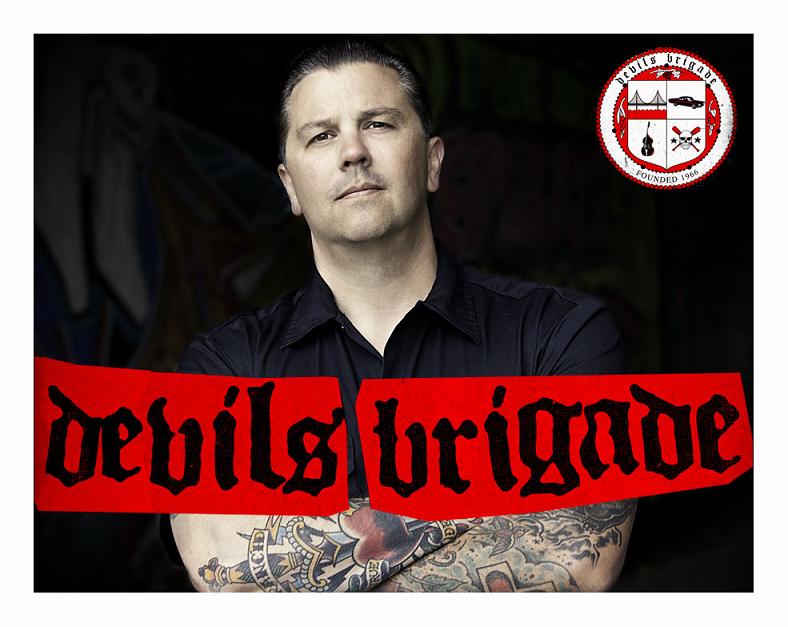 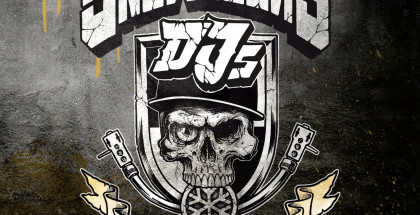