STRENGTH APPROACH ‘OVER THE EDGE’ VINYL OUT APRIL 2016 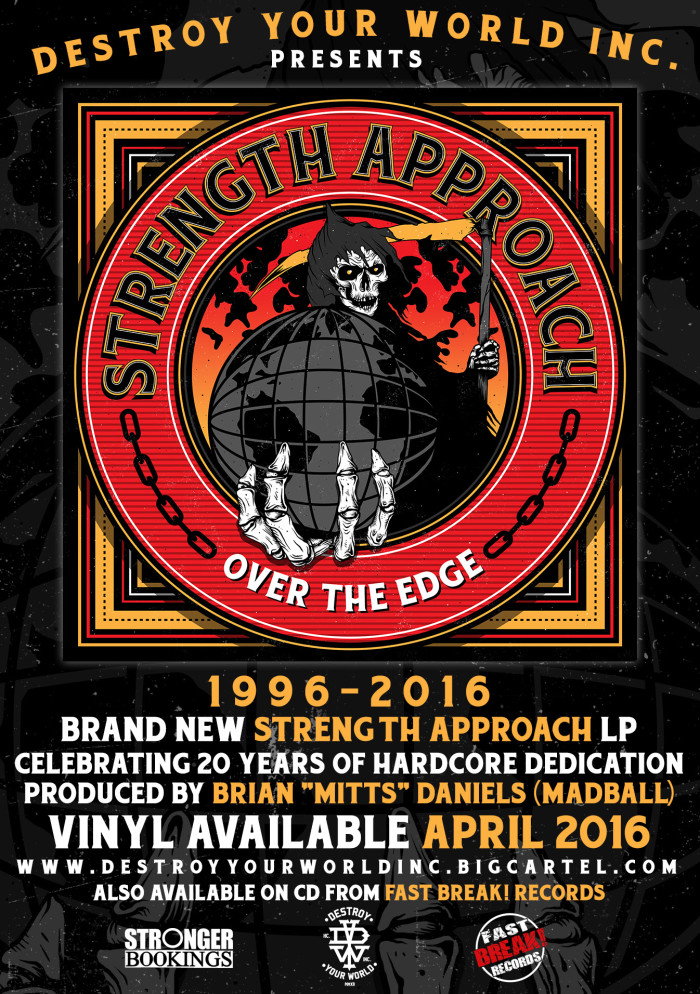 It’s been a while since you’ve heard anything from us about upcoming releases, in fact things have been pretty quiet around here with DYW Inc. But we’re glad to say that we’re coming back with a bang!

Destroy Your World Inc. is really proud to announce that DYW006 will be Strength Approach‘s brand new LP ‘OVER THE EDGE’, released for their 20 years anniversary of hardcore dedication! The album has been recorded this month in Roma at the Hell Smell studios by Alex Gavazzi, and has been produced by the man Brian “Mitts” Daniels of MADBALL, and after listening to a first rough mix we can guarantee it’s an absolute banger! Fast Break Records will be taking care of the CD whilst Destroy Your World Inc.‘ll be doing the vinyl version. We’re aiming for an April 2016 release and if all goes well pre-orders will be launched at the end of February or early March. Keep your eyes opened for more some previews of the album and some more news about ‘Over The Edge’! In the meantime, you can check all our releases available at WWW.DESTROYYOURWORLDINC.BIGCARTEL.COM 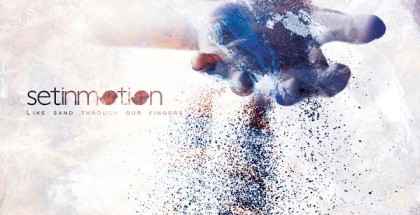 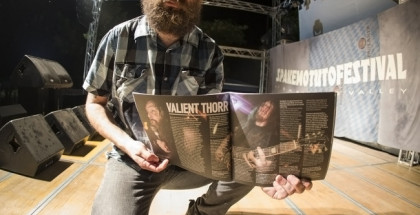