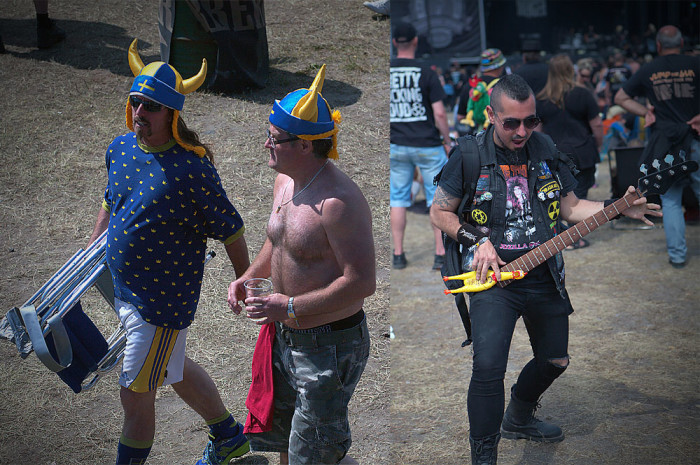 On the 4th-7th June the sell-out Sweden Rock Festival returned to Sölvesborg, south of Sweden, with approximately 33,000 festivalgoers arriving in brilliant sunshine each day. Salad Days Magazine was there to listen to the bands and to give you a re-cap of this year.

The line-up and the Concerts 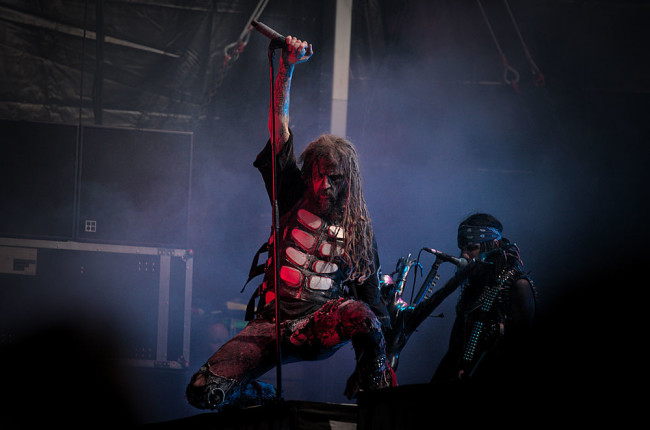 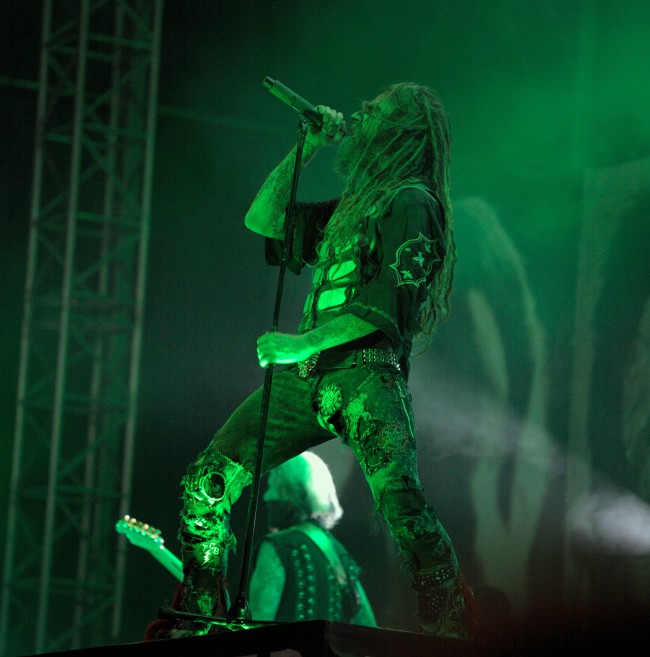 Horror rocker Rob Zombie was one of the bigger acts that played on Thursday night. As always, when the Rob Zombie freakshow rolls in it is a real treat for both the eyes and ears. In the opening of “Sick Bubblegum”, huge pink balloons were thrown down over the audience while the band encouraged the crowd to yell “Rock – Motherfucker”, and the response was instantaneous.
Even if everyone there did not happen to be fans of Rob Zombie and his horror fests, this surely made everyone feel those goose bumps down their spines.
This kind of energy continued all through the concert. You could especially feel the adrenaline pumping from the audience when songs like Dragula and Lords of Salem were played.

The main act on Thursday night, however, was the master of horror and gothic rocker Alice Cooper. The show was as tight as you might expect from someone who has spent so many years in the business. It almost felt like you were watching a play rather than a gig. Whatever you call it, it is entertainment on a high level. Cooper has to pretend to walk like an old man during “No More Mr Nice Guy” before I remember that he really is 66 years old. He jumps around like he was half the age.

Earlier during the day he told the press how happy he was to be headlining, as well as having the time to hang out with friends and fellow festival acts Rob Zombie and Uriah Heep.

- “For rock bands festivals are almost like fraternities because you see all the guys you haven’t seen in a long time. You know, so it will be great to see those guys tonight.” Zombie later joined him on stage for the classic song “School’s Out”.

W.A.S.P, Kvelertak and Black Sabbath were some of the bands that played on Friday. Having seen Kvelertak just a couple of weeks earlier I was a bit worried that this show – in broad daylight and outdoors this time – might not hit quite the same heights. I needn’t have worried, however. Although they played at the biggest stage in the glare of the sun they totally delivered. Singer Erland Hjevik jumps around headbanging the audience into the shape he wants. That and their mix of garage rock and metal really seems to be the perfect recipe for getting the crowd going. 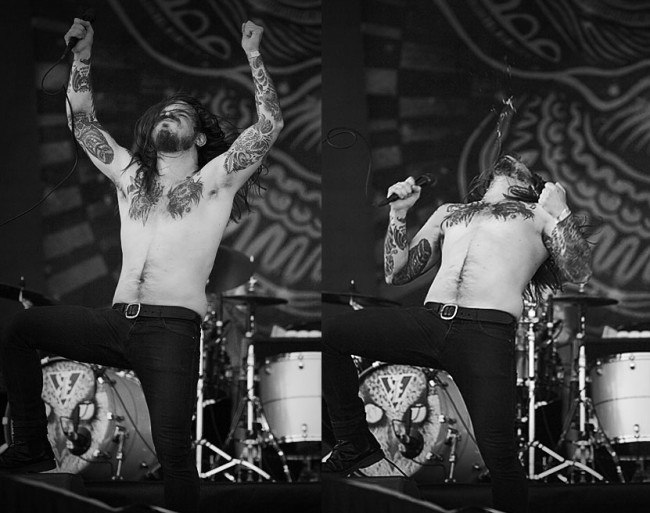 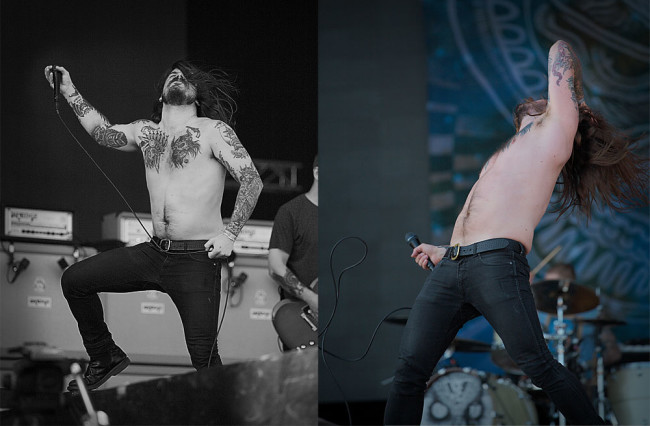 Everyone was looking forward to seeing Black Sabbath – they were, after all, the main act for this year. I do not think they left anyone disappointed, even tho some might say they could have played one less song from the new album and given the audience the chance to hear “Sabbath, Bloody Sabbath” instead. Ozzy’s voice didn’t quite cut it 100% during the concert but I think he picked up along the way. He also seemed to be in a good mood, telling the audience to scream louder and ordering them to jump and clap hands. But really it is Tommi Iommi who impresses me the most. What a guitarhero he still is. Those riffs could wake up the dead if he tried I’m sure. 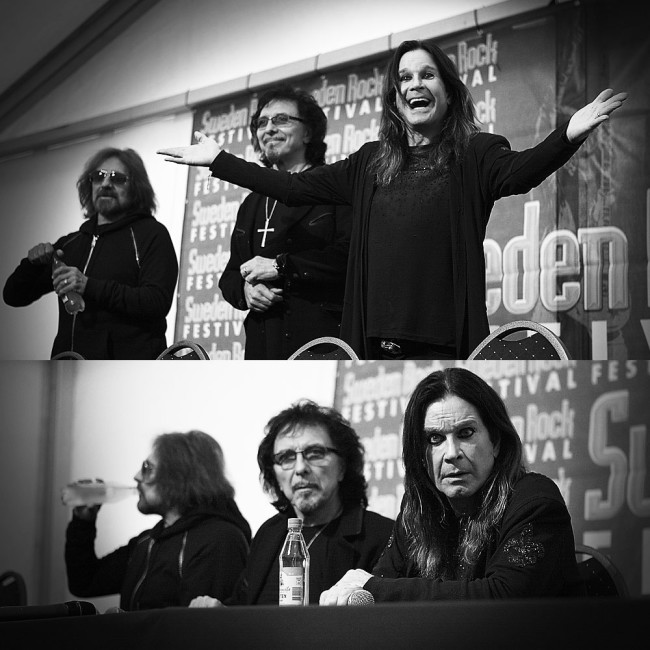 On Saturday we saw Monster Magnet, Billy Idol, Ted Nugent and Volbeat. Monster Magnet came on pretty early in the day. Already at noon. But although the crowd might not have been fully awake yet the band made sure everyone got on their feet as soon as they began to play.

The show was tight, fast and it looked like the band really enjoyed being on stage again at the festival. Meeting them at the press-area later drummer Bob Pantella jokingly said;

- “I was a bit worried I wouldn’t be awake as early as 12 today for our gig.. but no one notices the drummer right? “

He went on to say how much he loves the Sweden Rock Festival and how he enjoys playing at it. And I do not think for a second that anyone thought he was tired or not fully awake during the gig. 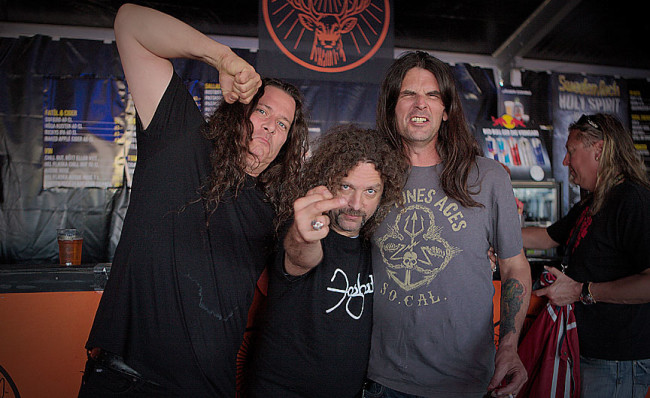 When meeting some festival goers from Italy we took the chance of asking them a bit about their thoughts of the festival.

Erasmos from Venice told us he were there with some friends and that it was his first time here.

- “I think it is a great festival! What really strikes me is the organisation of it all. It is amazing, everything runs so smoothly.

We asked him what was the difference between the Sweden Rock Festival and festivals he would usually attend in Italy and he said;

-”Well, first of all the sound quality during the gigs is so much better here. But overall the standard is just better. They even have got normal toilets here – and there are always toilet rolls! But it is not only this, what I love the most here is the people and the atmosphere. I will definitely be coming back next year. ” 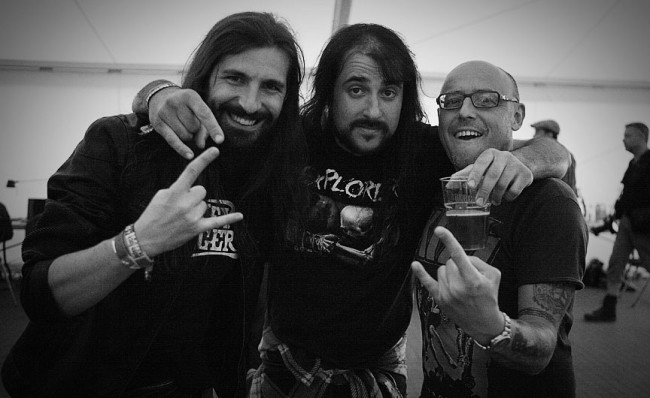 Sweden Rock Festival stands out because of the people who attend it. The atmosphere is super-friendly and you always feel safe walking around in the festival area. This is mostly why I personally want to go back there every year. People always have a great time and there is always such a huge amount of good music to listen to. You can be sure that Salad Days Magazine will be back next year to cover the festival in 2015. 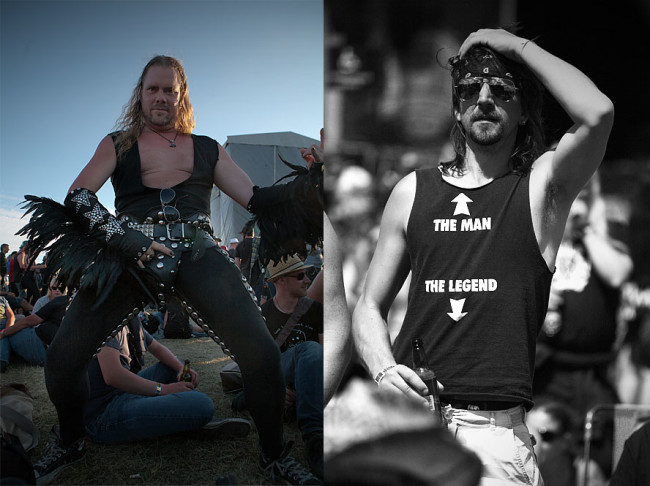 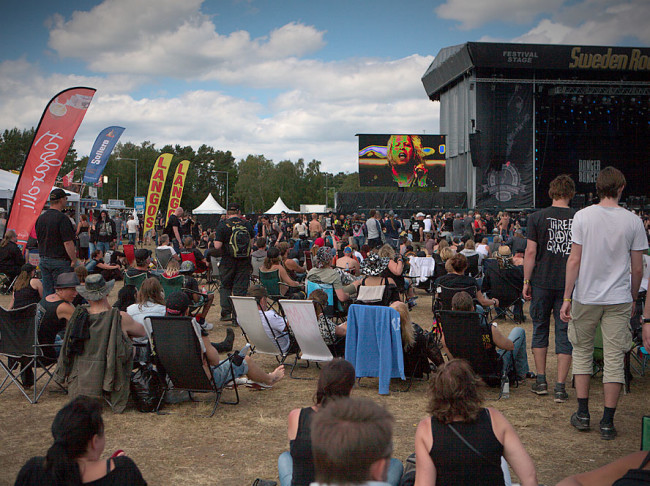 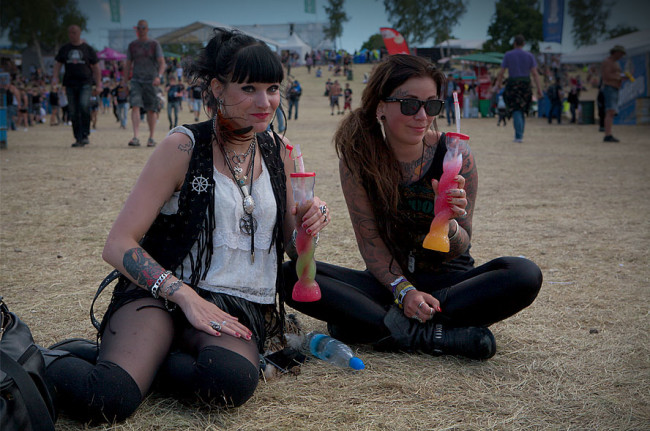 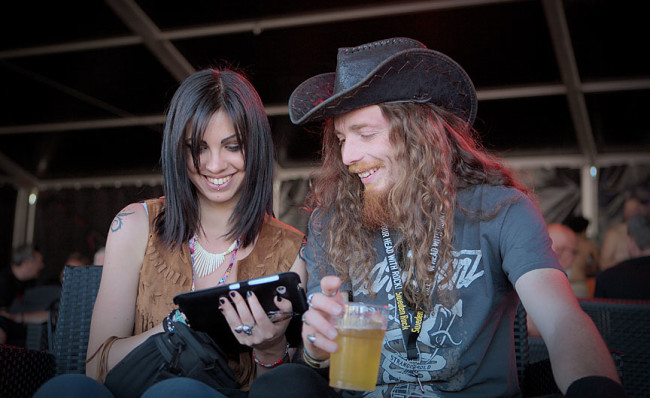 Sheer Terror ‘Standing Up For Falling Down’ 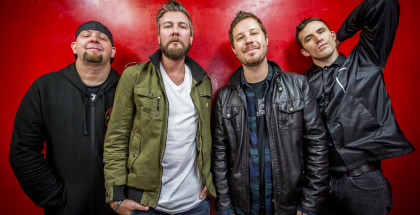 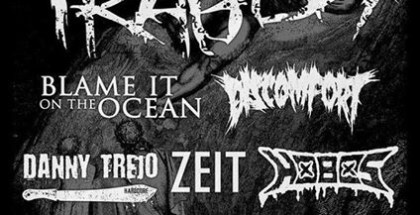