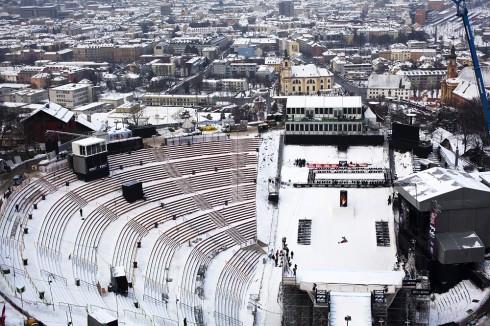 The Air & Style, Innsbruck 2012 has officially started, as the riders’ list is drawn for tomorrow’s action (Saturday the 4th of February). Ulrik will meet one of Finland’s finest, Eero Ettala. Staale and Werni’s opponents will be decided at the Bergseil stadium tomorrow when they are pitted against two of the qualifiers, one of which could be burn Rider Marco Grigis. With the 8m rail set and can obstacle finally finished, today was the first serious training day that the Air & Style riders could get a feel for the big air and burn jib area. From first glances, the Air & Style 2012 is not to be forgone. If you are not able to witness the action from the Bergsiel Stadium, then tune in on the live stream at http://www.facebook.com/BurnEnergy?sk=app_351726238189003 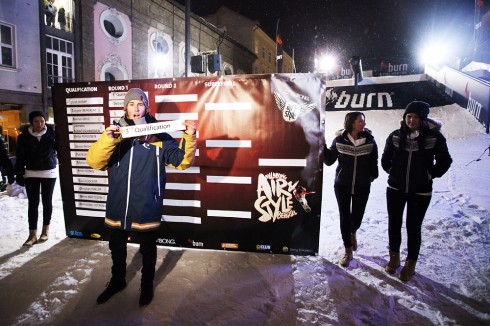 “burn energy drink provides the fuel and the energy to those who want to leave their creative mark on the world. Commencing winter 2009, the burn snow project aims to build the foundations for fresh creativity and new concepts within the snowboard community” 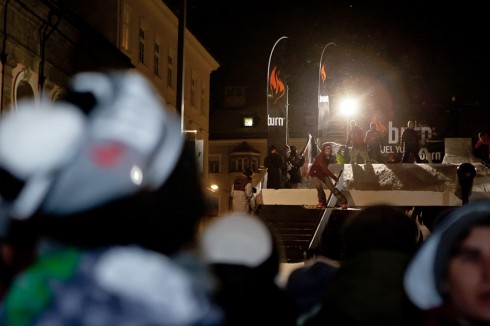 Swedish snowboarder, Noa Gadelius was crowned winner of the Burn Fire and Steel contest last night in Innsbruck’s city centre at the official opening of the Air & Style 2012. Last night, European rippers, who had won wildcard entries by sending in winning video clips of their rail sessions , had the opportunity to compete against local stars and burn pros.

The burn ‘Stairset,’ featuring two 8m rails and a giant ‘shooter’ obstacle were shredded in a Cash for Tricks jam and a place in the head to head quarter final. In the four man super final it all came down to an exciting tie breaker. Finally Noa’s frontside lipslide 270 out on the burn shooter was just enough to pip wildcard contestant Iceland’s Gulli Gudmundsson to the overall title. 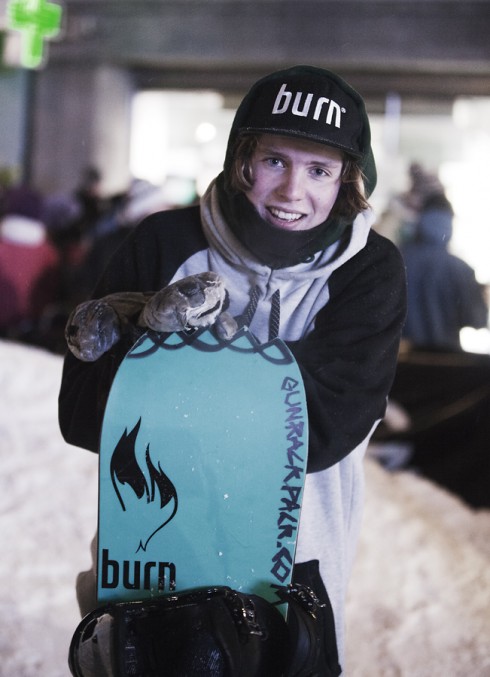 While the crowd watched from abnormally cold weather conditions of around -12, thousands of viewers tuned in from the comfort of their own home on the Air & Style LIVE stream. If you missed the action, check out the video from last nights event

Just before a burn Unit Signing Session, the Air & Style riders list for tonight’s action was also drawn. Ulrik will meet one of Finland’s finest, Eero Ettala whereas both Staale and Werni’s opponents will be decided upon tonight as they have been pitted two of the qualifiers, one of which could be burn Rider Marco Grigis. 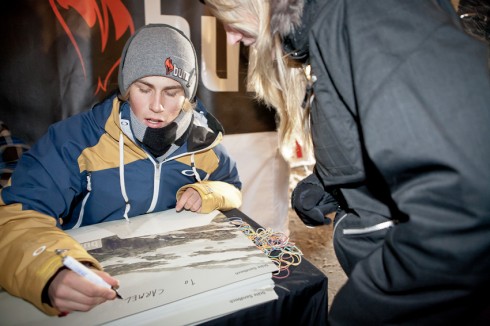 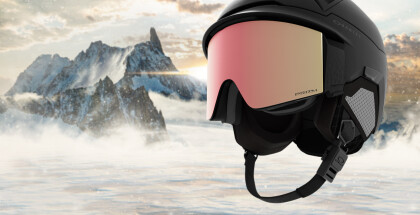 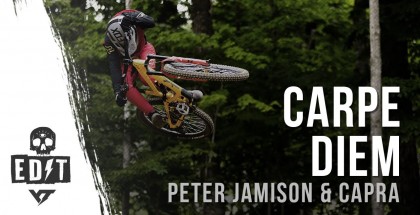 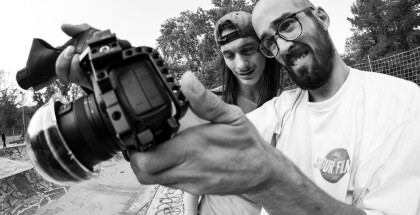