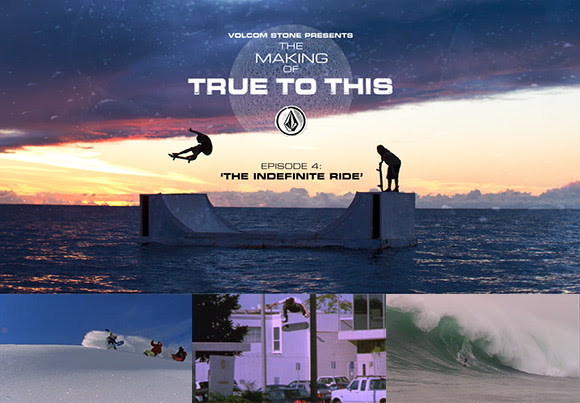 2014 – Costa Mesa, CA: Episode 4 is Live!!! In the fourth episode of ‘The Making of True To This’, entitled ‘The Indefinite Ride’, Volcom dives deep into the unexplainable forces of nature which have created our destiny.

This journey is about the future and our spiritual connection with riding, which will culminate on March 1, 2014 with the kickoff of the global movie premiere tour of ‘True To This’. Episode 4 is a candid look at this cult following as seen through the 3rd eyes of Volcom team riders: Ryan Sheckler, Mitch Coleborn, Andrew Doheny, Grant Taylor, Colin Provost, Pat Moore and Rune Glifberg. Watch it now then find a ‘True To This’ premiere near you and pre-order the 3 disc Box Set!

When Volcom was founded in 1991, it was the first company to combine surfing, skateboarding and snowboarding under one brand, from its inception. This way of life influenced the anti-establishment style and attitude that defined a generation. The cultural phenomenon was best captured when Volcom released ‘Alive We Ride’ in 1993: a film documenting the raw excitement and spontaneous creativity inherent to the lifestyle. Twenty years later, with the release of ‘True To This’, Volcom again captures the energy and artistry of board-riding in its purest forms. Shot all around the world and showcasing iconic athletes, ‘True To This’ is a tribute to the movement that inspired a generation and the people and places that embody that spirit today… (watch the trailer and pre-order now!) World Premiere at Volcom HQ in Costa Mesa, March 1st, 2014! (find a premiere near you!) 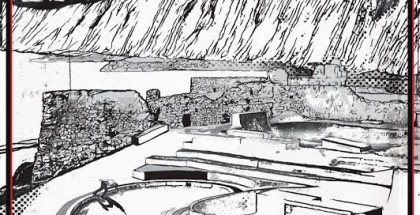 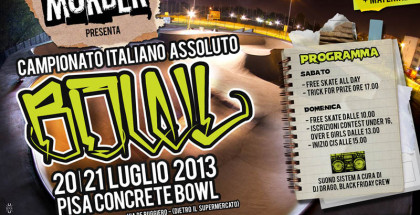 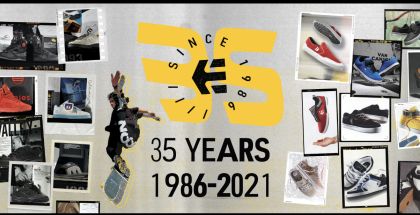