As part of the BCN BMX PRO The Nike 6.0 Standby Barcelona competition saw 5 countries go head to head to film and produce the best street film in Barcelona. Countries included France, Germany, UK, USA and Spain; each team consisted of one lead director, one filmer and four riders. All of the countries had just one week to film and edit their piece in a bid to bag the overall prize of €10,000 – All teams voted on each other to give the final results. Whether it was the Burgers, Chorizo, Roast Beef or Frankfurters that tickled your fancy over the course the week in the end it was the trusty French Frog that came in as the dish of the day… Zut Alors! The top spot in the Nike 6.0 Standby Barcelona is – TEAM FRANCE. To see the video go here

Nike 6.0 would like to congratulate the French crew Directed by Hardrien Picard for producing such a high quality film and edit in just one week, incredible; this final film of the series from the French team is a well deserved win… sit back and watch the best edit as voted by all the riders and filmers who took part in Standby Barcelona 2010.

Hadrien
“Could this week be better than it was? Honestly I think no. The crew was perfect, it was like being with friends all the week. The weather and the place was also ideal for a project like that. Having the others teams on the same buildings was super fun too, I wanted just to do my best without thinking about the competition as I thought that we wouldn’t win. I guess it worked good! Thanks a lot for inviting me!”

These guys are certainly not your typical quintessential type…the raw, uncompromised determination of the UK team is laid bare in the penultimate Standby offering. Guest Irishman Jason Phelan sets the scene from the get go putting a line in the sand for this 5 minute UK banger. To see UK’s edit go here

Matty Lambert
“Barcelona has played such a massive roll in the BMX street scene and to be invited back with 4 of the best street riders, representing your country, is something of an honor. It was an intense week filled with a hell of a lot of riding, crashes and good times! Standby, hands down, was the best project I’ve ever had the opportunity to be a part of.”

This was the first video dropped at the premiere and the only reason those few in the audience weren’t screaming was because they were sitting slacked jawed or were the other directors who had their heads in their hands. To see USA’s edit go to

With an all star line up on both sides of the camera the US crew hit banger after banger and produced an edit that you’ll need to watch a bunch of times just to take it all in. This section is a total onslaught on Barcelona architecture with no regard for new or hallowed turf – it was all there for the taking.

To see Spain’s edit go to

Carlos Maqueda
“The trip is over and I 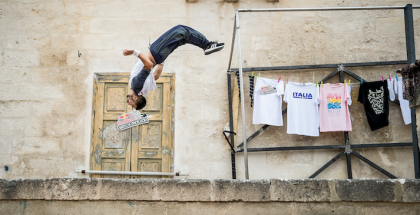 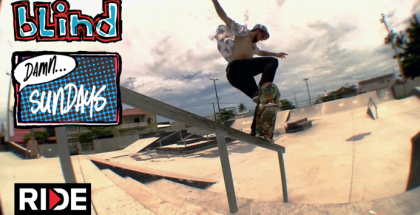 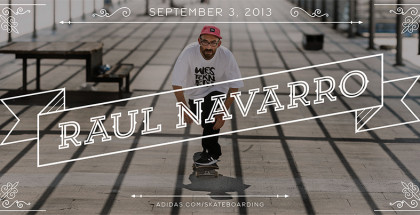