August 16, 2012, Fountain Valley, CA—The second annual Three Amigos Tour video—featuring the 2012 Amigos: Neen Williams, Keelan Dadd, and Boo Johnson — was released today at www.suprafootwear.com. The mucho grande tour, which also included Kevin Romar, Spencer Hamilton, Pat Rumney, and Nick Tucker, blazed trails through the dirty south and took the team from Texas to Florida. The tour was created to promote the release of the three Amigo colorways designed by Neen, Keelan, and Boo. The low top Amigo is a favorite among the team because, as Neen said, “It’s a thinner shoe. It’s really good. I like the board feel and control. Definitely good for flip tricks and I’ve been loving ‘em for ledge sessions.” Here’s what the Amigos had to say about each of their colorways:

“The maroon color just goes so good with the gum sole, but the Amigo all around is just one of the better SUPRA shoes to skate in.” — Boo Johnson

“Being from Los Angeles, I always thought if I ever got a shoe I’d make one that was purple. And since it’s a good DGK color too, I thought it would work perfect.” — Keelan Dadd

“Green for the money, gold for the honeys!” — Neen Williams 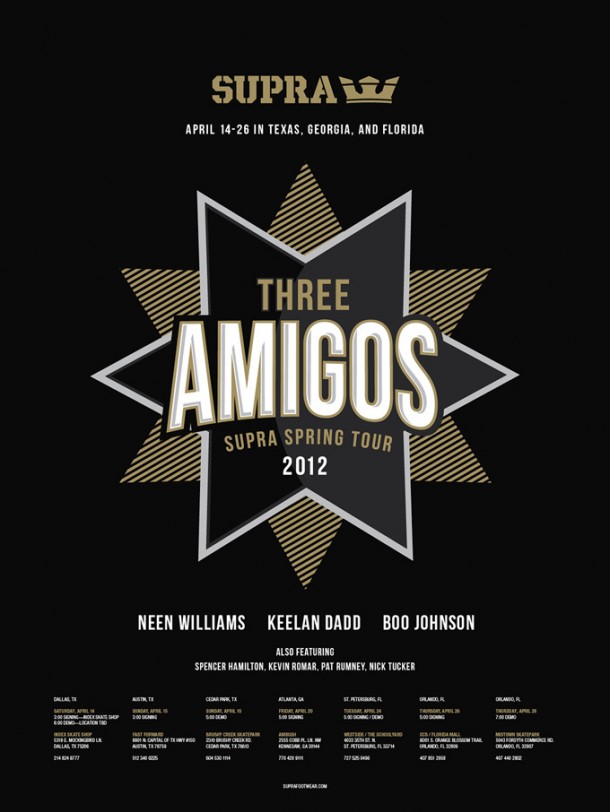 The Three Amigos 2012 Tour article will be featured in an upcoming issue of Skateboarder Magazine, while the video is available now at www.suprafootwear.com. 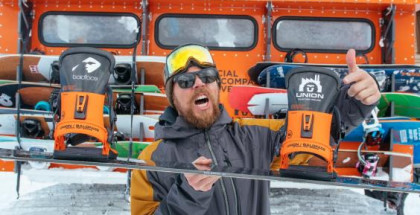 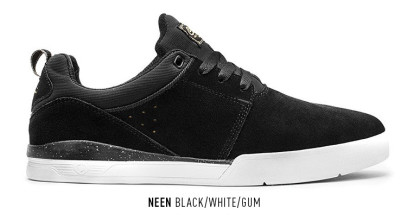