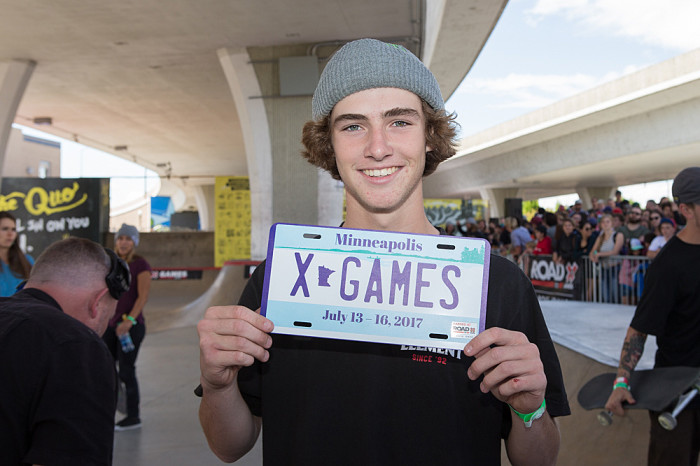 Tom Schaar took first place at the X Games Skate Park Qualifiers at Rhodes Skate Park in Boise, Idaho. In front of a high-energy crowd and thousands of viewers connected via live stream, the 17-year-old from Malibu, California, landed a perfect run – taking the top spot in a field of some of today’s top park skateboarders – for the win and a straight ticket to X Games Minneapolis 2017 July 13 – 16. 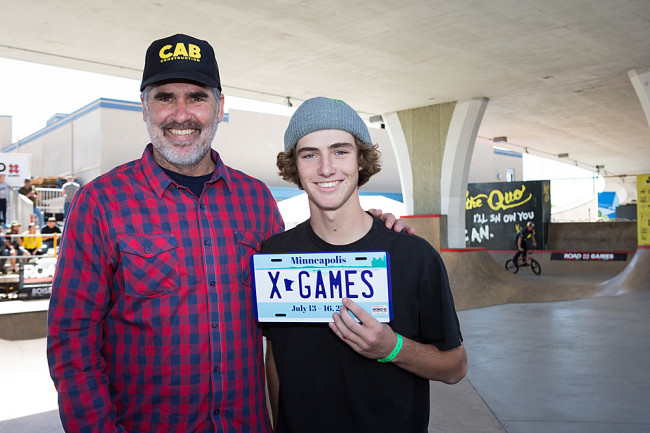 The invite-only event was part of the Road to X Park Qualifier series, providing skateboarders from around the world a chance to earn invites to the upcoming X Games. The weekend’s three park riding events – Skateboard Park Men, Skateboard Park Women, and BMX Park Men – each saw a field of 20 competitors battle it out for six X Games qualifying spots per discipline. 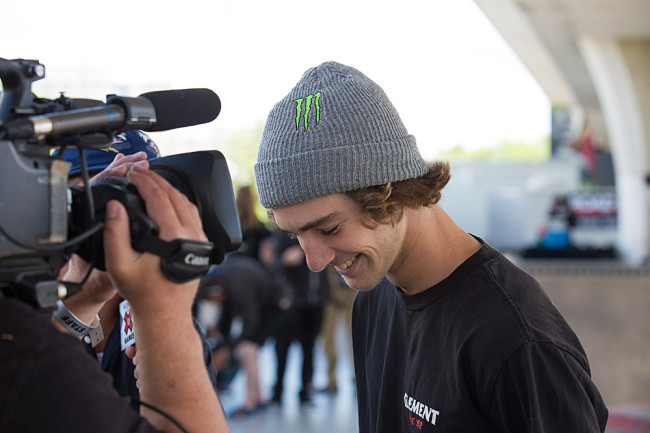 In a positive, session-like atmosphere the level of riding soared on the freshly renovated Rhodes Skate Park bowl course underneath an I-184 Interstate bridge in downtown Boise. Renovated in 2016 for over $1.3 million, the concrete park offers a vast array of transitions, hips, banks, extensions, and a deep pool corner, fully accessible to the public year-round at no charge. 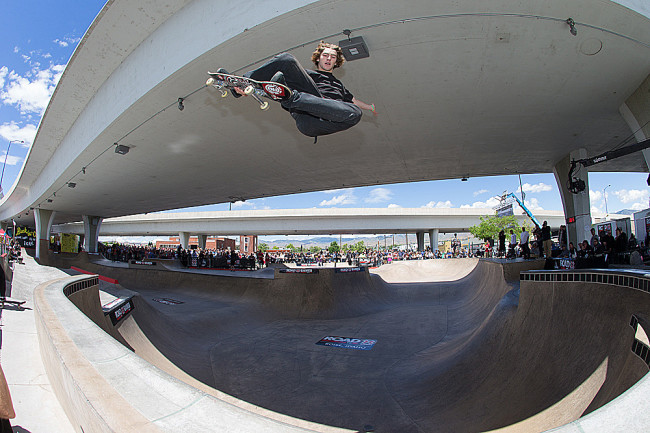 The recipe for victory in Boise today consisted of hitting all of the park’s different angles with speed and a mixture of technical lip tricks, creative transfers from low to high sections, and big airs in all the right places. Schaar checked all the boxes in a flawless finals run featuring frontside disaster on the tall wallride, alley-oop backside 360 ollie over the hip, frontside Smith grind and frontside ollie blunt on the pool wall, ollie transfer up to frontside tailslide on the extension, backside 540 and huge tweaked stalefish in the deep end, backside bigspin disaster on the corner, and alley-oop 360 backside air over the small hip for 88.66 points – and the win. 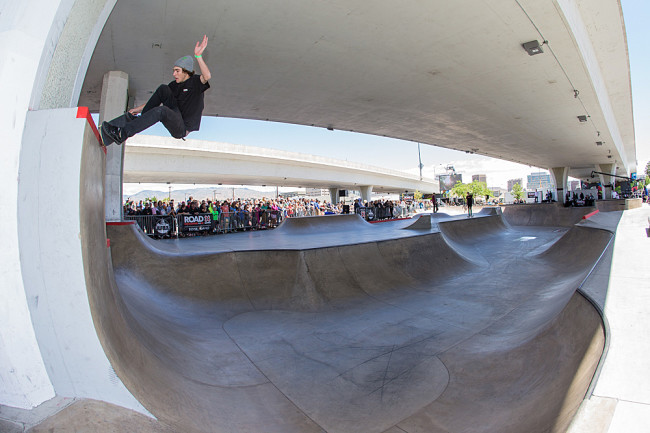 “I’m just happy I made it through and can’t wait to go to Minneapolis. It’s a new spot for X Games and will be fun. I’ll try and skate my best and see what happens,” said Schaar upon winning first place in Boise. 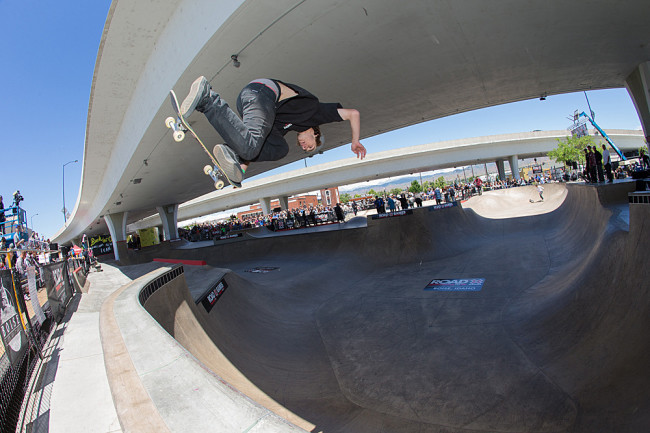 Schaar’s first-place finish at the Road to X Qualifier sends him to the Skateboard Park event at what is already the ninth X Games in his young career. When he was only 12 years old, Schaar made history in 2012 as the first skateboarder to ever land a 1080 aerial. His X Games track record includes five medals (1 Gold, 1 Silver, and 3 Bronze), including 1st place in the 2014 X Games Big Air event in Austin, Texas, making him the youngest X Games Big Air gold medalist in history. 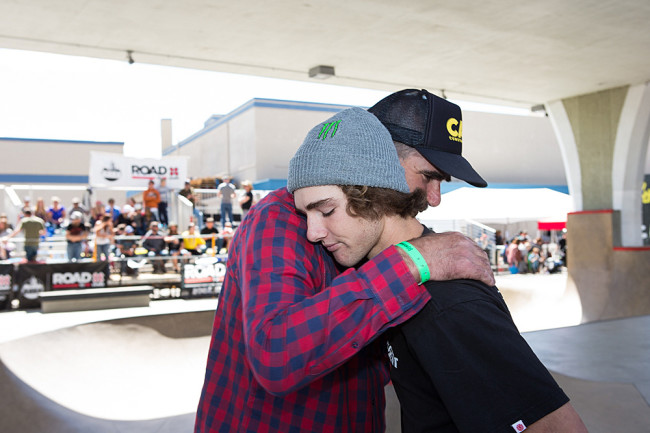 The 2017 competitive season is proving Schaar’s strongest to date: He kicked off an epic year with a win at the Vans Park Series Pro Tour Global Qualifiers at Manly Beach, Australia, in March, followed by a first place finish at the legendary Vans Pool Party competition in Orange, California, in May, and a recent second place at the Vans Park Series pro event in Malmo, Sweden. As the season continues, Schaar will be competing at upcoming international skateboard park competitions, including the Vans Park Series events in Vancouver, Canada, from July 7-8, and Huntington Beach on July 30, 2017, and X Games Minneapolis, Minnesota from July 13-16 where he will also enter Skateboard Big Air.

DC “Rumble In The Park 2017” powered By Dickies 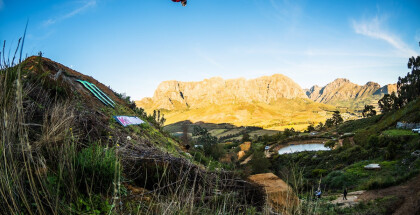 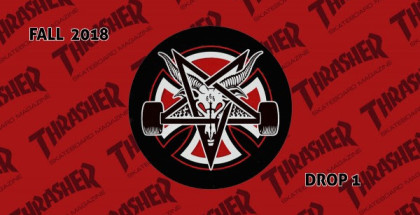 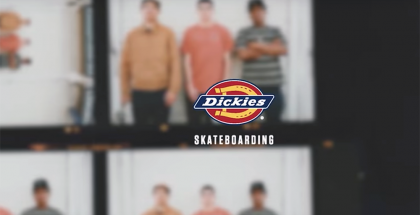