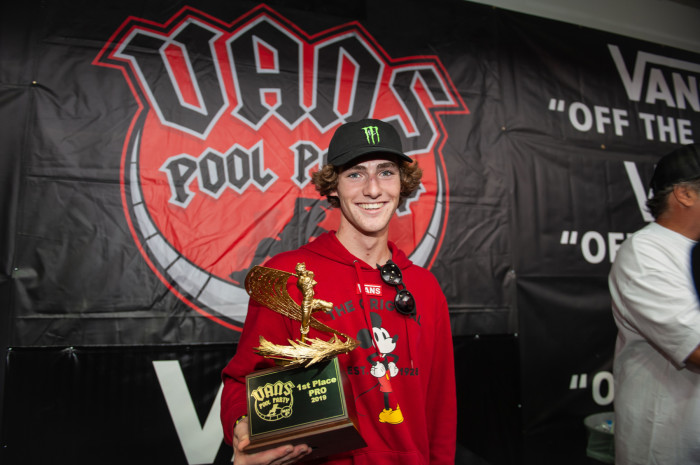 Three in a row! Tom Schaar took the first place in the Pro Division at the 15th annual Vans Pool Party contest on Saturday. In front of a high-energy crowd at legendary Vans Skatepark in Orange, the 19-year-old from Cardiff, California, made history by winning the storied event for the third consecutive year in a row and the fourth time in his young career. Facing a stacked field of the sport’s best riders, the newly minted United States Olympics team member claimed the trophy and $28,000 in prize money for first place. 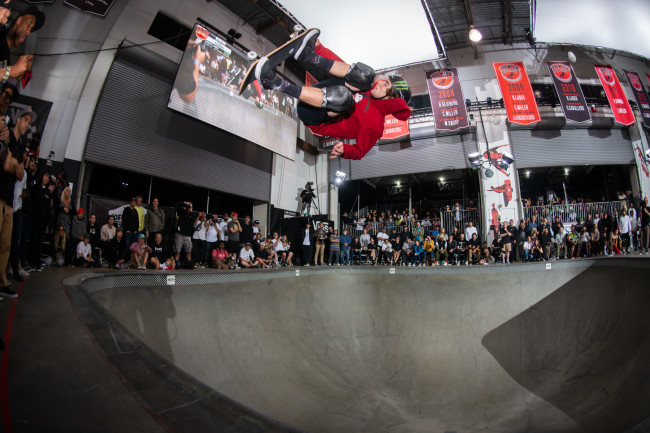 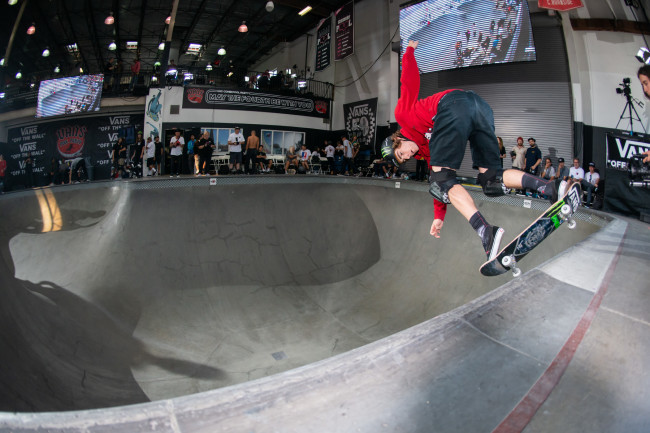 Every year, the Vans Pool Party provides a multi-generational showcase of vertical bowl riding in the legendary Combi Pool. The twelve-feet deep concrete structure consists of a square pool connected to a round pool by a small shallow section, which allows for creative lines and transfers. It is an exact replica of the original pool at historic Upland Pipeline Skatepark that set the stage for vertical skateboarding’s evolution in the 1980s. Icons such as Lance Mountain, Steve Caballero, and Steve Alba laid the foundation for modern-day vertical skateboarding at Upland and brought history full-circle by competing in the Legends Division at the 15th anniversary Vans Pool Party. 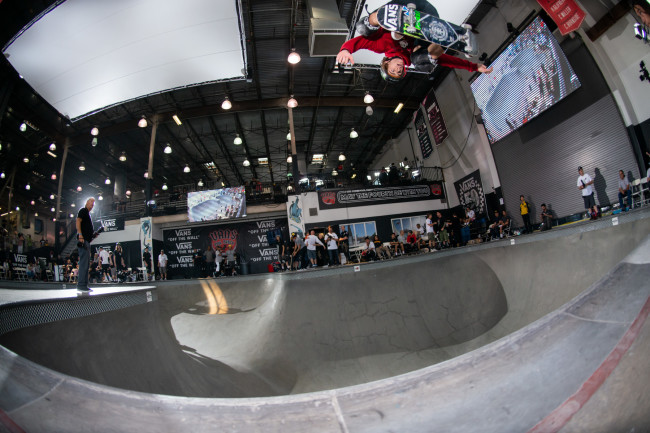 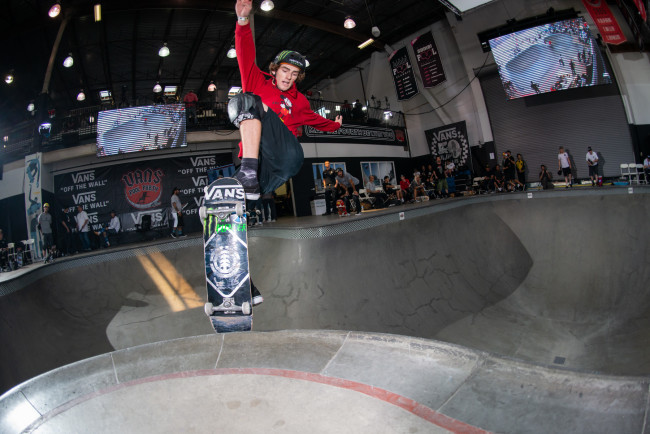 When the action moved into the Men’s Pro Division finals, Schaar faced eight finalists who had battled their way through a field of more than 40 competitors from across the globe. Straight out the gate, the competition boiled to epic Vans Pool Party levels as vertical skateboarding icon Bucky Lasek set the bar high at 94.00 points on his very first run. 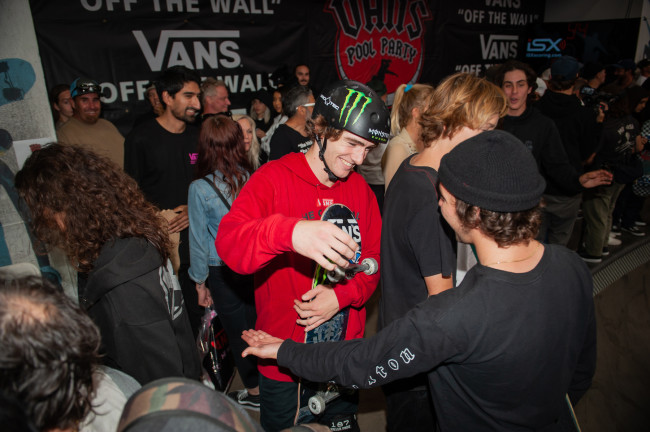 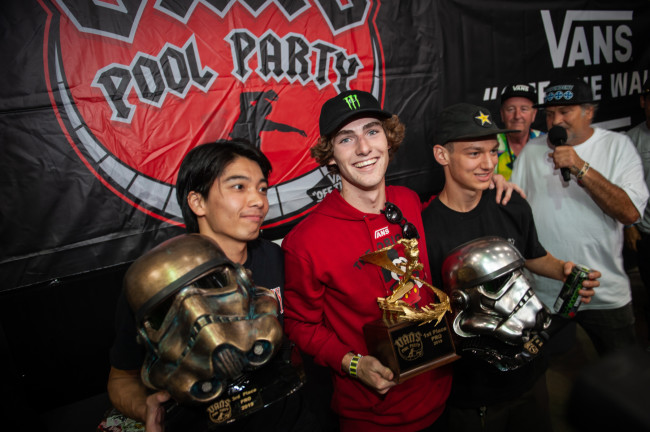 No stranger to intense competition, Schaar hit every wall in the Combi with massive aerials and technical lip tricks on his first run of the day: A long frontside tailslide through the round corner, floating backside ollie, massive backside tailgrab 540, huge kickflip indy in the deep end, frontside blunt over the hip section, frontside feeble grind through the square corner, highly technical kickflip backside lipslide in the deep end, and a high-flying backside melon 540 put Schaar on top of the leaderboard with a 95.00-point score. Holding on to his lead until the end, he threw in a no-handed switch kickflip in the deep end on his second run to stoke the crowd at Vans Skatepark. “This is still the best contest ever and always will be! The best part is that it’s my home turf, I live 45 minutes away and can skate the Combi whenever I want. Thanks to everyone who came and watched the contest today,” said Schaar upon winning the 2019 Vans Pool Party. 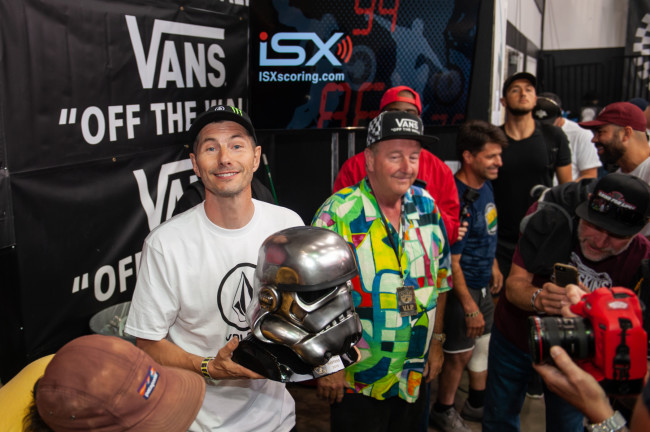 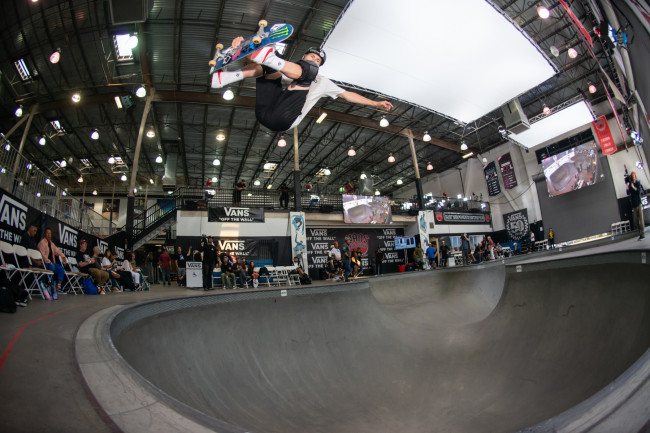 In the Masters Division contest, Schaar’s Monster Energy teammate and Danish vert skating icon Rune Glifberg claimed a strong second place finish on the strength of his signature technical talent and effortless style. Competing against a field of the sport’s technical innovators, Glifberg worked the Combi Pool with high-flying frontside nosebone, tailgrab and stalefish airs, backside tailslide through the corner, backside smith grind transfer over the hip, frontside Smith grind in the deep end, backside ollie tail smack and kickflip frontside airs to take second place. Now 44 years old, Glifberg originally came to the United States as a pro for Flip Skateboards and made a name for himself by pushing the boundaries of technical vert skateboarding. 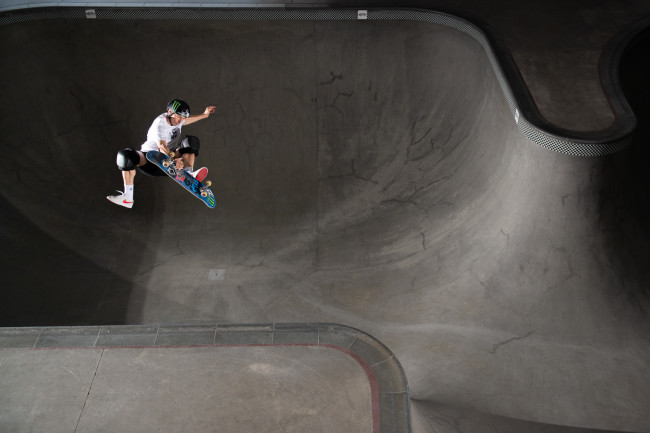 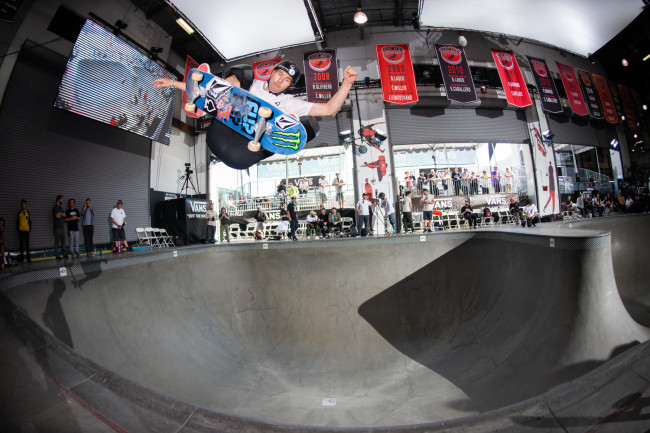 Today’s win starts Schaar’s 2019 season on a high note. In March, the skateboarding prodigy was named a team member of the official U.S. Olympic Skateboarding team and will be competing in qualifier events this year for a chance to represent the United States in the premiere of skateboarding at the 2020 Tokyo Olympic Games. Previous career milestones include landing the world’s first 1080 aerial on a skateboard at the age of 12 in 2012 and becoming the first X Games athlete to medal in both Big Air and Skate Park events at X Games Minneapolis in 2017. 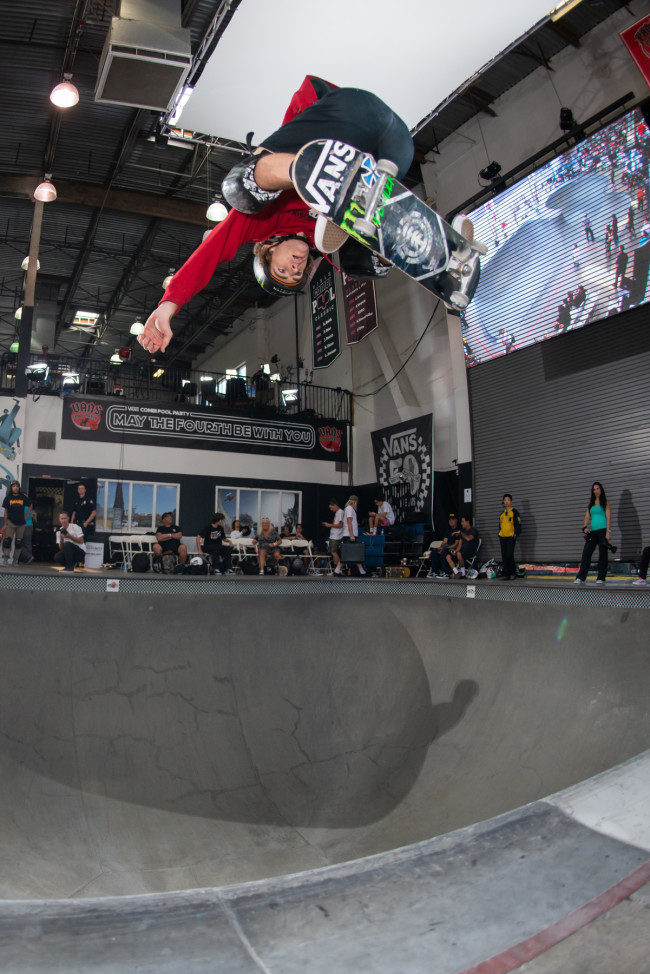 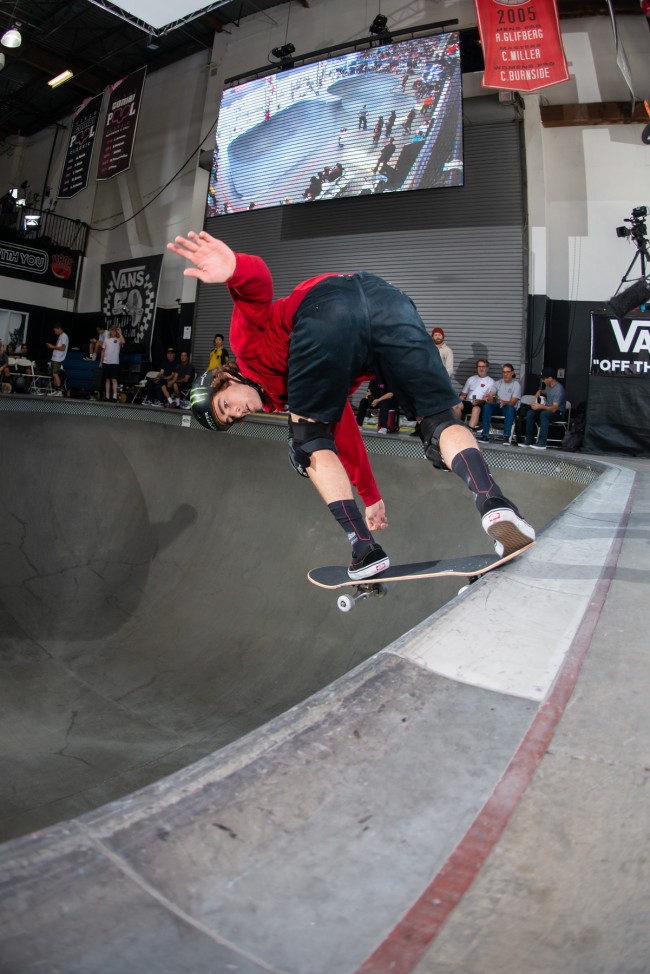 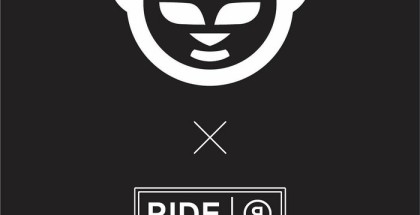 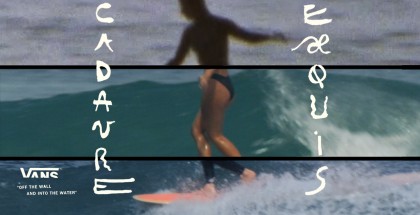 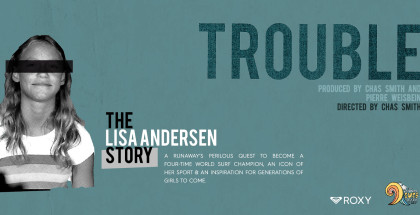