Tooth and Nail Records is proud to announce the signing of Detroit, MI pop-rock six-piece ROCKY LOVES EMILY. Hot Topic will handle exclusive physical distribution of the band’s debut EP, ‘American Dream’, which will be released on November 23rd. The EP, produced by Casey Bates (Chiodos, Foxy Shazam, Gatsbys America Dream), will also be available digitally via iTunes. The first single ‘Clueless’ will be available on iTunes on November 2nd. A former Alternative Press ‘Hometown Heroes’ finalist (January 2010) ROCKY LOVES EMILY is slated to begin filming a music video for ‘Clueless’ this month with director Dan Dobi (Paramore, Set Your Goals). About Rocky Loves Emily:
Brandon Ellis- Vocals
Pete Kalinowski- Drums
Sean Kick- Guitar
Andrew Stevens- Guitar
Stephen Hull- Keys
Wood Simmons- BassRocky Loves Emily that dream isn’t a white picket fence and a nine-to-five job. For them, the dream is something unique to each person, something that can only be defined from within. For Rocky Loves Emily, the American dream is traveling around the country in a beat-up van, making friends, and playing music that brings joy to people’s hearts. The pop-rock group, who hail from a suburb of Detroit, MI, has lived their vision every day since the band formed in early 2009. They released their first EP at the stroke of midnight that New Years Eve posting three songs on the Internet “just to see what would happen.” The response was so positive the group booked a show at a local venue in Detroit— a performance that evolved into many more throughout 2009 and 2010. Rocky Loves Emily self-booked their own tours, aiming to hit the same cities every few months to reconnect with the friends and fans they met across the country. “We’ve definitely done this grassroots, with smaller shows,” Brandon says. “We’ve built our fan-base from the ground up. We like doing our own thing. I feel as if it keeps us honest and pure. You know the kids at the shows are there for you. Playing intimate shows has been a blessing because I feel like people come to our shows not just as fans, but as our buddies. We’ve made so many friends, and on top of that, I feel like I even know the name of each individual fan and what’s actually going on in their lives.” Not only has the band played countless self-booked shows around the U.S., but they’ve planned their tours around Hot Topic’s in-store acoustic series. Rocky Loves Emily quickly discovered what a wonderful opportunity these shows are and began booking them almost every day on tour around the time school was letting out for the day. They played nearly 70 acoustic sets in a year and created a buzz for being the Hot Topic band. The company even invited the group to perform at a corporate meeting in Seattle in April 2010. “It was cool because we had a reputation for being constantly at Hot Topics,” Brandon says. “Kids would hang out and we would get to meet their parents, aunts, and even grandparents! The managers would say things like ‘Oh you played my friend’s store the other day!’ It’s a really amazing way to connect with our fans and even though we’re signed now we’d like to keep our relationship with Hot Topic as awesome as ever!” Because of this hard-working attitude and the band’s creative ideas, Rocky Loves Emily was awarded a spot in Alternative Press’s annual Hometown Heroes feature in January of 2010. This brought record labels knocking on their door, but the band’s actual signing with Tooth & Nail happened after coincidentally meeting the label at a Copeland show in Seattle in March 2010. “We heard someone outside the venue yelling ‘Rocky Loves Emily, where are you?’” Brandon says. “Confused, we turned around and it happened to be an A&R guy from Tooth & Nail who’d heard we were at the show. We’d already been talking with the label a bit earlier that year so it was wild to get to actually meet them in person.” A few months later, the label called and asked the band to drive from Detroit to Seattle, with only a day’s notice, to showcase for Tooth & Nail. “We dropped everything we had and got in the van,” Brandon says. “It was the scariest fifty-three hours of our lives. We didn’t know if the van would make the drive. Our van was acting up in Montana and we were so nervous. Trust me, those mountains were intense. We ended up arriving about six hours before we had to play, so thankfully, it all worked out. The band signed with the label shortly after and went into the studio in August with producer Casey Bates (Chiodos, Pierce the Veil, Foxy Shazam) to record their new EP, ‘American Dream’, which comes out exclusively in Hot Topics stores and online November 23. The three weeks spent in the studio in Seattle were transformative for the band, refining their hooky songs into even more compelling pop numbers. The resulting five songs are accessible, lively and fun, inspired by good-time rock’n'roll and even a little bit of country. All this fueled the group’s mission to convey their new definition of what the American dream can mean. “Our record portrays that just because you live in America doesn’t necessarily mean that ‘the’ American dream has to be your American dream.” Brandon says. “We all know that everyone has a specific dream in their heart. For instance, our dream is tour nonstop and meet as many people as possible all while trying to be sincere in what our fans are doing. The cool thing is, that’s just our dream. Your dream is something awesome and unique.”
For more information:
www.myspace.com/rocklylovesemily
www.toothandnail.com 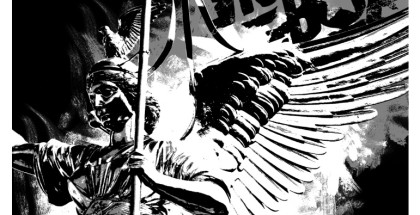 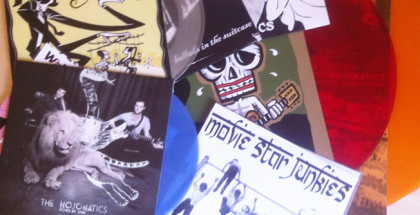