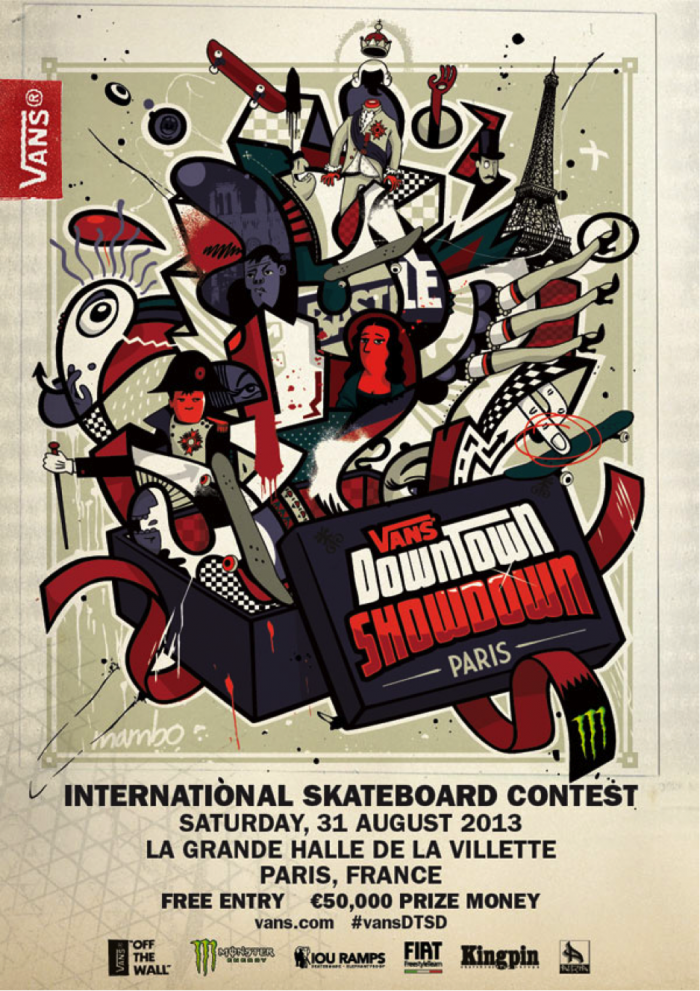 Now in its 5th year, the event brings together the best of skateboarding, art, music and street culture, making Vans Downtown Showdown one of the most eagerly anticipated events on the skateboarding calendar.

Pitching the crème of the world’s skateboarding teams against each other in not only a battle of skill, but also one of creativity, the Vans Downtown Showdown goes a little “off the wall” as it invites these very teams to design the obstacles themselves. The result is a competition like no other, as the teams go head to head to thrash it out over an unconventional course, ensuring the riding is as creative as the minds of the designers, who are currently busy dreaming up their own obstacles, from peculiar Parisian cliches, to reimagined relics of this chicest of cities. Bringing his artistic flair to the Vans Downtown Showdown, former Paris resident and graphic artist Mambo, creator of the 2013 Vans Downtown Showdown posters, will be painting one of his signature pieces on a grand scale, live at the Grande Halle. Elsewhere, creative workshops will entertain and inspire, whilst an “off the wall” take on Paris’ traditional markets will keep you away from the Champs Elysees…with the Vans Downtown Showdown having previously created a scene in cities such as Amsterdam, London and Hamburg, the 2013 edition promises to bring a new level of skateboarding, creativity and camaraderie, as well as a healthy dose of satire to the streets of Paris. Keep an eye on www.downtownshowdown.eu and on the event facebook page for team updates, music and art announcements, and perhaps even a sneak peek at what you can expect from the Vans Downtown Showdown 2013. 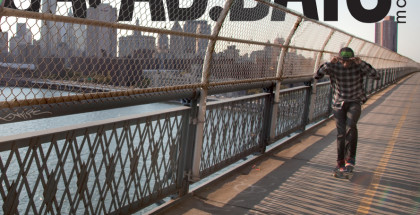 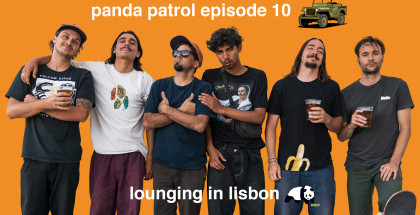