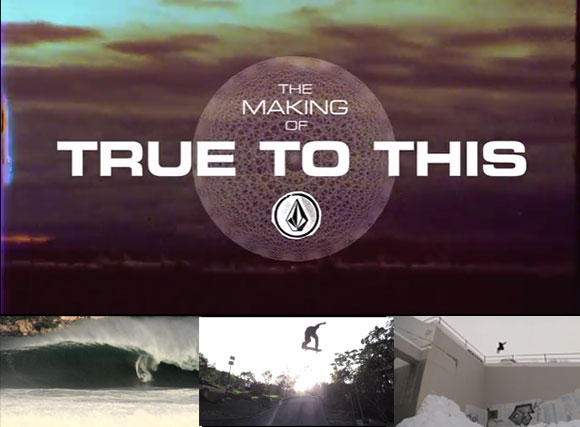 November, 2013 – Anglet, France: The evolution of a revolution… Volcom Stone presents the premiere episode of ‘The Making of True to This’ web series. This first episode, entitled ’20 Year Itch’, features interviews with Brian Iguchi, Geoff Rowley and Richard Woolcott along with behind-the-scenes footage and bonus clips from the upcoming ‘True to This’ Feature Film. (watch the first episode!) 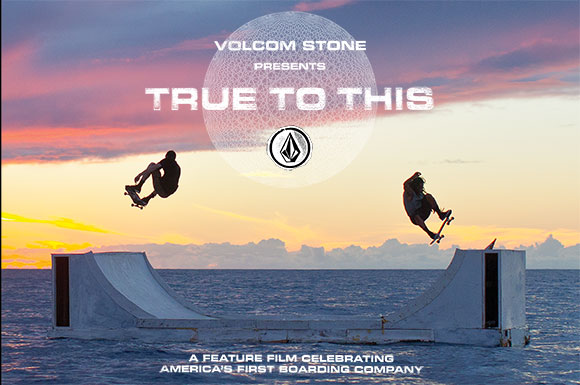 When Volcom was founded in 1991, it was the first company to combine surfing, skateboarding and snowboarding under one brand, from its inception. This way of life influenced the anti-establishment style and attitude that defined a generation. The cultural phenomenon was best captured when Volcom released ‘Alive We Ride’ in 1993: a film documenting the raw excitement and spontaneous creativity inherent to the lifestyle. Twenty years later, with the release of ‘True to This’, Volcom again captures the energy and artistry of board-riding in its purest forms. Shot all around the world and showcasing iconic athletes, ‘True to This’ is a tribute to the movement that inspired a generation and the people and places that embody that spirit today… Coming March 2014! (watch the trailer!) 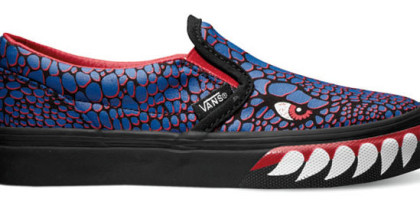 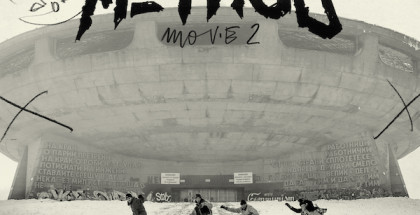