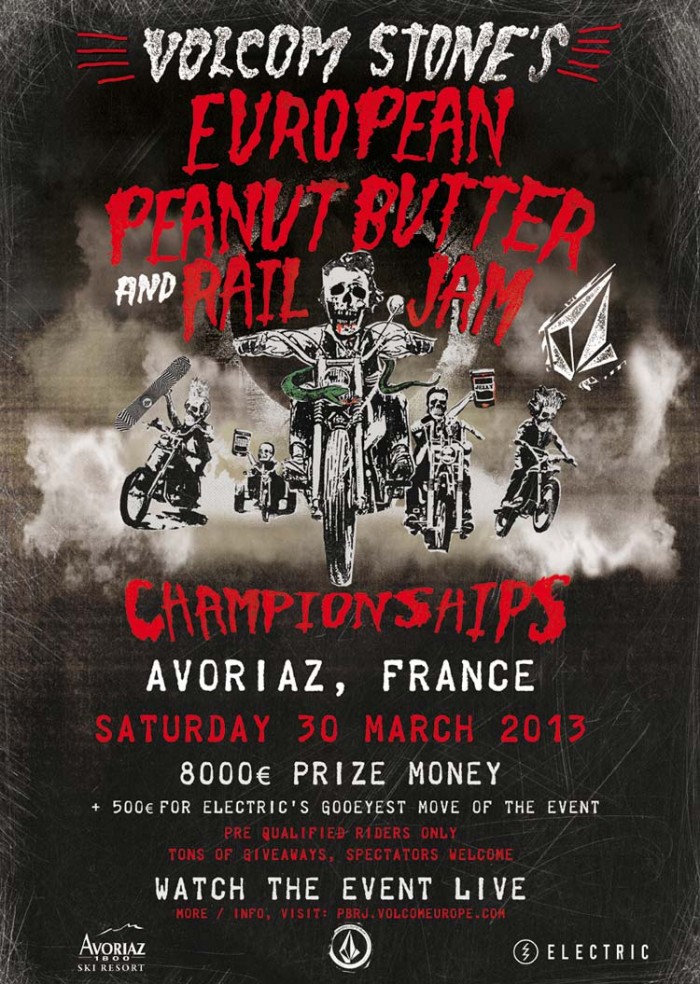 Get ready for the 2013 European Peanut Butter and Rail Jam Championships on the Saturday 30th March, in Avoriaz, France!

The qualified riders from all around Europe in the four gang categories (15 and under, 16 and over, Girls, and Open) will brawl for the 8000€ prize money plus the 500€ Electric “Gooeyest move” prize. On top of the mad rides and good times, there will be as always giveaways for all and some extra prizes from Volcom, Electric and Nitro! This year the event will be broadcasted live on www.volcomeurope.com
You must qualify at any of the European PBRJ contest stops or at the wild card video contest in Avoriaz to compete in this event, but supporters and spectators are welcome! For complete PBRJ tour info, video, photos, results and wild card video contest:
www.pbrj.volcomeurope.com

Use the GO-SHRED platform to save gas money. Log onto www.go-shred.com to share or find a ride to the Euro PBRJ Championships.

The Peanut Butter and Rail Jam is Volcom’s amateur snowboard contest series.
The goal of the series is to give something back to the kids. (Beware of copies out there, this is the original!) Deviating from the established way of running snowboard contests, we came up with a fresh format. Instead of having three rails in a row, we put them side-by-side to create a rail zone. This boosts the energy level and fun nature of the contest because everyone is together, riding, hiking, and watching in a big group. There are 4 divisions: Girls, 15 & under, 16 & over and Open. Winners from every division go home with loads of prizes while the Open division winners receive prizes as well as cold hard cash. The contest runs in a jam format so there are no scheduled runs. You can hit each of the rails as many times as you want during your 20-minute heat. Judges only score tricks you land, so you don’t need to worry about falling. The event is absolutely free to enter, on a first come first served basis, and boasts tons of free prizes, free drinks, free food and Peanut Butter & Jam sandwiches! Also, Everyone who enters walks away with some prizes!! See you on the hill! 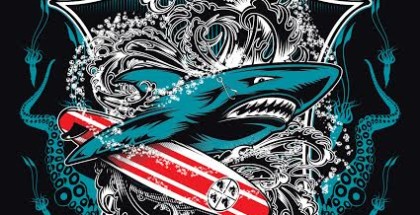 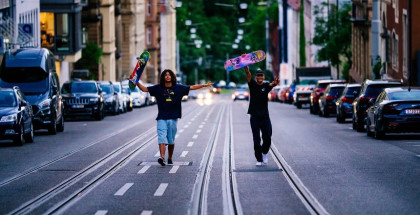 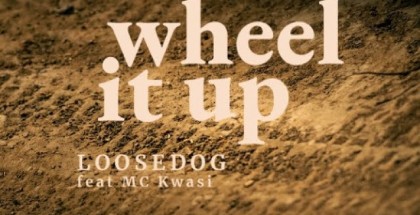 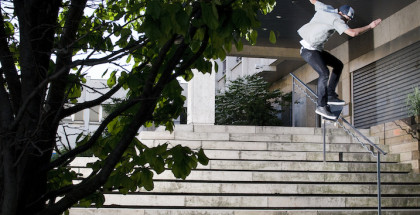