Between the 9th-11th of August the yearly music festival Way out West took place in the Swedish city of Gothenburg. It was held in the beautiful and green city-centre park called ”Slottskogen” and Salad Days were there to experience it all. Headlining bands this year were Blur, Krafwerk, the Black Keys, Refused, Florence & the Machine, Wilco and Feist to mention a few. 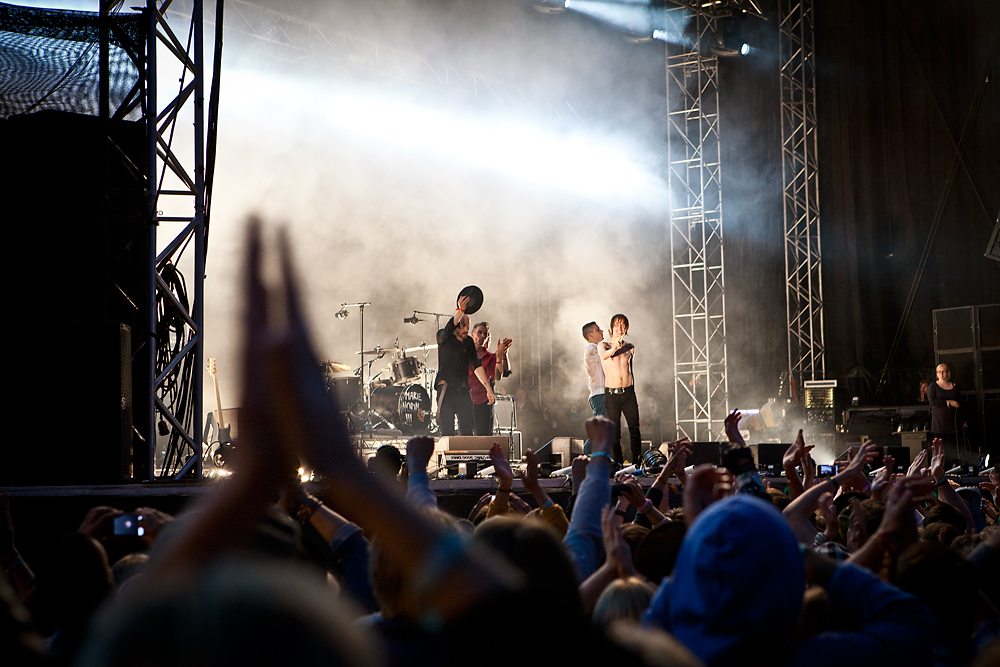 Since the festival started in 2007 it has been a two-day festival. This year however, the organizers added an additional day which led to a new record in ticket sales: 27 000 visitors a day!

Not only could you enjoy a huge amount of different music during the festival but there was also a big film-program with many films to choose from which were shown at different locations around the festival area.

The fact that the festival went totally vegetarian this year caused a lot of discussions. Someone made the joke on twitter that ”the police has arrested several youths and brought them in for testing. All tests came back positive with traces of bratwurst.”

However, this meant that meat was off the menu inside the entire festival area. The staff, the artists and the visitors all had to stick to vegetarian food throughout the weekend.

The main reason for this was environmental issues. A press statement made by the organizers prior to the festival read;

“According to the research we’ve done, food is the single biggest factor for our environmental impact and meat is the worst. All too many people believe that the meat industry is only about the animals’ living conditions and human health, but fact is that it’s just as much about wasting resources and environmental degradation.

We don’t force people to completely stop eating meat, but if we can make a difference for environmental change if only for a couple of days, we will do it. We want to erase the myths that vegetarian food isn’t tasty and don’t fill you up; we want to question the norm that meat is what’s normal and vegetarian is abnormal,”

This must be pretty unique. We do not know about any other festival as big as Way out West who has been this bold about the festival-food.

We were all waiting and longing for their return but no one thought it really would happen. Last time Refused toured together was in 1998. Their last album, ”The Shape of Punk to Come” came out the same year and was very highly acclaimed by both fans and critics.

The much anticipated gig at this year’s festival in Gothenburg blew our minds and when they did ’New Routine’ it made our hardcore hearts run crazy. Refused is back and hopefully to stay for a long time! 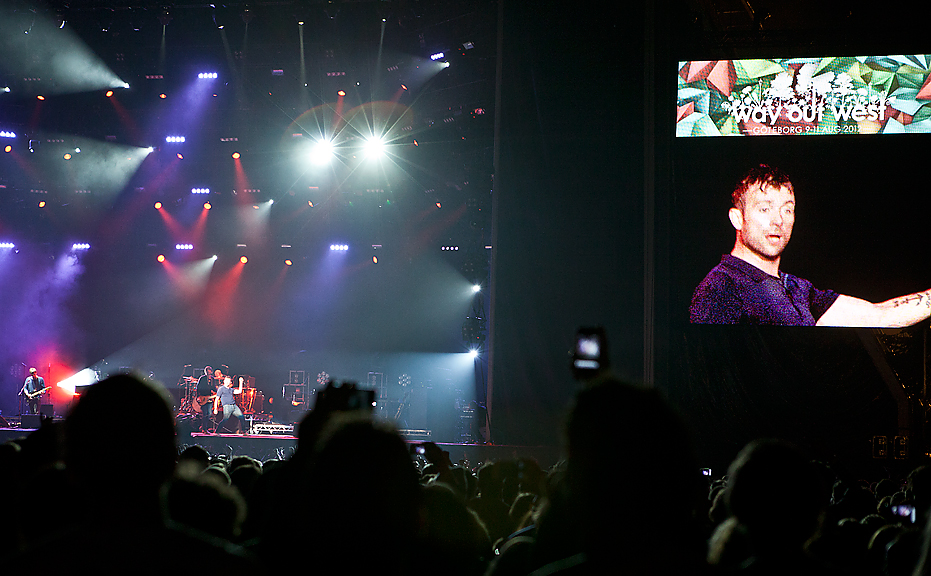 Maybe it was like one big last rehearsal for Blur. After the Friday gig at Way out West they were to head home for London as, on the Sunday night, it was time for one of their biggest gigs ever. Blur were to play the sold-out Olympic Games Closing Ceremony Celebration Concert in Hyde Park. This, supposedly, would be their last show ever.

Whether or not the gig at Way out West was one of their last shows ever only time will tell. What we could tell, however, was that Damon Albarn was on top-form and so was the rest of the band. Damon was jumping around and throwing water on the audience like he was 21 again. And everyone loved it. He took the opportunity to thank the audience by saying that Sweden was one of the first countries outside England who really appreciated their music.

And during the last song of the set, the Universal, some tears were shed by the 30-somethings who were there when it all began.

If you’ve never seen Florence Welch live you might think that her voice wouldn’t be as strong and as clear as it is on record. But this is far from the truth. Her voice is deep and clear and cuts through the sunny afternoon and creates a divide between us and the rest of the world.

Her backdrop reminds us of an old church and the feeling throughout the gig really is close to religious. 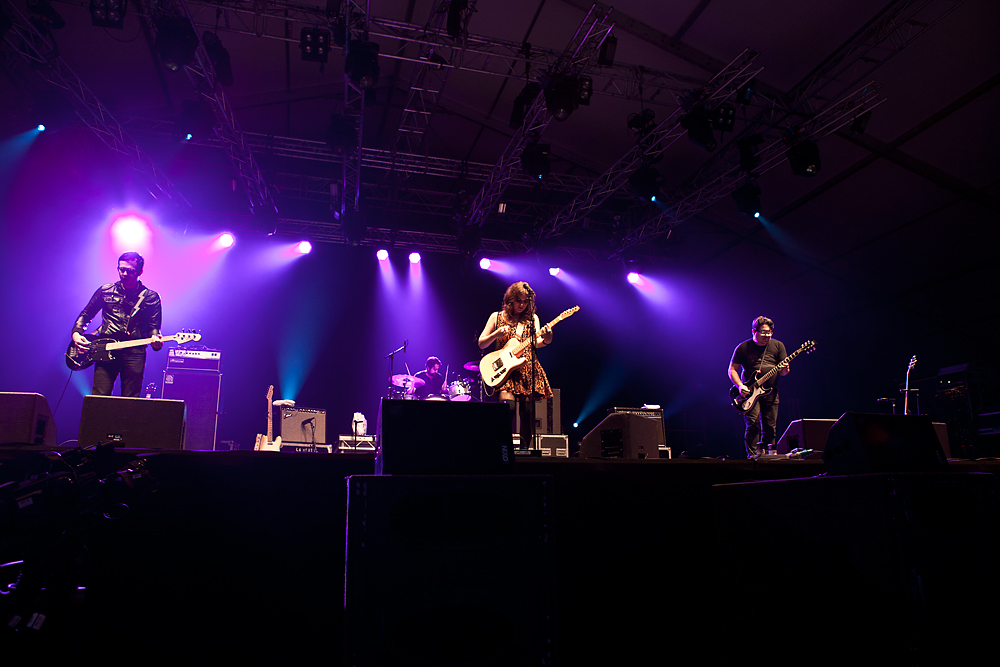 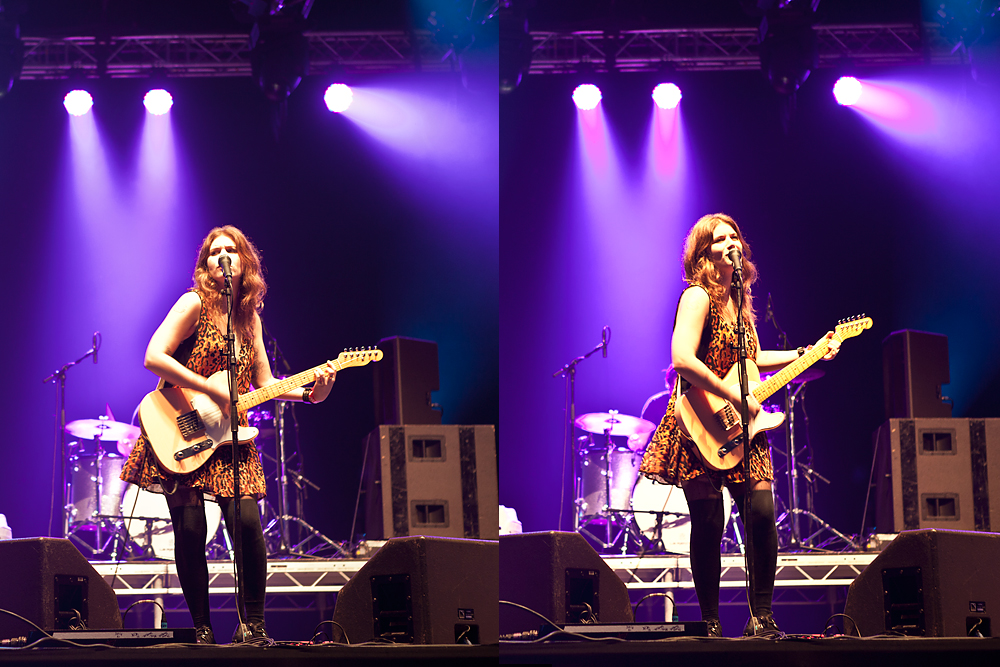 We really had been looking forward to see Best Coast live. Their dreamy surf-pop records had been spinning all summer long in our homes. But when the gig is over we stand a bit disappointed and ask ourselves if this was really it? Sadly the whole gig fell flat and felt…well.. just boring. When they play their hit songs “The Only Way” and “Boyfriend” it gives us a glimpse of what could have been but sadly we never get to see Best Coast at their best at all.

Raven Lord to reveal Fredrik Nordstrom for the final mix down 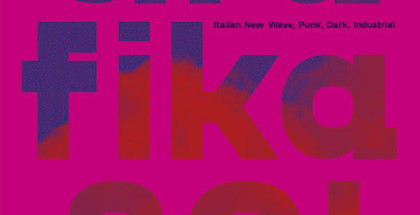 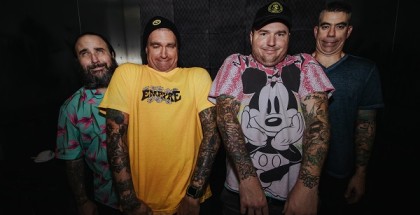