I’m here with Darian Rundall from L.A. One of the most known producer from the californian punk scene of 90′s (Pennywise, Suicidal Tendencies, US Bombs, Yellowcard) guests for a few days in my syudio and in my apartment in Vicenza (ITALY).

SD: HI DARIAN WHAT ARE YOU DOING IN ITALY?
DR: I’m on vacaition but I’m also meeting with bands and checking out some studios. As you know, I’ve done several records in Italy and it’s always a pleasure to come here to work with new bands.

SD: TWO THINGS THAT YOU LIKE AND NOT LIKE OF ITALY?
DR: I love the food and the history, not so much the trains and shops randomly deciding to close when I need something ;­)

­SD: HOW ARE THINGS GOING IN AMERICA IN THIS PERIOD?
DR: America is a vibrant place. There are a lot of hipster bands but also a lot of very good musicians who are trying to break though. There are about 300 million people in the US so this supports many different genres of music, even though you may only hear of Foo Fighters and Beyonce. There are many bands there who can make a living through cool music.

­SD: IT SEEMS MANY BANDS LOOK TO THE PAST FOR INSPIRATION INSTEAD OF LOOKING TO THE FUTURE WITH INNOVATION. WHAT DO YOU THINK ABOUT THIS?
DR: I think it’s great for young bands to learn from the past and the people who came before them. That was the way of bands like the Beatles and Rolling Stones. However, they made a new interpretation and created a totally new sound for the time. A lot of young bands try to copy older bands, which is not the same thing. You should draw from your favorite artists and be inspired to create something new, which hopefully later bands will also draw from. I feel like newer bands are not as creative but that may be due to the lack of record label support and having producers who can help the band take their influences and evolve into something new and great. Now bands are forced to fend for themselves and they are often not properly equipped. The historical role of the producer was to help bands in the creative process, which in turn helped the labels to ensure the album product would be viable and hopefully a big success for all. We have lost that system and it is taking a toll on the music.

SD: DO YOU THINK NOTHING NEW CAN BE INVENTED IN MUSIC?
DR: Of course there will always be something new in music. Music is art, and art always changes. Look at the changes from Da Vinci to Renoir to Picasso. Then comes someone like Pollock. Someone will always find a new way to look at and interpret the world, while making an emotional connection that works in a commercial way.

­SD: WHICH IS THE SOUND OF 10′S THAT WILL BE THE SOUND OF THE ’10s?
DR: The sound of 2010s is the sound of heavily edited music in pro tools and similar programs. A lot of music has lost it’s soul and I hope we gain it back in the near future. Bands need to learn to play inspired and with passion, not plugins.

SD: HOW THE SCENE IN LA IS CHANGED COMPARED TO THE CONTEMPORARY SCENE IN LA?
DR: The LA scene is very different. It is very vibrant still but it is nothing like it once was. There was a time not long ago when every weekend on Sunset Boulevard was like Carnival. It was difficult to move on the sidewalk because there were so many people, and they were all there for the LA music scene.

SD: IS THERE A PARTICULAR EPISODE HAPPENED TO YOU IN STUDIO DO YOU LIKE TO TELL US?
DR: One of my favorites is when I asked your friend Nicola of Dufresne to do a very long scream and he nearly passed out. That’s passion. It’s like if you play football, you should be dirty after the match or you didn’t play hard enough.

SD: OFTEN WE HEARD ABOUT ANALOG AND DIGITAL RECORDING WHAT IS YOUR THOUGHTS ABOUT IT?
DR: They are both tools. That’s it. There are some things I miss about analog and the sound is great if the machine and tape work well but I don’t miss the sound changing over time and the price of tape at $150 per 15 minutes!

SD: WHAT’S THE DIFFERENCE BETWEEN WORKING WITH OLDER ESTABLISHED ARTISTS AND YOUNG UP AND COMING ARTISTS?
DR: Older artists bring professionalism that younger artists don’t have. Also they are generally better players and often understand arranging much better. However, it’s often fun to work with new bands who are enthusiastic about being in the studio for the first time. They are like kids in a candy store. 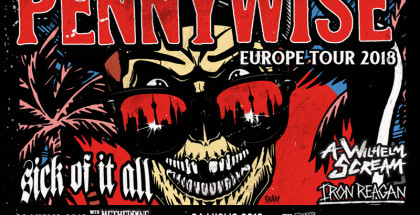 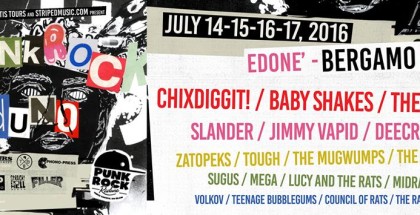